A woman who lives in the 8100 block of Addison Road reported that her apartment was broken into Sept. 30 and a love seat, a washer, a dryer and a television were stolen, police said. The burglar apparently entered through an unlocked window, police said.

Ross D. Metzinger, 32, of 5774 Merwin Chase Road, Brookfield, was charged with possession of marijuana and drug paraphernalia, fictitious registration, no seat belt and operating without control after his car went into a ditch Oct. 2 on North Albright McKay Road, police said.

Police are investigating a robbery attempt reported Oct. 3 at Circle K, 902 S. Irvine Ave. The 26-year-old clerk said a man wearing a white and brown hoodie, blue jeans, gloves and a nylon stocking over his face came in and told him to “put all the money in the bag.” The man’s words “didn’t sink in immediately,” as police put it. The clerk asked the man to wait a minute while the clerk went to weigh bananas, police said. The clerk realized what the suspect had said and walked back to the counter, but the man was gone, police said.

An Oct. 4 home invasion in the 8000 block of Addison Road did not appear to be random, police said. A resident answered a knock on a door and three men, two of them with handguns, entered the home, police said. The men stole a knife, a bottle of over-the-counter pain reliever, video game equipment, keys from a car and house, a cellphone and a tablet computer, dropping some of the items as they left, police said.

Christopher R. Troyer, 51, of 8169 Lorain St., Masury, was charged with receiving stolen property, fictitious registration, driving under suspension and possession of drug abuse instruments after he was pulled over for a defective headlight Oct. 4 on Brookfield Avenue and Alfred Street, police said. The license plate sticker was stolen and Troyer had a crack pipe on him, police said.

Terry E. McGowan, 63, of 949 Bedford Road, Brookfield, has been charged with cultivation of marijuana for having a pot plant by her porch, police said. The plant was discovered when Brookfield police assisted Hubbard city police Oct. 6 in a theft investigation, police said.

William N. Hoffman, 28, of 6179 Warren Sharon Road, Brookfield, was arrested Oct. 6 on a charge of domestic violence for hitting an 80-year-old Brookfield man and a 33-year-old Niles woman at home, police said.

Eric S. Neri, 40, and Danielle R. Duponty, 37, both of 7809 Rose Ave., Masury, each have been charged with cultivation of marijuana, endangering the welfare of a child and possession of drug paraphernalia stemming from the discovery of a marijuana grow operation Oct. 7 in their home, police said. The couple lived there with a 2-year-old girl, police said.

David A. Bayus, 62, of 1205 Broadway Ave., Masury, was arrested Oct. 8 at home on a charge of domestic violence for flipping a 56-year-old Masury woman backward in a reclining chair, police said.

Robert A. Oliver, 18, of 7638 Francis St., Masury, turned himself in Oct. 10 on a charge of pandering obscenity involving a minor for using his phone to record two juveniles having sex Oct. 1, police said.

Arthur M. Beyer, 43, of 373 Wintergreen Drive, Brookfield, was arrested on an unknown warrant from Hubbard Township Oct. 10 after he was pulled over for riding a motorized bicycle at 9:30 p.m. with “little or no headlight,” police said.

Police said they took two theft reports Oct. 11 from the same home in the 900 block of Owsley Street . Three people reported that items stolen included a set of hearing aids, a floor jack, a garden tiller, jewelry, about $200, a citizens band radio and a bed tent.

Deshawn A. Harris, 20, of 325 Columbia St., Sharon was arrested Oct. 14 on a charge of falsification stemming from an encounter May 8, police said. Harris was a passenger in a vehicle pulled over for traffic violations and the driver was subsequently arrested for drunken driving, police said. At the time, Harris gave police a false name, police said.

Police said they impounded vehicle found in a ditch Oct. 14 on Short Street near First Street.

Someone scratched and dented a minivan Oct. 18 in the 900 block of Judson Road, police said.

Someone drove a vehicle into three mailboxes, dislodging them, Oct. 19 in the 7200 block of Brookwood Drive, police said.

Champ’ell L. Tatum, 26, of Kansas City, Mo., was charged with possession of marijuana and driving under suspension stemming from a traffic stop for a defective headlight Oct. 25 at Addison Road and Wahabe Court, police said. 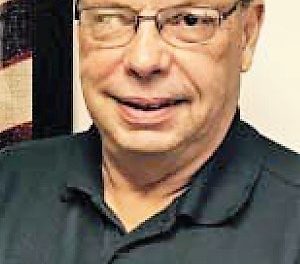 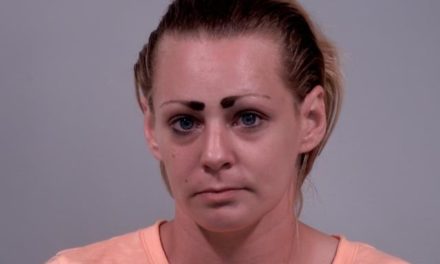