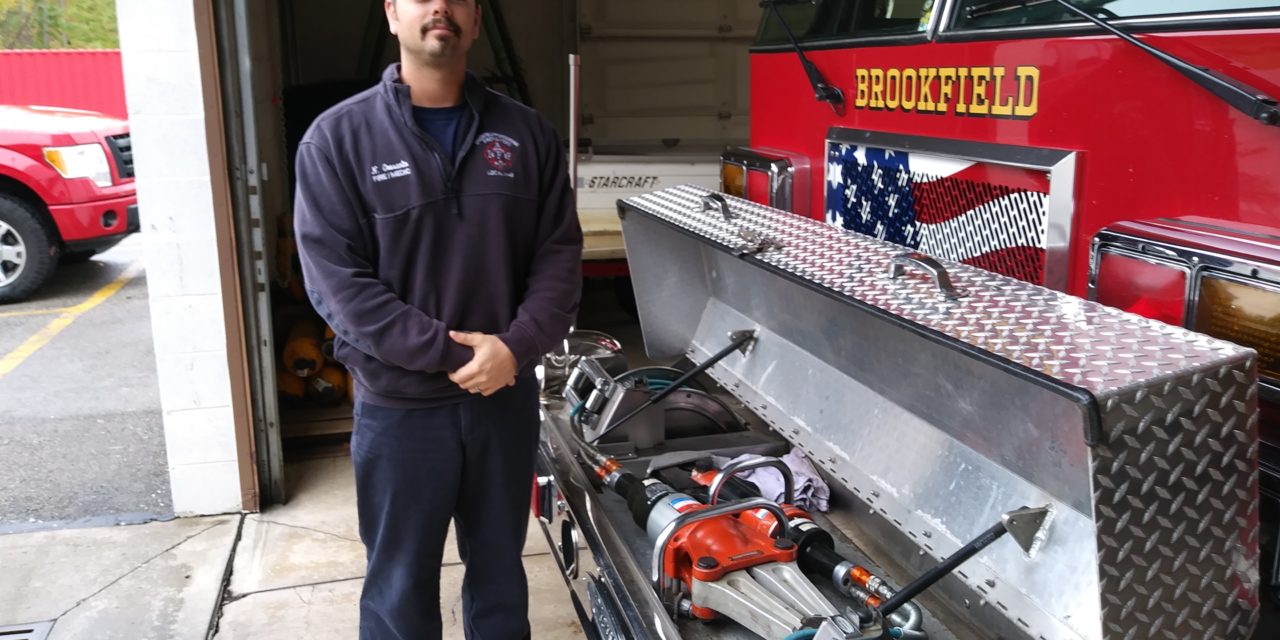 The Jaws of Life, the cutting and spreading tool used by many rescue agencies to extricate people from crashed vehicles, has been invaluable to the members of the Brookfield Fire Department.

However, like with many other manufactured products, the Jaws can become obsolete or, at least, less functional, than it used to be.

The department’s Jaws, also know as the Hurst tool, was made in 1989.

“It’s so old, they don’t even make parts for it anymore,” said Lt. Nick Cresanto. “We’ve been limping it along.”

The tool is less effective on newer cars, he said.

“Today’s manufacturers of cars, the safety things that they have in place, the cages that they have around the people in the passenger compartment, are tougher steel,” Cresanto said. “It’s tougher for us to get to people. In 1989, the cars were built way different than they are now. The strengths and the cutting forces on this equipment are very antiquated.”

The department applied to the Federal Emergency Management Agency for a grant to replace the Jaws and buy other rescue tools, and has been awarded $62,418, said Fire Chief Keith Barrett.

In addition to a new set of Jaws, the department is getting new cribbing and stabilizing struts, both used to stabilize and secure a vehicle before first responders work on it, and airbags for lifting or stabilizing, Cresanto said.

“Airbags are something new to us,” he said. “We’ve never had airbags, so that’s a plus with this grant.”

In the grant, the department stressed the heavy truck traffic is gets in town and the special circumstances rescue efforts involving trucks pose to firefighters, Cresanto said.

Brookfield trustees will open bids for the rescue tools at their Nov. 6 meeting.

The department has been fortunate with FEMA grants, using them in the past to buy an engine and a hose dryer, Cresanto said. An application for $480,000 to replace another engine was denied, but the department is eligible to reapply, he said.

“Without their help, a lot of this (equipment) would go by the wayside because it’s so expensive,” Cresanto said.