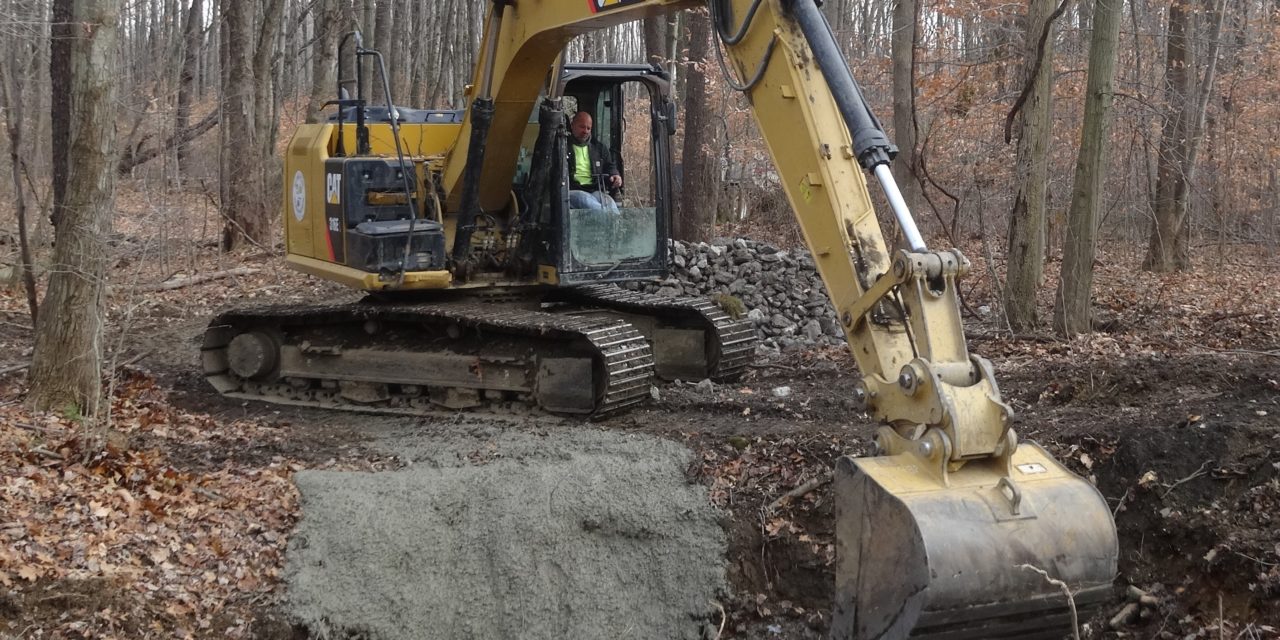 Editor’s note: This story differs from the one published in the January print edition of NEWS On the Green because we obtained additional information.

Ohio Department of Natural Resources reclaimed two parts of a coal mine in a December project in Brookfield Township Park.

The larger section was a former air shaft, some 70 to 90 feet deep, in the woods in the northwest corner of the park, said Tim Mulligan, park superintendent, who kept tabs on the work for the trustees.

The second section was to the east of the open field, also called “the pond,” at the back of the park, which was an entrance to the mine, he said.

“It was a successful project,” said ODNR spokesman Eric Heis.

Malcuit started by digging out the material that had been dumped there, Mulligan said.

“There was so much trash in there,” Mulligan said. “We found bottles from 1870 and earlier. They dug all that out. There was industrial waste in there. There was commercial waste. There was residential, farm equipment, a quarter panel to an old Dodge.”

The mine was opened in 1862 and operated until 1893, according to documents posted on the ODNR web site.

Mulligan said workers found granulated soil that was discolored and had to be disposed of, but Heis said no discolored soil was found.

The holes were filled with stone, concrete and dirt, and “crowned” with dirt piled higher than the surrounding topography so water runs away from the shafts, Heis said.

A drain pipe was installed under one of the walking paths, he said.

State officials pointed out dead or dying trees they said should be cut down to prevent infecting healthy trees, Mulligan said.

“The state was real impressed with the community and the park itself and the potential in the park,” Mulligan said. 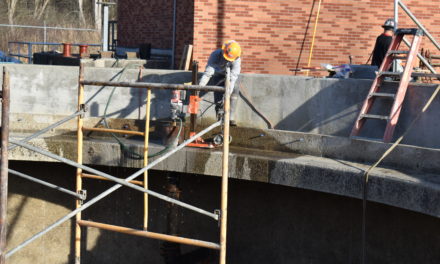 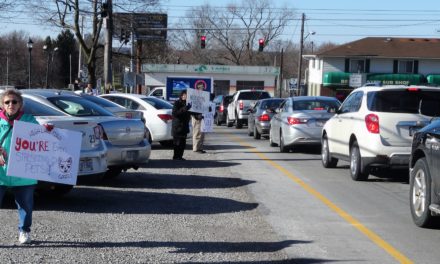