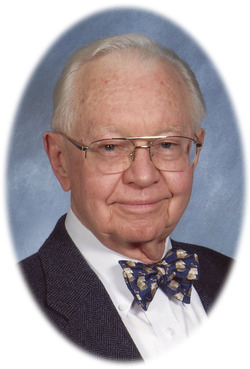 Editor’s note: This guest column was written by James A. Raykie Jr., retired editor of The (Sharon, Pa.) Herald, as a tribute to his former boss and mentor, James A. Dunlap, a pioneer in community journalism in the Shenango Valley. Dunlap died Jan. 16, 2018, at the age of 95.

By JAMES A. RAYKIE Jr.
Journalism throughout the Mercer County area and Pennsylvania lost one of its true pioneers with the passing of former editor of The Herald Jim Dunlap.
I owe my 42-year career that I spent in The Herald newsroom to Jim, who hired me as a reporting intern from Penn State’s School of Journalism in the summer of 1973. He liked my work, unpolished as it may have been at the time, and asked me to return during Christmas break to write obits. I jumped at the chance.
He gave me one of the best Christmas presents of my life when he hired me as a full-time reporter before I returned to University Park from break. He said he would hold the job open until I graduated, but expected me back in his newsroom the Monday after commencement. I graduated on a Saturday on June 8, 1974 and was at his office doorstep on Monday morning.
Jim, who was 96, was an “editor’s editor,” a news junkie at heart who ran his newsroom everyday with that passion, and expected the same zeal from his staff. But his influence extended far beyond Dock Street by just the mere publishing of the day’s local, national and world news. Jim was a major force at the statewide level, always striving to push the status of journalism in Pennsylvania to new heights.
He accomplished this through his long membership in the Pennsylvania Society of Newspaper Editors and his pioneer efforts with Penn State Liaison Committee, a group of Pennsylvania newsroom leaders who worked hand-in-hand with the faculty at the Penn State School of Journalism to raise the bar not only in newspapering, but in the classrooms of professors teaching budding journalists. Jim was a leader in ensuring that Penn State professors were teaching their students in concert with what the profession expected and needed from them when they graduated.
His elegantly-penned obituary (which can be seen at the McGonigle Funeral Home and Crematory website) detailed Jim’s long list of civic involvement. Jim’s credo: It wasn’t enough only to report on the community, but as a part of the community, it was his duty to be a community leader while walking the delicate line of objectivity when reporting the news.
Jim passed the torch to me as editor of The Herald in 1987 when he retired. I remembered being thrilled about being named editor of my hometown newspaper, and filled with uncertainty knowing the shoes I was being asked to fill. I did my very best to fill them, and of course, I never did. The only person capable of filling Jim’s shoes was Jim himself.
After he retired, and while the way journalists worked began to change dramatically from the routine that was the standard while he was leading the newsroom, he was a regular visitor to my office at The Herald until his health started to decline. I always enjoyed our conversation, which usually centered on Penn State football and of course, newspapering.
Jim would tell me what he liked about The Herald’s coverage and what he disliked, and I respected him for that – that he still cared. Although he was many years removed from the job, he never left without me feeling that I had learned a little something that day, usually perspective, and maybe his grade for The Herald’s performance. He remained to the end, a voracious reader of newspapers, first being The Herald.
I smile when I think about the many times that we didn’t see eye-to-eye when I was working for him, and we’d meet behind his closed office door and he’d peer through his glasses clouded by the puffs of smoke from his pipe, and tell me rather directly that I didn’t have all of the answers like I thought I did.
But he admired my love of newspapering, at times offering advice, reprimanding me, and more often than not, providing perspective – the same perspective he would provide throughout the many years of stopping by and saying hello. 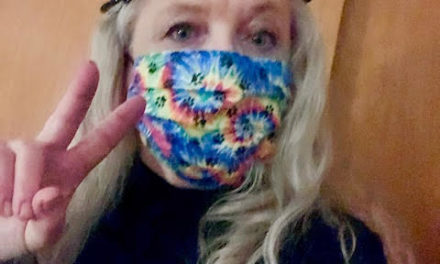 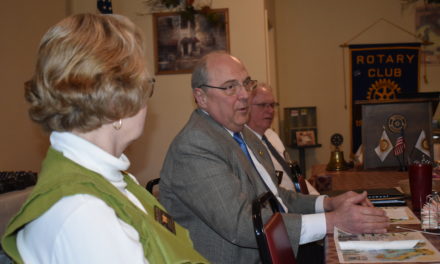 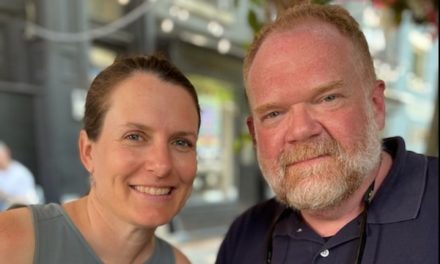 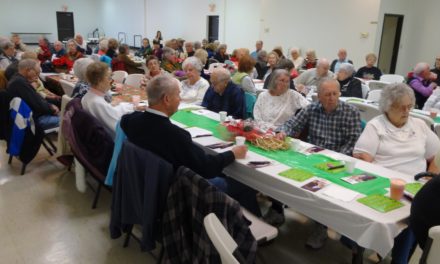