“I’m disgusted and ashamed of myself,” Stephen M. Sample said of his conviction for possessing more than 1 million images of child pornography.

Sample, 44, of 2098 Custer Orangeville Road, Masury, told Trumbull County Common Pleas Court Judge W. Wyatt McKay Wednesday that he had “things going on” in his life at the time police raided his home in August 2015 and had fallen into a “deep depression.”

With the help of counseling and family support, Sample said he now knows better.

“I can recognize the lines and not go down that road again,” Sample said.

A risk assessment backed up that statement. Sample is considered a low risk for committing the crime again, McKay said.

When you couple that risk assessment with his “clean record,” and his “genuine remorse,” Sample deserves 5 years’ probation for his crime, not prison time, McKay said.

The number of images flies in the face of Sample’s statement that his crime was the result of what was going on in his life, Wildman said

“It shows a certain dedication to his craft,” Wildman said.

Sample is a military veteran who has maintained employment throughout the case and has “lived a good life up to this point,” said his attorney Robert Kokor.

Sample’s phone and internet access will be monitored, he will be subject to random, warrantless searches, and he is not allowed to have unsupervised contact with children outside of his own kids, McKay said.

Sample also has to register as a sex offender for 25 years.

McKay warned Sample that any violation of the terms of probation will result in a 4-year prison sentence.

Sample was charged by the Trumbull County Sheriff’s Office. He pleaded guilty in January to 15 counts of pandering sexually oriented matter involving a minor.

Sample was arrested Aug. 23, 2016, on the indictment, but was released the same day and has been free on bond since. 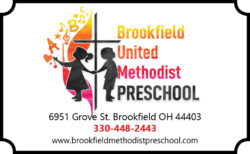