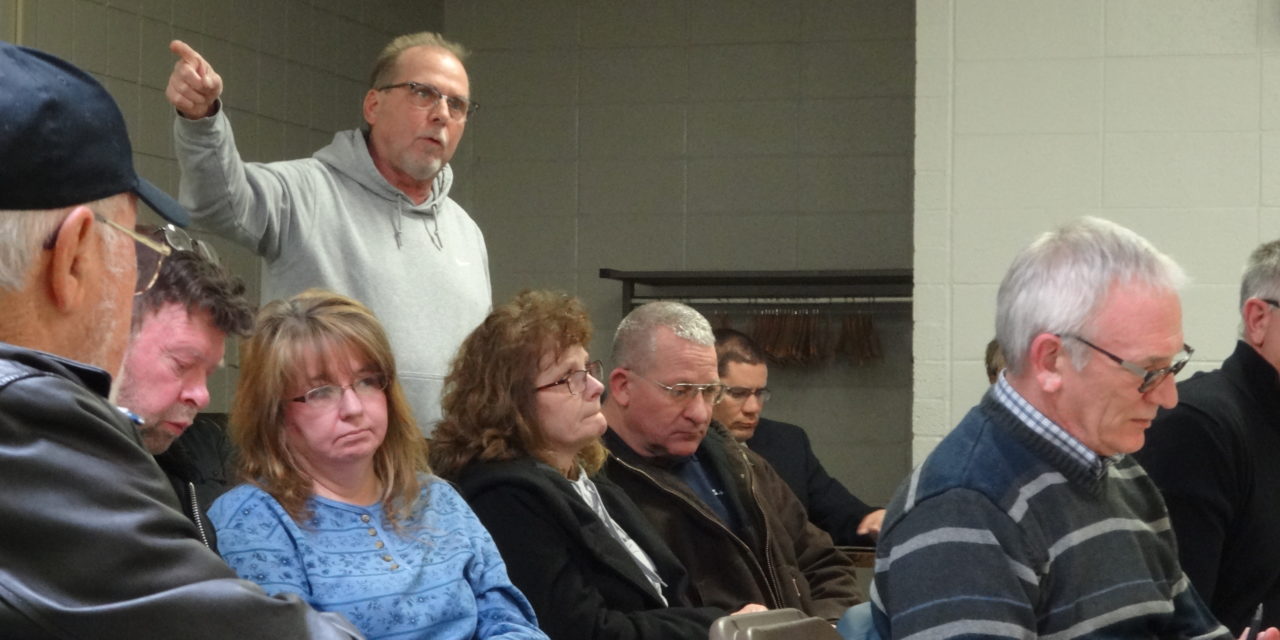 Trumbull County commissioners on March 28 approved a long-gestating project to extend sanitary sewer service in the area of Bedford and Stewart Sharon roads.

Trumbull County’s Engineers office will piggyback on the project to widen Bedford Road between Route 62 and Stewart Sharon after the sewer work is done. The paving project has been on hold while the sanitary sewer project played out, said Deputy Engineer Gary Shaffer.

Citizens commenced the sanitary sewer project by submitting a petition to the county in 2007, with 80 percent of the residents signing in favor of the extension, said county Engineer Randy L. Smith.

Trumbull County Sanitary Engineer’s Office designed the project, which will serve 41 existing buildings, from the intersection east on Stewart Sharon to Hubbard Thomas Road and south on Bedford to Route 62.

County officials secured three grants from state, county and federal sources to cover $1.15 million of the $1.5 million project cost. The project cost is “relatively high” when you consider the number of connections, which is why officials went looking for extra money to bring down the cost to property owners, Smith said.

The relatively high cost is due in large part to a prevalence of hard rock in the area that will have to be cut through, said Chuck Miller, project manager with the sanitary engineer’s office.

“It’s going to be a tough project, especially on the Stewart Sharon Road section,” Miller said.

The remaining $380,000 needed to complete the project will be borrowed from the Ohio Environmental Protection Agency at no interest, the principal paid back by property owners over 30 years. They will be billed $27.52 a month on their sewer bills, that charge added to the monthly usage fee, largely based on consumption. 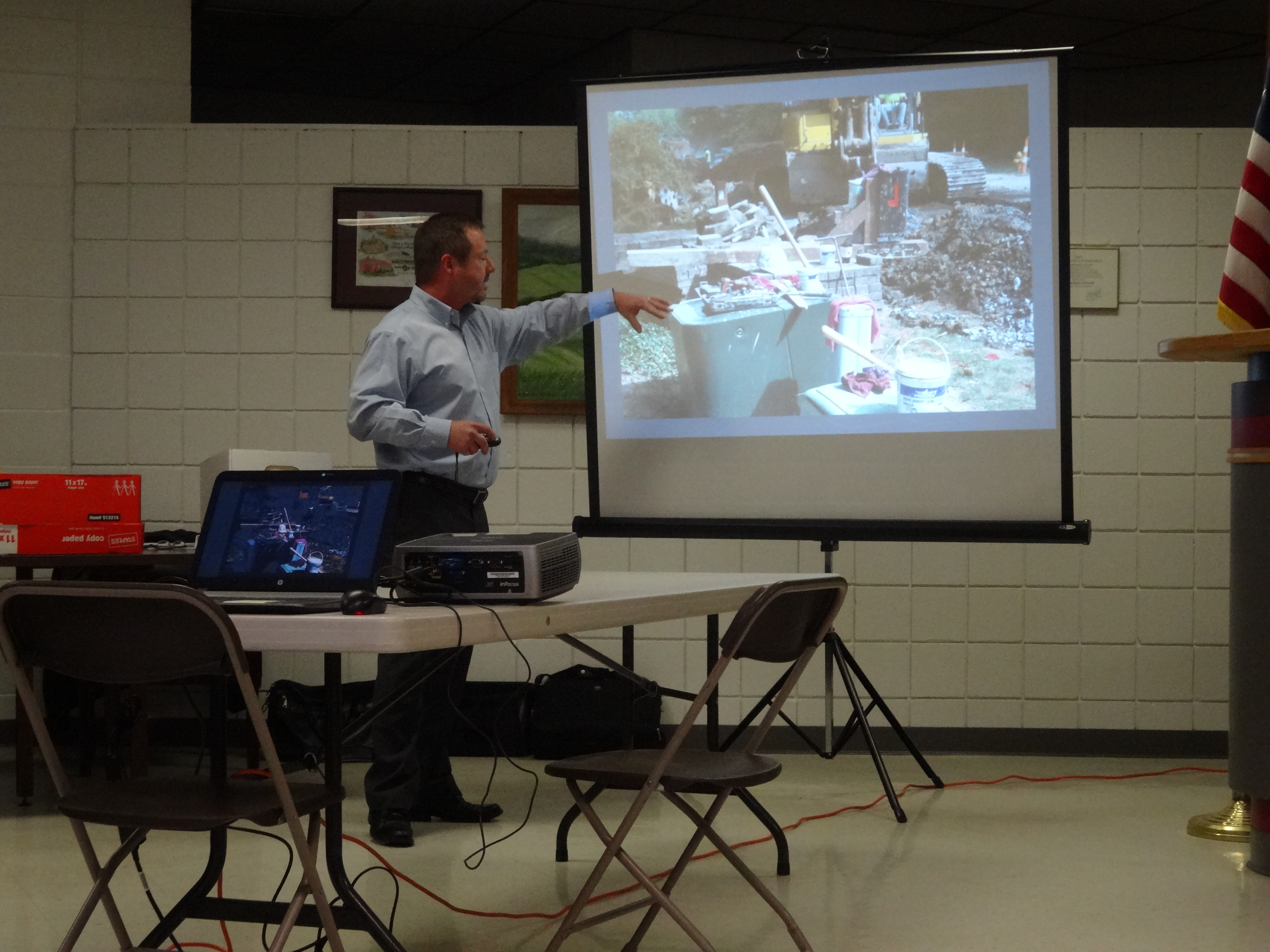 The average family uses 4,500 gallons of water a month, which would result in a monthly sewer bill of $31.07. There will be a minimum consumption bill of $21.98.

Property owners will pay a number of up-front costs on top of a monthly sewer bill, but how much they will pay will depend on several factors.

Property owners who live in their homes and meet low- and moderate-income guidelines will not have to pay $1,800 of the tap-in fee, this cost covered by a Community Development Block Grant.

The tap-in fee can be financed over five years.

“It’s too much money,” David Purich of 1193 Bedford Road told the commissioners at a March 15 public hearing. “I just oppose.” 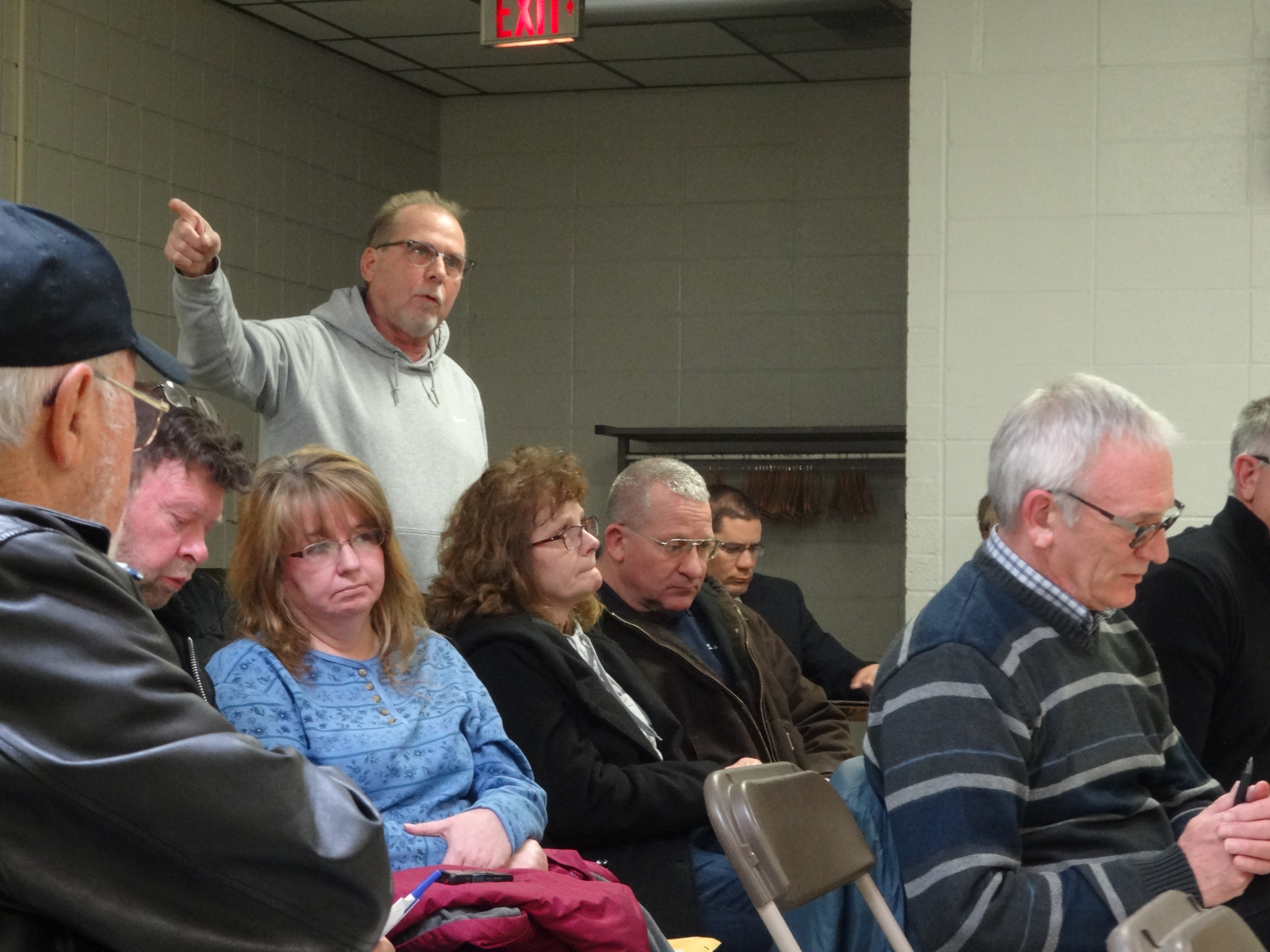 David Purich of Bedford Road speaks against a sanitary sewer extension project in his neighborhood.

But, Purich’s opinion was in the minority. Commissioners said 93 percent of property owners favored the project with only 7 percent opposed.

John Kinsey of 1226 Bedford Road said the cost is “way less” than what he would have to pay to upgrade his septic system, and he is for the project “completely.”

The funding formula also does not include a front-footage assessment, a common charge to pay for utility extensions.

“I got two lots and that frontage would have killed me,” said Neno Perrotta of 7398 Stewart Sharon Road.

Zvanko Juratovic of 1187-89 Bedford Road was one of the original petitioners.

“I’m very happy this went through,” he said.

Officials hope to advertise for bids in April and award a contract in May or June, said Gary Newbrough, deputy sanitary engineer. The work should be completed next summer, after which a separate contractor will widen and pave Bedford. The road project also includes improving drainage, and building curbs and driveway aprons.

The road is only 18 feet wide, which is not wide enough for a snow plow and a school bus to pass each other and allow each of them to stay on the road, Shaffer said. As a result, heavy vehicles have eroded the edge of the road and damaged drainage infrastructure.

This road work will be done at the same time private contractors will be installing lateral lines from homes to the newly installed sewer lines, he said.

“There’s going to be a lot of money invested in that road,” Shaffer said. “It’s going to come out good.” 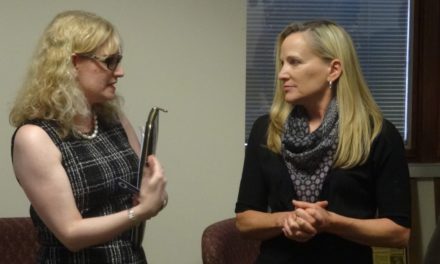 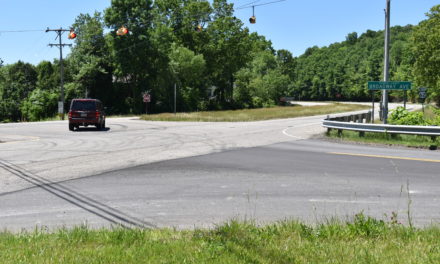