To fully alleviate the flooding problems in the Masury area south of Route 62, it would take a multi-million-dollar project.

You would have to lower storm sewer pipe deeper into the ground than it is, working around, and possibly moving, sewer and water lines.

“It would be unfathomable,” Trustee Ron Haun told residents at the May 7 trustee meeting. “We can’t get a road levy passed and we’re going to do a million-dollar project?”

Short of that, trustees are looking at low-cost ways to at least lessen the impact of high storm water flow.

Trustees this spring met with representatives of Trumbull County and the Ohio Department of Transportation to see what could be done.

There are a number of problems with the storm sewer system, including non-uniform pipe diameters, separated sections of pipe, silt building up in pipes and beavers building dams in ditches. But, the major problem is a design flaw.

“What happens in that area is the Shenango River backs up, along with Yankee Creek, then it backflows along the railroad tracks, goes and fills up the ‘banana pool’,” Haun said. “You also have that low-lying area where all the water comes down in Masury, crosses Standard Avenue – it’s a major flat area.”

Short of building a new storm sewer system, the state, county and township have or will be cleaning out ditches on their respective rights-of way, looking for obstructions with the pipes and removing beaver dams when the rodents come back.

“We found the majority of issues are off ODOT’s right-of-way and are up to the township to fix,” said ODOT spokesman Brent Kovacs. 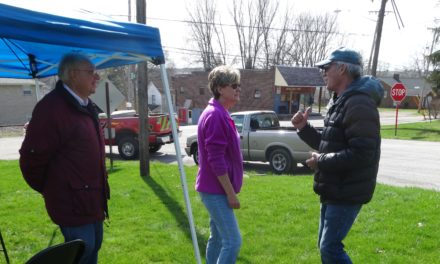 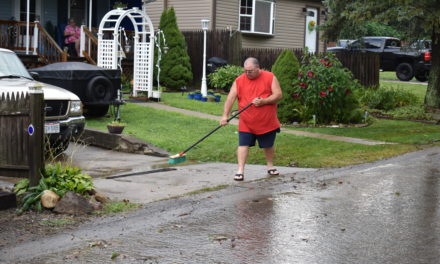 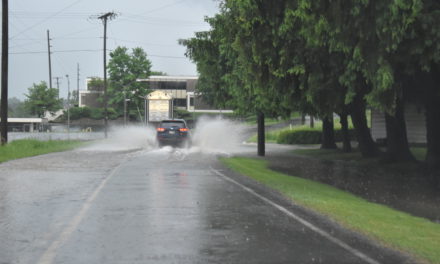