Technology is everywhere, said Brookfield Middle School Principal Toby Gibson, estimating that 80 percent of his students have cellphones.
“I think kids are surrounded with it,” he said. “They use it more than we do.”
With technology so prevalent, and students so interested in it, Gibson would like to use it as a teaching tool. That’s why he has been on a quest to improve the school’s science, technology, engineering and math offerings.
The school has a three-dimensional printer and, this year, will start robotics teams in the seventh and eighth-grades. He’s hoping the district can find a way to purchase a technology package that would include more three-dimensional printers, a laser etcher and other equipment.
The school board would like to “move in that direction” as board members Tim Filipovich and George Economides put it, but Filipovich said STEM programming should be a district-wide initiative, not just a middle school one.
Because of student interest in technology, they are willing to try things – and fail, an important aspect of learning, Gibson said in a July 24 interview.
“I think that’s where schools in general right now miss the mark – allowing the kids the opportunity to create and fail and redesign,” Gibson said. “Right now, not just here but, I think, everywhere, we get so focused on testing and we have to hit the standards. Kids are kind of spoon fed. When things get challenging, it’s real easy for them to kind of pack up and give in.”
This approach, where failure is essential to the learning process, actually can pay dividends when testing time rolls around, he said.
“When they go in front of those tests in the spring, it doesn’t matter what the question is,” Gibson said. “We’ve kind of helped hone skills that they can sit, read and reread and try and try again without frustration.”
Specifically, Gibson is asking the board to lease a STEM package from Inventor Cloud of Youngstown that would include a laser cutter, a 3D printer and other items.
The cost would be $22,000 paid over four years, and Gibson has rounded up donations to pay for the first year, said Superintendent Velina Jo Taylor at the July 25 school board meeting.
“I also want us to broaden our thinking a little bit because, when a student enters fifth grade, if they haven’t had any exposure to STEM curriculum, the interest level may not be where it needs to be,” Filipovich said.
There are programs available that “provide STEM lessons that you can integrate into all the core contents,” he said. “STEM is just a way of thinking and it’s a process of how you learn, how you work, not just a 3D printer, so I think that, if we’re going to move in that direction, we should move in that direction k through 8, and then maybe try to build something for ninth and 10th and 11th-graders and 12th-graders as we go forward.”
“You’re making a great point,” Taylor said. “One of the concerns that I had when we started to talk about this is that we don’t have a real good plan for how to make this all work. We’ve sent some people out and they’ve looked at curriculum, but we really haven’t talked about how do you make that connect to your standards.”
Taylor added: “From the research that we have done, we know that your STEM program can run the gamut from equipment that is as simple as tape and cardboard and scissors and glue all the way up to laser cutters and 3D printers and expensive technological machinery. Their eyes all have stars in them and they really, really, really would like to start out with equipment, but that comes at a cost and it’s fairly expensive.”
Treasurer Craig Yaniglos expressed reservations about the terms of the lease.
“In terms of the financing part that I expressed concern about is it’s basically, like, 9 percent interest, which is pretty high,” he said.
Taylor said she will take the board’s thoughts back for more discussion internally.

At the Aug. 15 school board meeting, Taylor gave this update on STEM discussions::

“I presented Toby’s three-year, very ambitious STEM plan, which involves, in the third year, having a building built, which I think is unrealistic in its approach. We have concerns about how that’s going to connect to our curriculum. We have great ideas and a lot of enthusiasm but, as you even asked, is this linking to the curriculum the way we want it to link the curriculum? I don’t know that that plan addresses that. It talks a lot about how to use what would be provided to us through Inventor Cloud and Inventor Cloud, from the promotional materials that I’ve read, said that it does connect to the Ohio content standards, so take them at their word we’ll probably be offering our kids lessons that do make connections. It does run k through 12 and they do have suggestions on how to implement it at each of the grade levels. You start with one per semester in kindergarten and you kind of build each year so that the kids get more and more hands-on activities that are directly STEM-related. I have not seen the curriculum enough to say whether it can be used without the major equipment purchase that he (Gibson) has asked for. I’d be more comfortable if maybe we could pilot the curriculum for a year prior to investing in big pieces of machinery that we might not get as much use out of as we would like to. I can’t say whether that’s something that will work because I haven’t looked to see how tightly those things are woven together in the Inventor Cloud curriculum. I don’t have the answer to that, yet.” 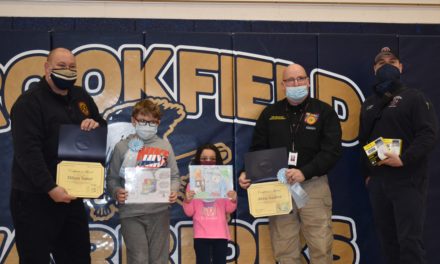 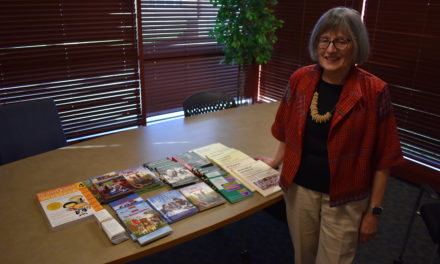