The goal of the Brookfield Police Department impound lot is not to make money or take business away from other impound lots, although it has done that.
The goal is “to partner with (drivers) to make sure the cars that went (out) were legal,” said Police Chief Dan Faustino. 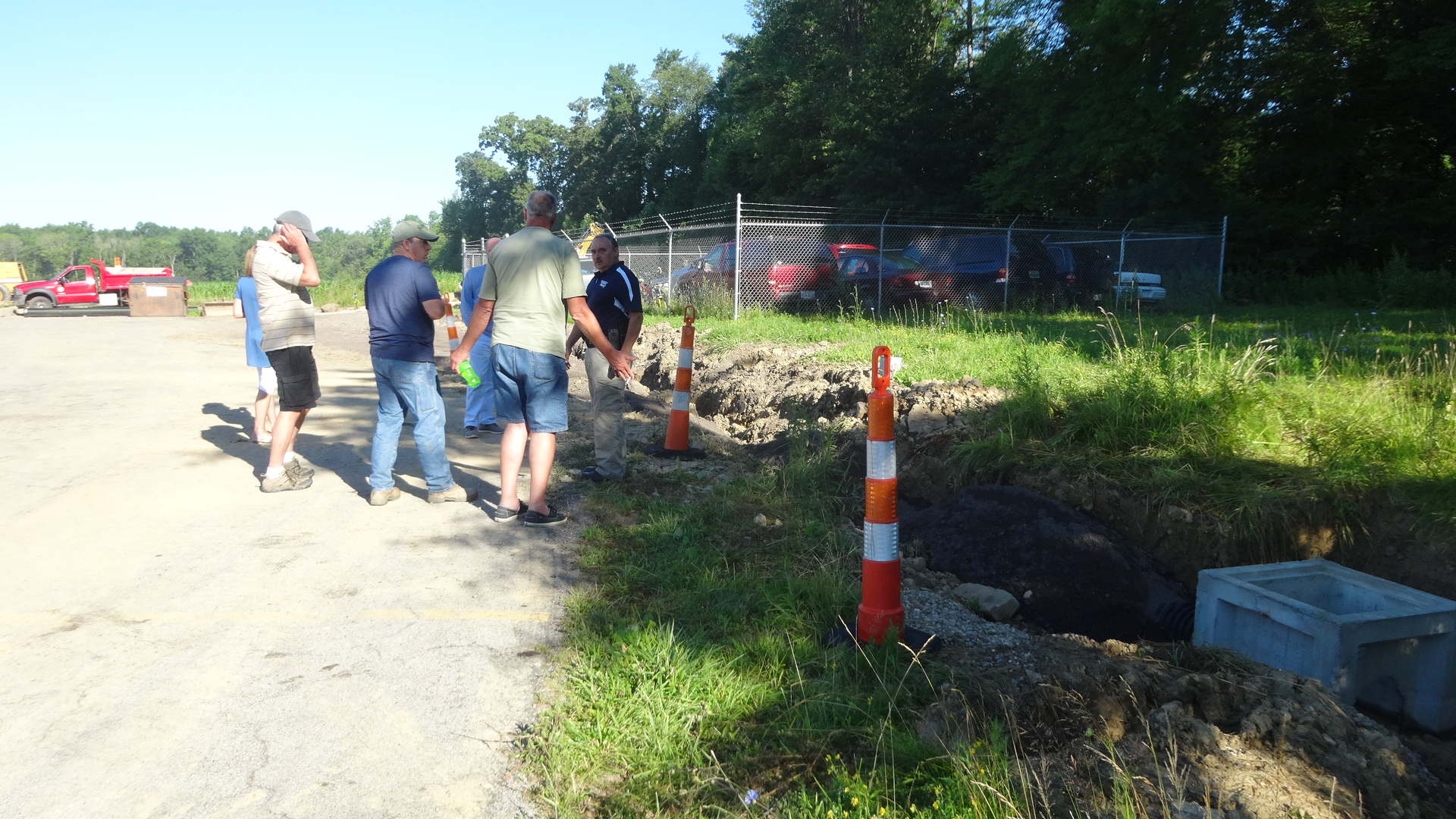 Police Chief Dan Faustino, right, shows trustees and others the work the road department had to do to prepare for an expansion of the impound lot.

The program has been successful enough that the lot is too small. The trustees in March approved paying Youngstown Fencing $3,986 to expand the lot, a project that only was completed in July because the township road department had to prepare the ground and move drainage ditches to accommodate the expansion. Rainy weather delayed work.
The impound lot is a secure place to keep vehicles that are pulled over by policemen, who find the vehicles are not registered or the drivers do not have licenses or insurance.
It also holds found vehicles and bicycles.
“A lot of times, we give them guidance and we’re able to work with a lot of people and get their licenses reinstated before the cars come out of the lot,” Faustino said in March.
Police come in contact with dozens of vehicles a month that shouldn’t be on the road, he said.
“It’s a problem,” he said.
Police also discover cars that have mechanical issues, Faustino said.

“A lot of them are, frankly, unsafe, shouldn’t be on the road, so they end up not getting picked up or people can’t get titles for them because they have fictitious plates,” he said. “They get sold on the Govdeals auction site and most of those junked for scrap value.”
The department charges a $45 administrative fee, which Faustino said was about $30 less than many impound lots charge.
Those fees added with the sale of junk vehicles on Govdeals amount to about $11,500 a year, Faustino said.
“We’ve used that towards our purchase of vehicles, so that’s money we don’t have to go to taxpayers for and we’re able to keep our fleet updated,” he said.
Faustino used money generated from the impound lot for the expansion project.

UPDATE: The total cost of expanding the impound lot, when you add in pipe and gravel for drainage, was about $5,000, Faustino said on Aug. 27. In addition, the Brookfield Road Department spent three days on the project, said Road Superintendent Jaime Fredenburg.