Editor’s note: Brookfield officials tentatively have set an Oct. 23 meeting with the Trumbull County Engineer’s Office to talk about these flooding issues.

It was news to no one that there is a flooding problem in the Valley View residential development in Brookfield, but it was news to township officials how extensive the problem is.
Officials have talked about problems in the Wildwood Drive and Valley View Drive areas, but Steve Franz said he has had flooding for years where he lives on Northview Drive.
Franz said there is a stream that runs through his property and possibly springs above it, and the topography of the land probably brings water from Route 7 onto his property.
“That water comes down, just where it starts to curve,” Franz said at an Aug. 13 trustees meetings dedicated to flooding in Valley View and lower Masury. “I get the wash all the way down.” 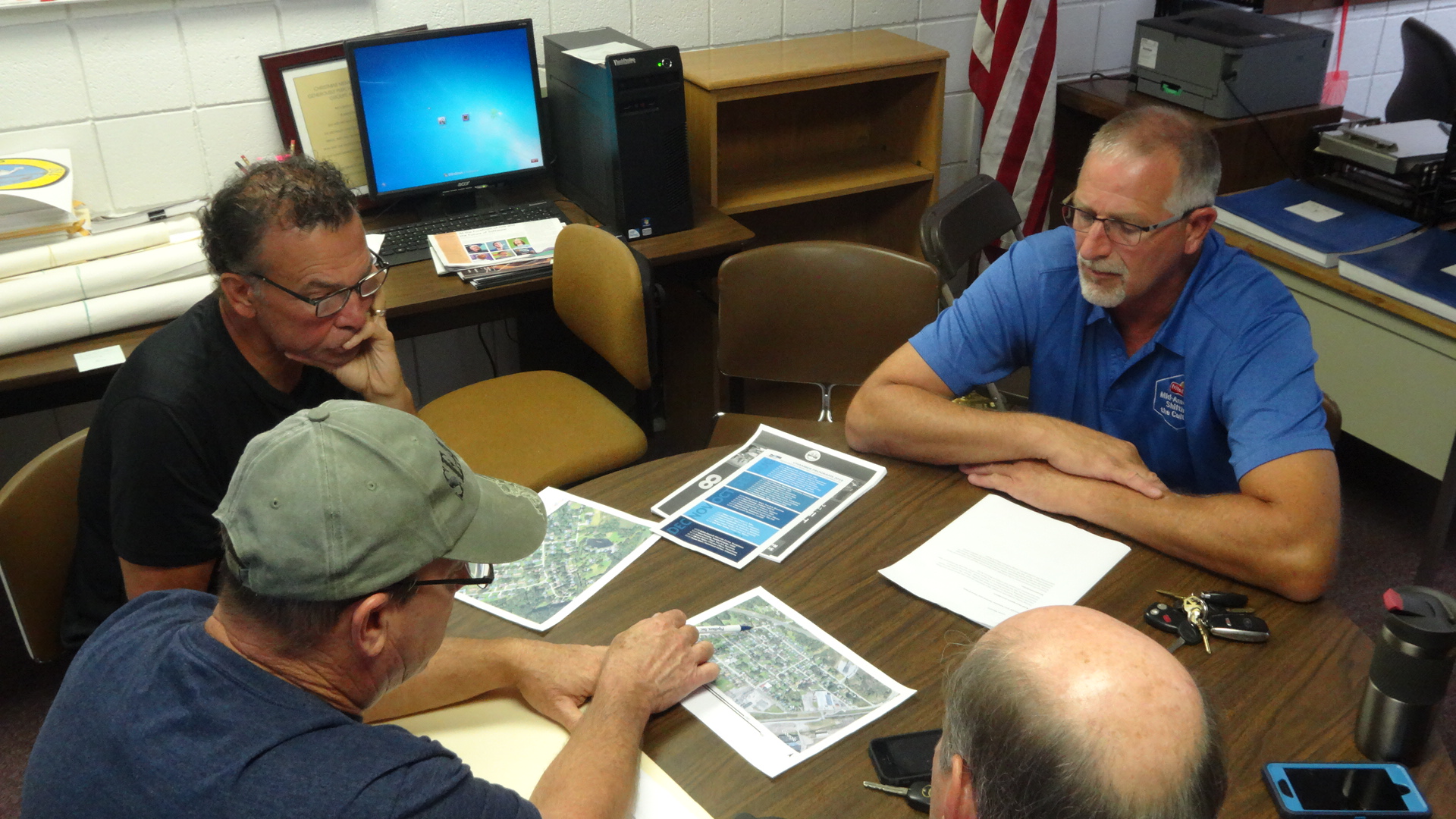 Brookfield Road Superintendent Jaime Fredenburg, in hat, points to a map to show an area that floods in the Valley View neighborhood. Also shown are, clockwise from left, resident Steve Franz and Trustees Ron Haun and Gary Lees.

In the 38 years Franz has lived there, he has removed decorative landscaping because it washed out in heavy rains, installed drains all over the property and put in “speed bumps” in his driveway to try to keep some of the water away from the house.
“We didn’t look at that end all the way up there,” said township Road Superintendent Jaime Fredenburg. “We know there’s an issue down below. I didn’t even know you’re getting water.”
Add it to the list.
The issue in the Wildwood area “involves excessive overflowing at the culvert at Crestwood Drive,” Fredenburg said. “The water comes down behind the houses there up from the upper part of the allotment, comes to Crestwood, jumps the pipe, and it splits, goes around John Zebroski’s house, down Wildwood.”
While there is some yard flooding on Valley View Drive, the bigger problem is water getting into basements, he said. That likely is caused by the combined sewer system, where downspouts and drains take rain water into the sanitary sewer system, Fredenburg said.
“Once we get heavy rains, it floods the sewer system, and then it backs up into some of the houses,” he said.
The Masury flooding is a result of many things, from broken and undersized pipe and residents filling in and building on swales to debris and vegetation collecting in ditches, officials said. But, even addressing all those problems won’t end all flooding. The topography of the land at the bottom of Second and Third Streets, across Hubbard Masury Road and to the Shenango River, is flat, officials said.
If the Army Corps of Engineers would dredge the creek in that area, which takes water to the river, more water would move away more quickly, Fredenburg said.

“It’s not going to happen,” Fredenburg said. “It involves federal authorities, the Army Corps of Engineers. If they don’t perceive it as a large enough problem to address, there’s not a lot you can do about it.”
Fredenburg said he will ask the Trumbull County Engineer’s Office to conduct studies of the flooding areas, and come back with options to alleviate the problem and cost estimates.
There might be some grants and no-interest loans available, but residents would have to share in the cost for any fixes, he said.
Trustee Ron Haun said he would like to meet with residents after the engineering reports come back and outline the options and costs to see if there is a way to get something done.
“I’m tired at seeing the can kicked down the road,” he said. 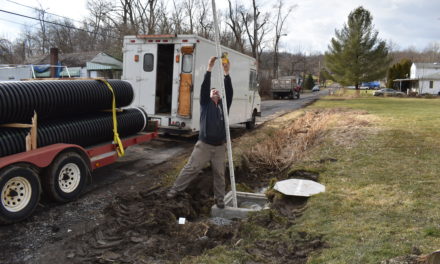