Christmas in the Country originated as a fundraiser for Brookfield High School’s Drama Club, a way to ease the financial strain on the parents of the thespians, said club adviser Megan Rodgers. 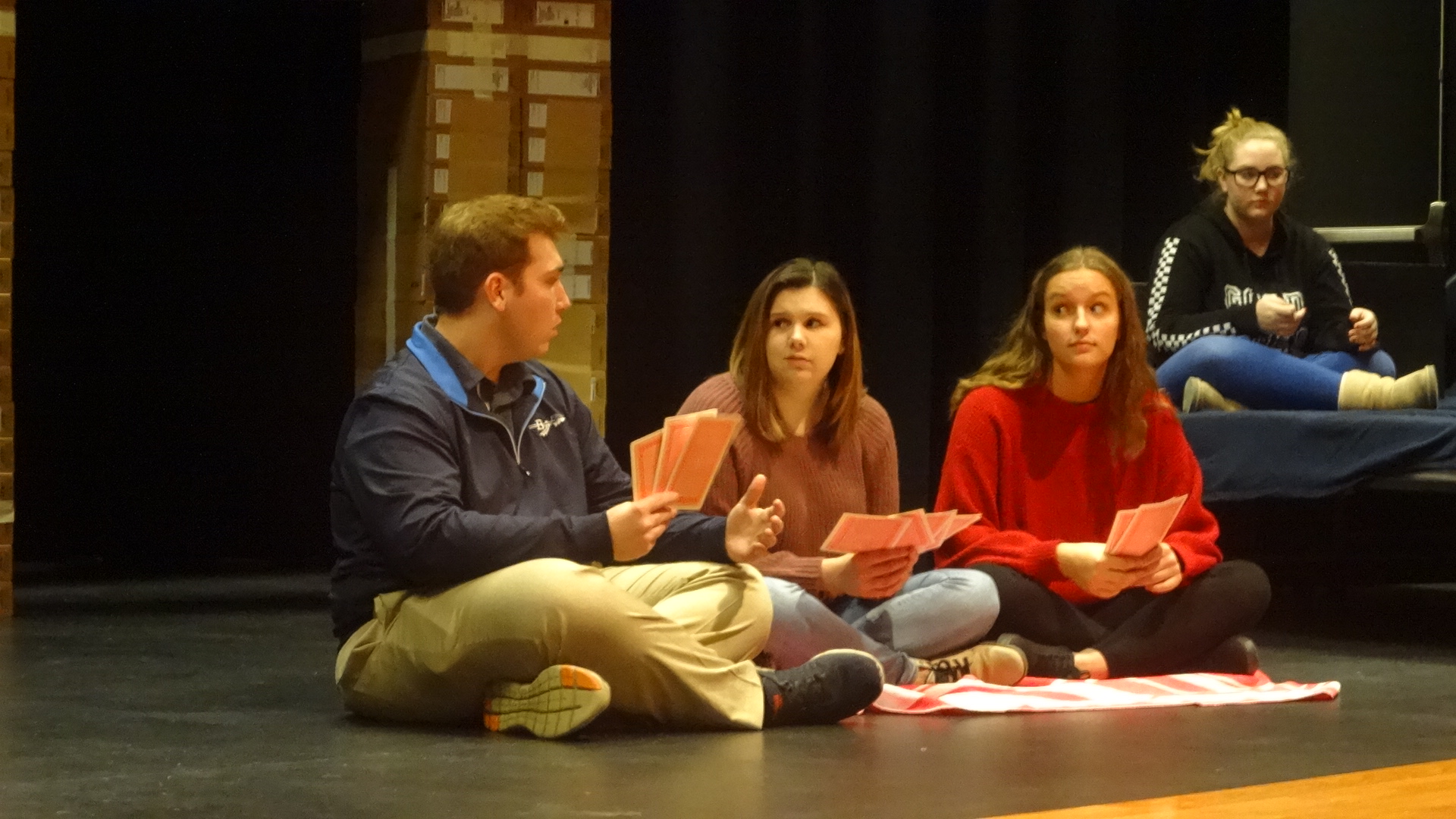 Shawn Hitt, Tammra Clark, and Brooke Kirila play “Go Fish” in “What Could Go Wrong the Night Before Christmas?” a short play that Brookfield Drama Club will present Dec. 8 at Christmas in the Country at Brookfield High School. Caitlyn Tribe is at right.

But Rodgers had a parallel intention.
“I want it to be a community event,” she said.
Christmas in the Country will fill two gyms with up to 75 arts and crafts vendors from 11 a.m. to 4 p.m. Dec. 8. Admission is free.
In conjunction with the craft show, there will be two Sip ‘n’ Paint sessions – registration has ended – and a Chinese auction. While those events tend to appeal to adults, Christmas in the Country offers photos with Santa and a concession stand for the kids.
Still looking for another way to draw people in, Rodgers decided to stage a short play.
“The kids have been itching – they want to act more,” Rodgers said.
The club typically has staged only one production, in the spring.
Having decided to present a play, Rodgers recognized her limit.
“I have so much going on with the craft show that I needed someone else to direct,” she said.
That task fell to student Dustin Moffett, who is directing “What Could Go Wrong the Night Before Christmas?” 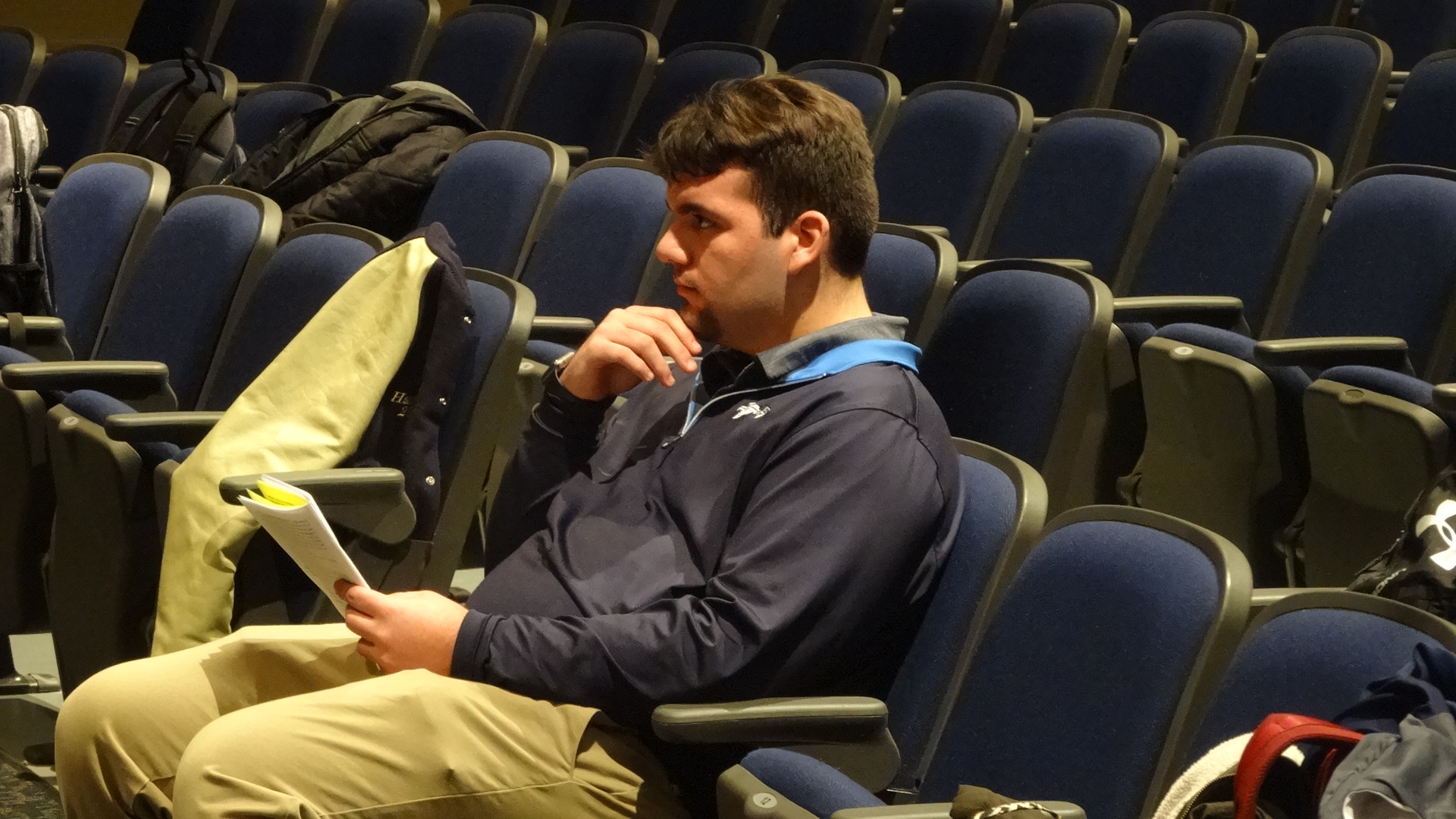 Dustin said he hadn’t previously thought of directing, but is enjoying the challenge.
“I had to step up and become a leader, and they have to respect me,” he said. “I think they do.”
The play by Kim Kao Hines follows the many interruptions of a reading of the classic poem, “‘Twas the Night Before Christmas.”
It adds a modern perspective to some of the details of the Santa story, such as addressing his affinity for smoking.
“I think it’s going to be great,” Dustin said. “They’ve put a lot of hard work into it. I hope a a lot of families come out and enjoy it and the craft show.”
The play will be staged at 12:30 and 2 p.m. 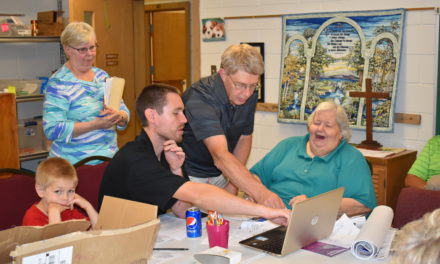