George Dell was a hobo, not a bum, a distinction Ken Rogers wants to make clear.

“A hobo will work for a living,” Rogers told members of Brookfield Township Historical Society on Oct. 11. “He traveled from, say, Brookfield to Canton, Ohio, stayed there for a week. He found a job. He always found a job to pay his way; somebody’s farm or somebody’s business. A bum wants to get everything for free.”

“He left home because he was from a large family and he left home to support, send money back to the family,” Rogers said. “He was only 16 years old when he did this.”

Dell, who lived in Brookfield during the latter portion of his 96 years on earth, traveled throughout the United States by train, sometimes working for a railroad, earning $1 to $9 a day to send back to his family during the Depression. He dug graves, plowed fields by horse and tractor, drove trucks, unloaded train cars and worked in diners, he said in a 2009 interview.

Dell, who was from Hollidaysburg, Pa., said the soup line his family frequented doled out soup according to the size of the family. He said he figured the rest of his family members would get more if he wasn’t around.

Even before he left, Dell was hooked on trains. He said his father was a fireman on the Pennsylvania Railroad, and he was drawn to the power and excitement of the steam engines.

Trains never left his blood, even when he settled into a more conventional lifestyle. They emerged through the pen and ink drawings he made of engines, trains and the places he had visited in them.

“He had a memory that you wouldn’t believe,” said Rogers, associate chairman of the Buhl Model Train Society. “All these drawings that you see here, he did from memory and freehand. I was told later that some of these other pictures he copied from photographs. Most of the railroad pictures are places that he was, that he saw. Up to two weeks before he died, he was still drawing.”

Although he loved to tell stories of his travels, often holding court at Brookfield Diner, Dell’s legacy is his drawings, Rogers said.

After his train days, Dell, who died in 2012, served with distinction in the Army during World War II, earning two Purple Hearts and a Bronze Star for his service in Europe.

Back stateside, Dell worked at a feed mill in Wilmington, Del., a plate glass plant in Newark, N.J., and a dog food plant, then had his own home repair business in Georgetown, Texas. He met the second of his three wives, Jessie Heckathorn, in Texas, and moved to the Shenango Valley to marry her.

When the train society formed, Dell joined up, regaling members with tales of his travels, and selling prints of his work.

“All these duplicates, we have permission to use,” Rogers said of the pictures he showed the historical society members. “We’ve made calendars over the years.”

Dell’s works will be displayed at the club’s annual holiday train show from 1 to 5 p.m. Dec. 15 and 16 at the Buhl Community Recreation Center, Sharon.

Rogers and club Chairman Jonathan Wichter donated a print of a Dell work to the society, offered so the people of Brookfield will share in Dell’s legacy.

“He loved drawing steam engines,” Wichter said. “That was his passion.” 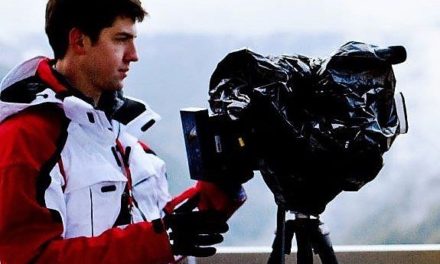 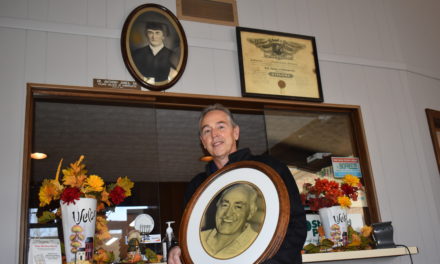