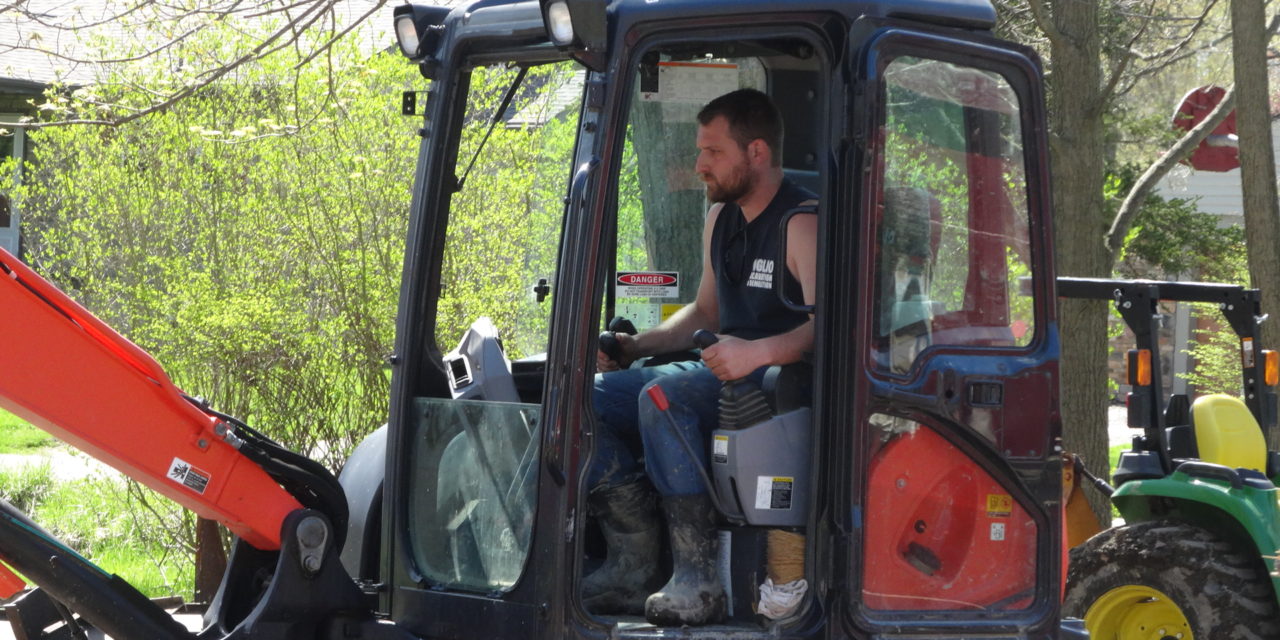 Sitting in a classroom was never Tim Giglio’s forte.

“There was never gonna be a college degree for me,” he said. “I just wasn’t interested in that whole deal.”

What the Brookfield man was interested in was working with his hands, and working for himself.

At 26, Giglio has his own construction company, Giglio Inc., and enough jobs for the foreseeable future that he’s sweating more from the work than the lack of it.

Giglio grew up in construction. His father, also named Tim, is a project manager for housing developments and truck stops.

“Growing up, I was always with him, doing jobs,” the younger Tim Giglio said.

At Brookfield High School, he participated in the Success Work Experience program, also known as Occupational Work Experience, which allowed him to get credit for working. At 17, he and two classmates – Gilgio’s employees – would do small renovation demolitions.

“I used to drive a dump truck to school every day,” Giglio said.

After graduation, he worked at a scrap yard but decided he wanted to do something else. He enrolled in the New Castle School of Trades and earned his commercial driver’s license and became certified as a heavy equipment operator.

Finding that “no one wants to hire an 18-year-old” contractor, he took a job with Norfolk Southern building railroad tracks, using his income to buy equipment and tools and working side jobs in construction.

Spending seven years for the railroad was “a career,” he said, and he was feeling older than his age. Giglio made the break from being an employee last August. Giglio Inc. installs septic systems and water lines, pours concrete and does demolition and small-scale renovations.

“This year is by far the best I’ve ever had as far as work,” said Giglio, who recently brought on Zack Shuttleworth as a full-time employee.

The benefits of owning your own business outweigh the stresses of finding work, paying bills and having an employee rely on you, he said.

Now that he has it, “I feel like I’m 18 again because everything’s new,” Giglio said. “There’s more gratification doing this than from working for a big company, like I was. You get finished with the day, (and say,) ‘Look what I did.’”

Giglio said his goals are modest. He wants to add more employees, but not too many, and doesn’t want to compete with Brookfield’s big general contractors.