Ted Suffolk, assistant general manager of the Vindicator Printing Co., gave us a tour of the Vindicator building when we picked up the July print edition of NEWS On the Green, which the Vindicator printed for us.
He showed us the three-story printing press that came from the L.A. Times, and which will be idled when the Vindicator ceases publication with the Aug. 31 issue. The capacity of the press is tremendous, which is one of the reasons that it was bought, but it was underutilized as the side jobs envisioned by the company never came to fruition.
Suffolk showed us how the inserting equipment works, which puts the standalone ads and copies of Parade magazine into the paper.
He also revealed the secret passageway that runs from the main building under Front Street to a separate building. Way cool.
We went to the Vindicator after Lyle Printing Co. of Salem shut down its web press. We are again on the hunt for a new printer. The Vindicator will be able to print NEWS On the Green one, maybe two, more times.
We thank Suffolk for the personal tour and the customer service all at the Vindicator printing plant have offered us in the short time we have worked together. We wish all the best to Vindicator employees in whatever new endeavors they embark on after the paper ends its 150-year run.
– Joe Pinchot and Judi Swogger, co-publishers of NEWS On the Green and PS Pinchot-Swogger Publishing LLC 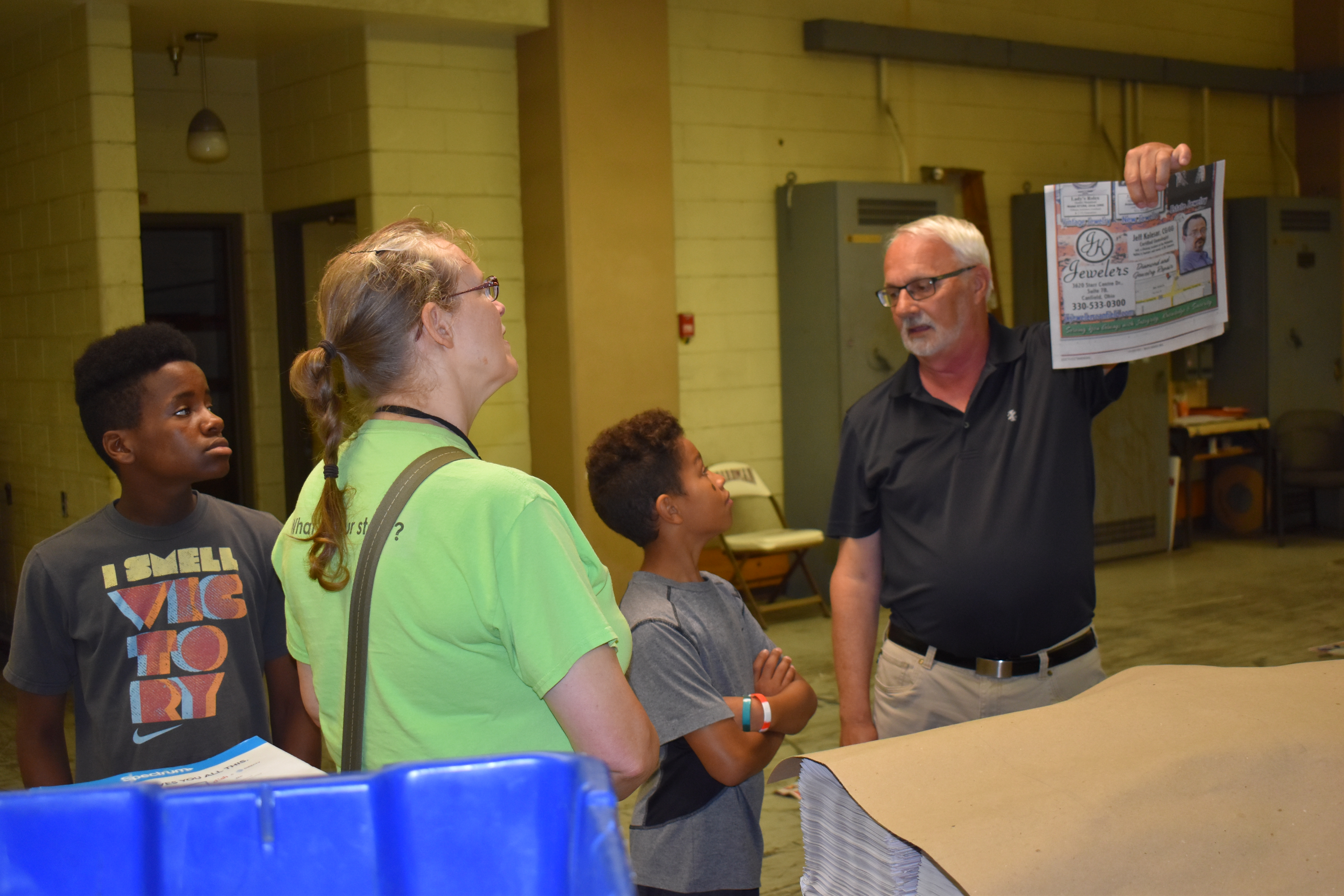 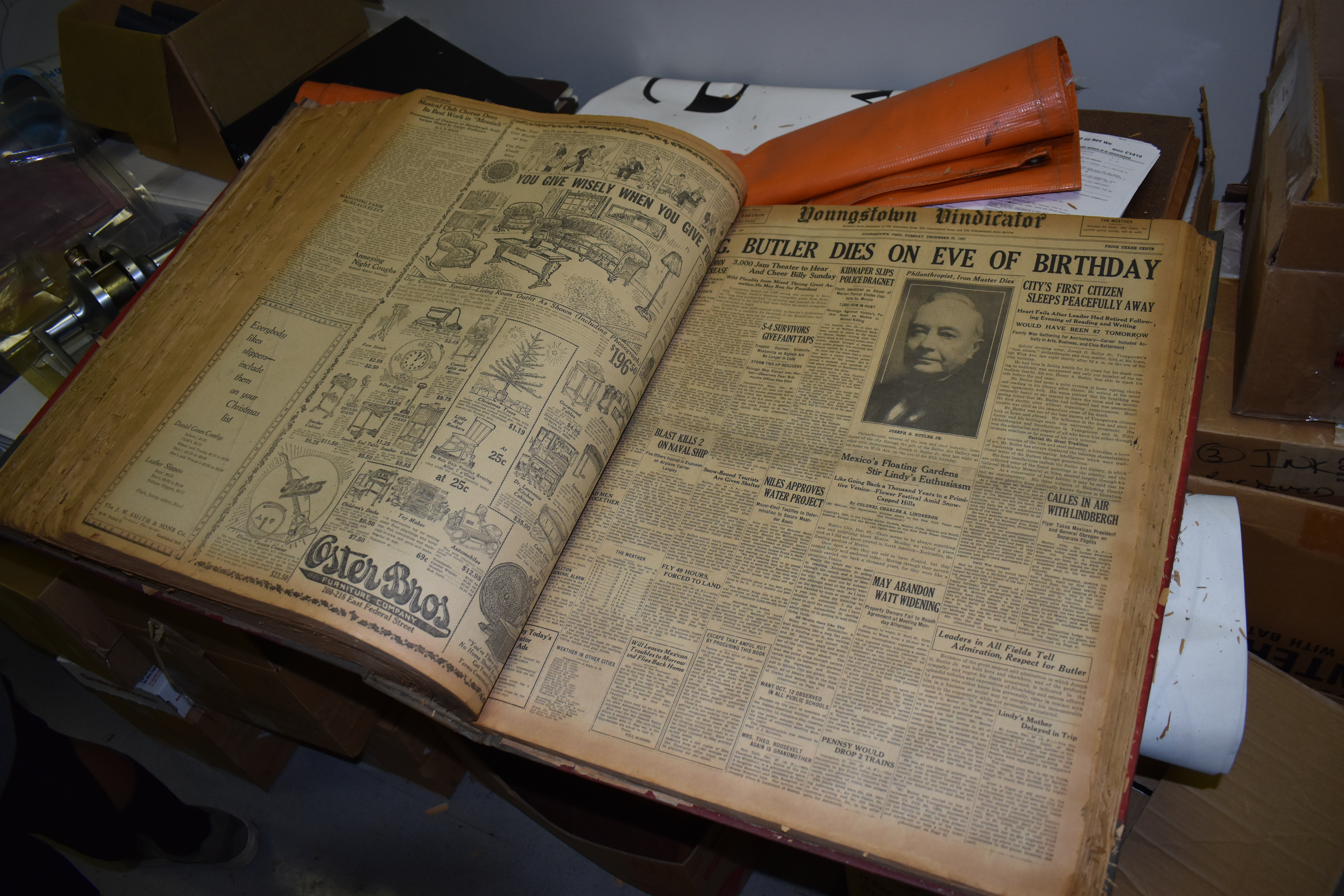 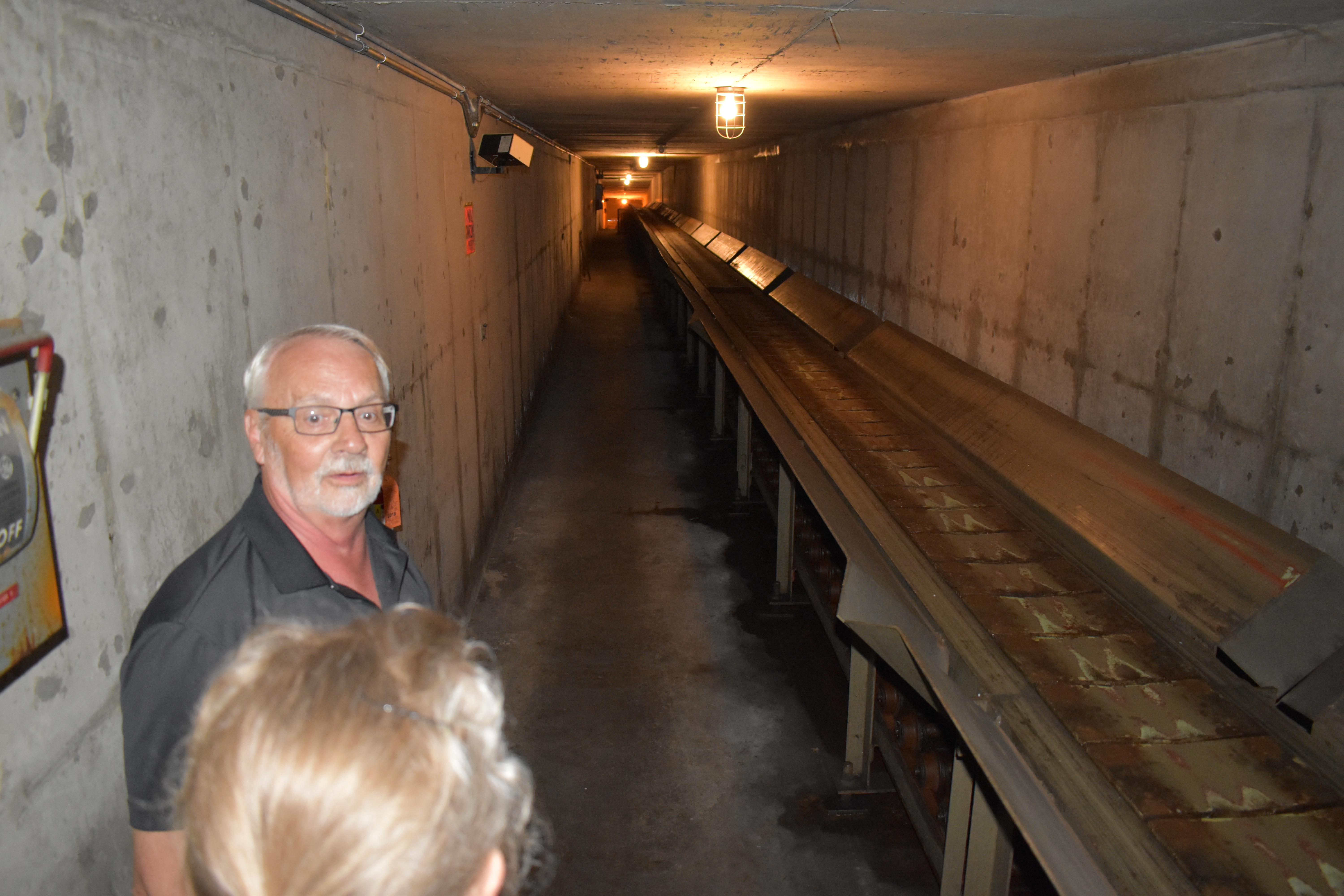 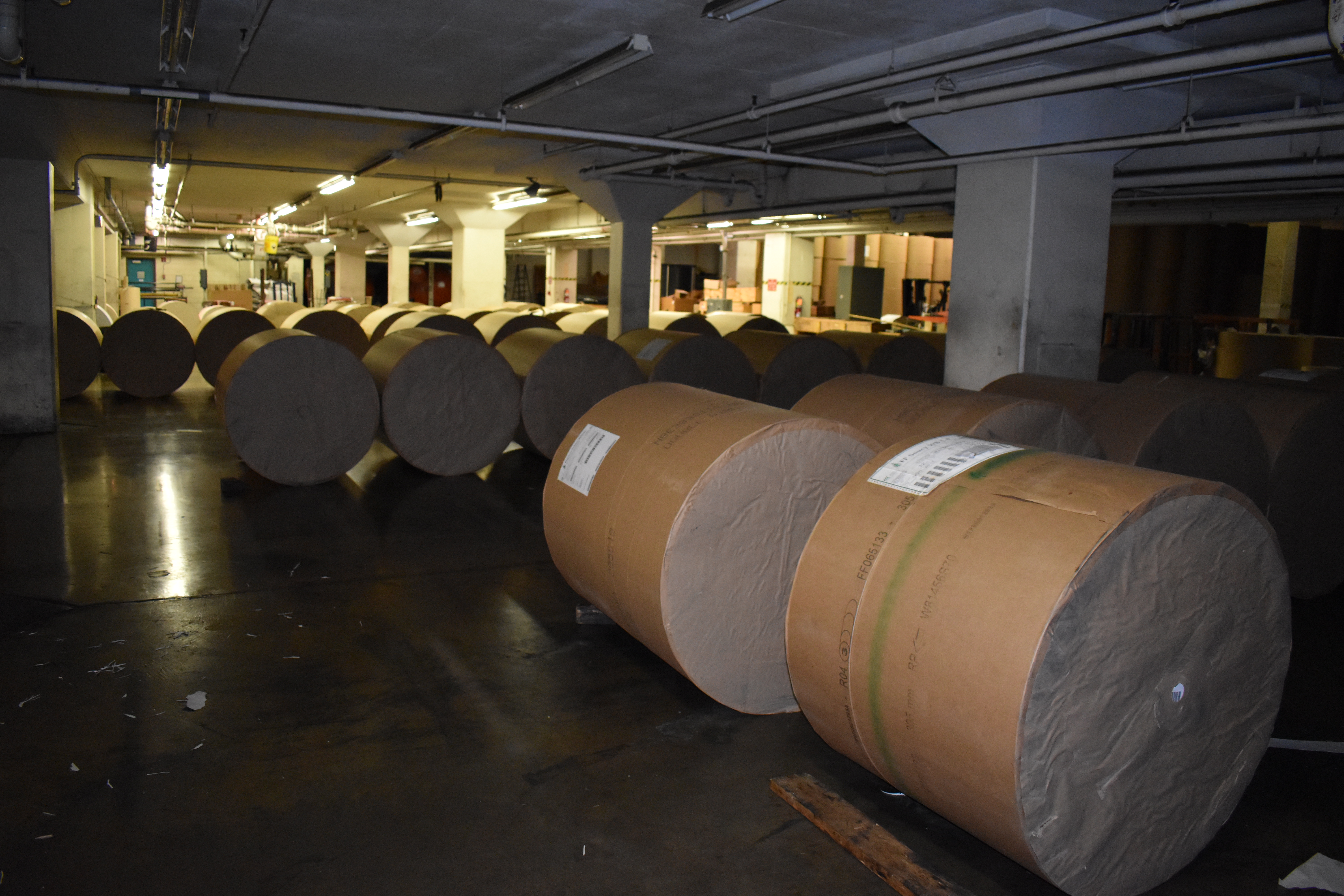 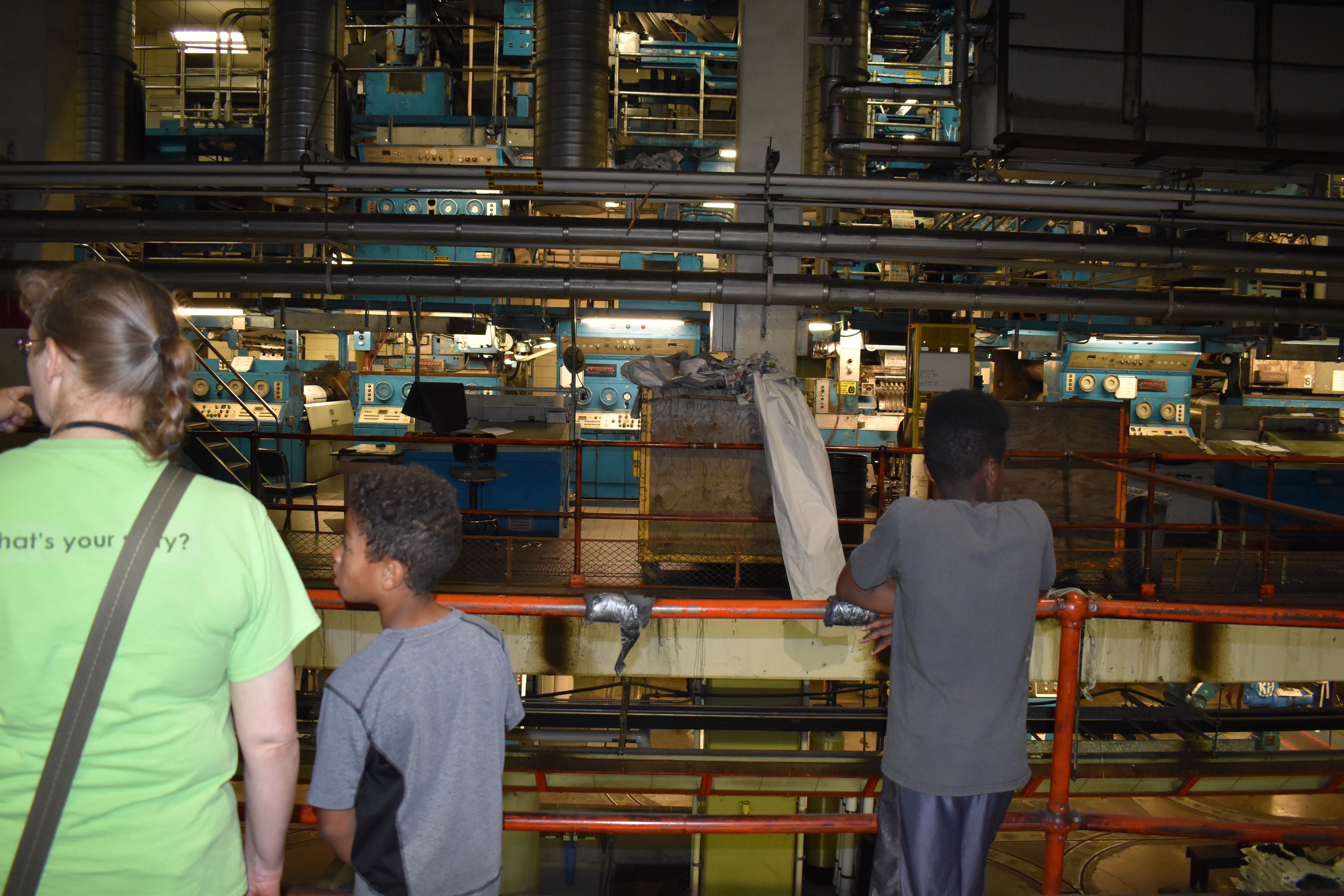 Help keep NEWS On the Green your local source for news 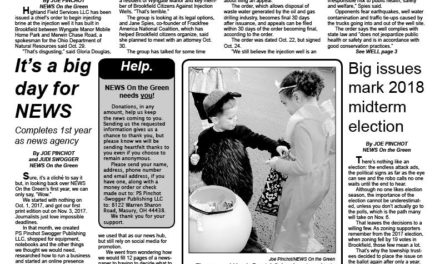 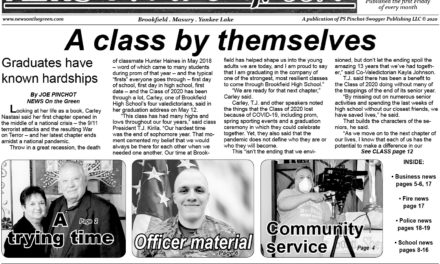 June 2020 print edition is out now 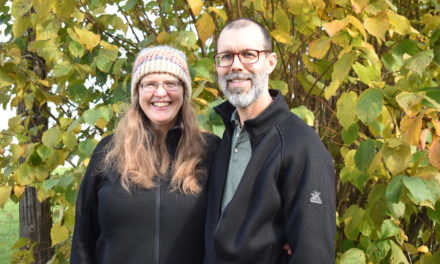 Believe it or not, we made it to 4