Brookfield Board of Education is again asking voters to approve a five-year, 1-9-mill permanent improvement levy.
The district does not currently have a PI levy, which cannot be used for salaries or operations, only purchases that have a useful life of at least five years.
The board’s last two levy referendums failed badly, with 64 percent of 1,054 voters voting no in May, and 57 percent of 3,594 voters in November.
The potential difference between this levy request and the previous two is the superintendent. Toby Gibson took over Aug. 1 from Velina Jo Taylor who resigned to take the top job at Lakeview schools.
The additional revenue from the levy would be a “definite help,” Gibson said. “Anytime that you can set aside money for improving the school, it frees up money from the general fund that allows you to do other things. That’s something we’re gonna work hard on as far as the levy campaign, here in the fall. A lot of positives there. We’re gonna reach out to parents and get them on board, the community as well.”
How does Gibson plan to woo voters, especially in light of past levy committee Chairman Monica Fortuna saying that she received very little help in promoting the levy?
“You have to be out in the community and be willing to talk about it, the importance of having a PI levy,” he said.
Gibson added that he plans to consult with Trumbull County Educational Services Center.
“They were instrumental in helping Howland pass their levy this past spring,” he said. “Typically, Howland has struggled with some levies. They credit Trumbull County for their success.”
School board member George Economides said there was a lot of misinformation floating around the community in the run up to the last two votes.
“One thing that I have heard was … that levy was going to be used to repair this property,” Economides said, referring to building, roof and driveway issues that school officials are trying to address with other means.
“I don’t know how many times I tried to explain to them, ‘No, that’s not what it’s for. It’s for educational materials as far as maybe Chromebooks, buses, some strategic repairs we have to have over at the bus garage,’” he said.
“The only other negative I got out of it was people thought that it was only going to be used for sports,” said board President Ronda Bonekovic. “No, that’s not what it’s gonna be used for.”
Officials had planned to use PI money to replace the rotting light poles at the football field, and rehabilitate the press box, which is falling into the locker rooms.
Treasurer Craig Yaniglos said it takes money to pass levies, but that was something the committee was woefully short of for the last two campaigns.

The school cannot pay for a levy campaign, but a speaker at a recent conference Yaniglos attended said about $1.50 should be spent for each resident, or $15,000 in Brookfield, to promote a levy.
“Fundraising needs to be the top priority of that group in order to pay for yard signs and other signs you’re gonna put in the community,” and “to send out the proper amount of literature and stuff like that in order to pass a levy,” Yaniglos said.
“I think a different approach, and a more aggressive approach, (is needed) as far as indicating this is really critical for us to get this passed or things can change as far as our opportunities to be able to provide the education we want for these kids and the facilities for them,” Economides said.
Update: Since this story was published in the August print edition of NEWS On the Green, the Trumbull County Auditor’s Office certified that the levy, if approved, would raise $249,000 a year.
Gibson reported Aug. 3 that he had met with representatives of the Trumbull County Educational Services Center about the levy, and that they would present him with a plan for promotional campaign. After that is done, Gibson said he will seek to create a levy committee made up of local residents. 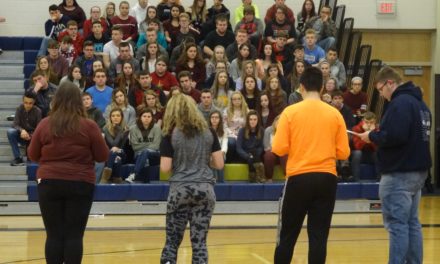 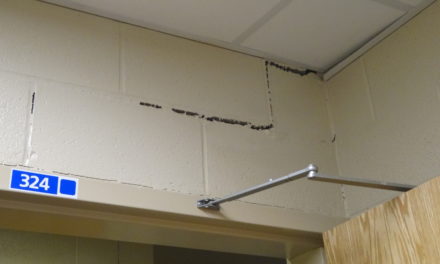