A Trumbull County judge ruled against Brookfield schools and its insurance carrier in a lawsuit they filed over a Sept. 26, 2017, mishap in which a bus went through a wall at the bus garage on Grove Street.
The district and Schools of Ohio Risk Sharing Authority sued Greg Schultz and Dale Appis of 82 Auto Wrecking, 624 Collar Price Road, saying that Schultz and Appis were hired to work on a bus’ brake system. During a test of the brakes, the bus rolled, damaging several block heaters and breaking through the wall, the suit said.
The insurance company paid out nearly $23,000 on the insurance claim and the school paid a $1,000 deductible.
As part of the lawsuit, the defendants submitted affidavits saying that they were not hired to work on the brakes, did not work on the brakes and did not conduct the test. They filed for summary judgment, asking the judge to rule on the available information.

Judge W. Wyatt McKay said the plaintiffs did not respond to the motion for summary judgment or provide any evidence. He ruled in favor of the defendants on Aug. 12 and said the plaintiffs must pay costs.
The parties later settled with the plaintiffs agreeing not to appeal the decision or ask the judge to set it aside, and the defendants not to pursue a counterclaim. The school board approved the settlement Sept. 18.
School District Treasurer Craig Yainglos said the insurance company initiated the lawsuit and paid all attorney’s fees and costs associated with it. 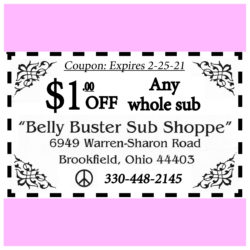