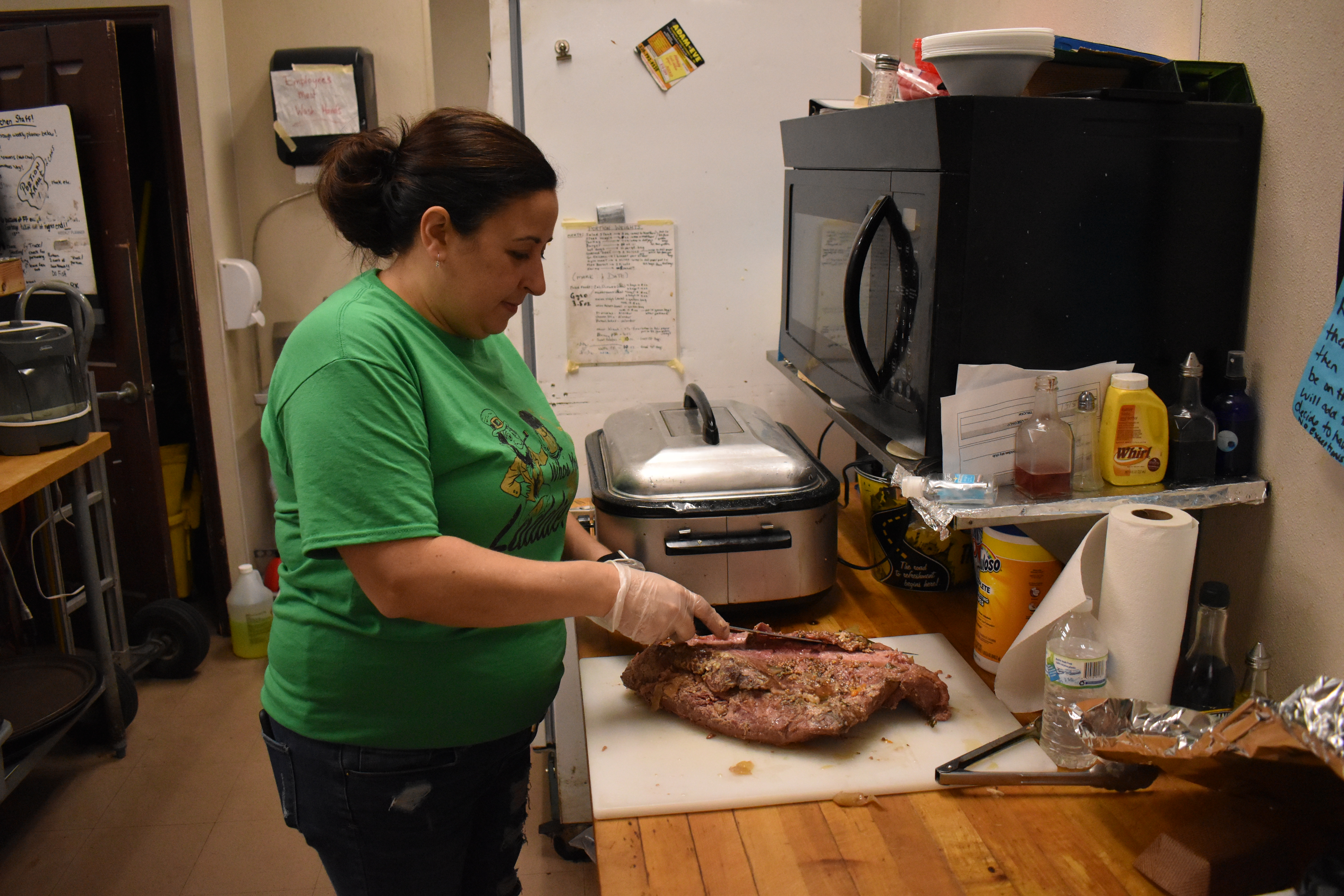 Kendra Kurpe-Sheasley scooped cabbage, potatoes and carrots from a roaster pan, so she could get down to the brisket to slice it up.
“We usually cook four briskets,” said the co-owner of Laddie’s Sky Club, the Irish pub in Masury. “We only did one. We don’t want to be stuck with any.”
With all bars and restaurants closed by virtue of the DeWine administration’s attempt to slow the spread of the coronavirus, Laddie’s lost out on St. Patrick’s Day – its Black Friday, the day that helps make up for slow periods at the bar.
“Each year, we just keep growing,” Kurpe-Sheasley said of what they call “St. Laddie’s Day.” “It doesn’t matter what day of the week it is, people still come.”
This St. Patrick’s Day, Laddie’s only is open for take-out orders, and Kurpe-Sheasley and her sister, Krista Kurpe, had no idea what to expect.
“This is not our normal St. Patrick’s Day,” Kurpe-Sheasley said.
When the phone started ringing with orders and questions at about 11 a.m., Kurpe-Sheasley commented, “It’s gonna be chaos today, which is good.” 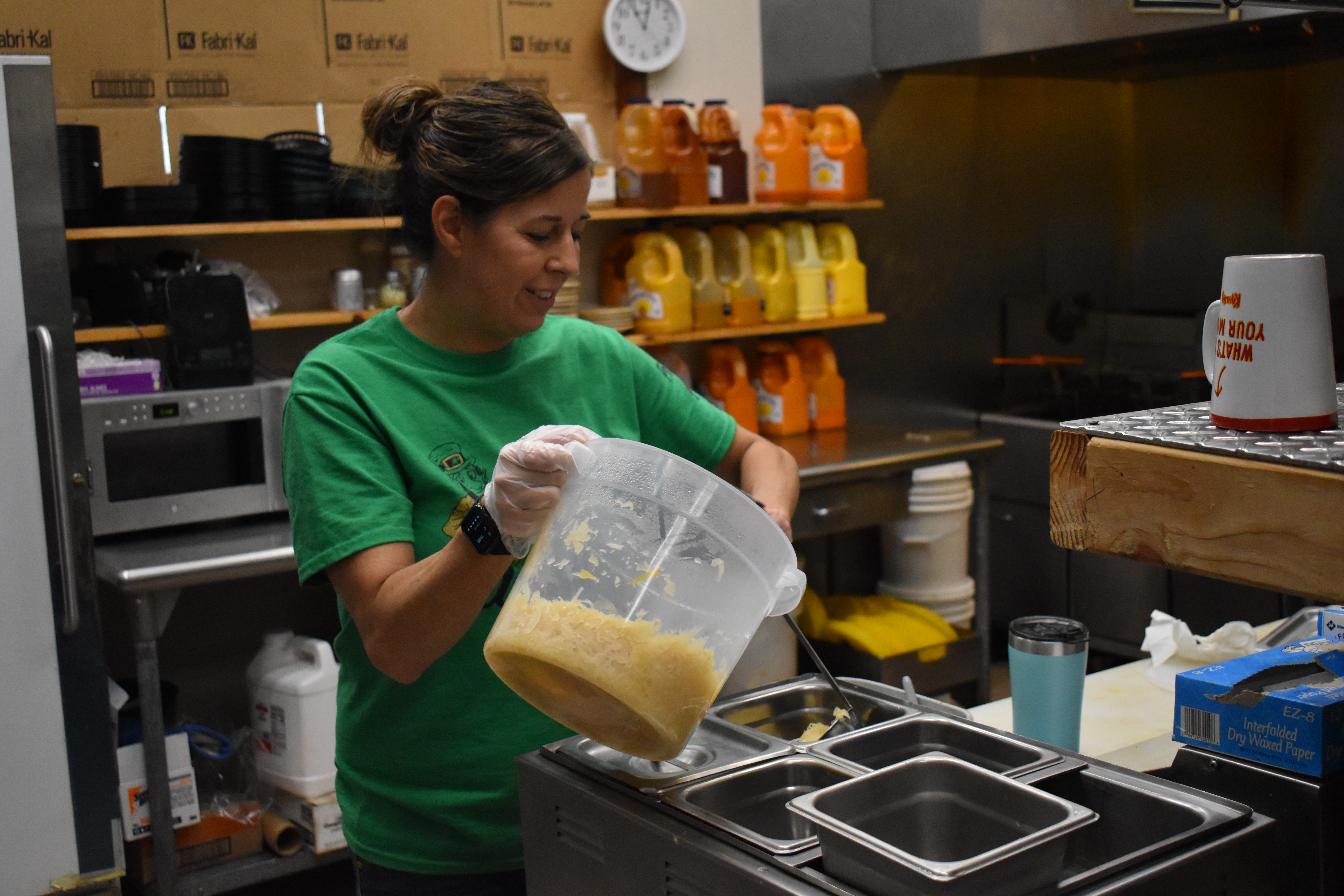 Not standing-room-only good, which is the normal St. Patrick’s Day experience at Laddie’s, but the sisters had to take what they could get.
Chelsea Simeon stood in Laddie’s dark bar waiting for her lunch order of Reuben sandwiches. She was with about half a dozen or so other people.
“We always come here, at least for breakfast,” Simeon said of St. Patrick’s Day. “It’s a lot different this year. We thought we’d support them.”
Chris Dilley was waiting to place an order for the employees of the Brookfield Drive-In in Masury.
“They’re the Irish spot around here,” he said. “This is where we always go.”
Dilley said he is disappointed that the DeWine administration shut down bars and restaurants.
“Forcing them to close is a little overreaction,” he said. “That’s a lot of people’s pay.”
Laddie’s has 14 employees and three of them volunteered to let their hours go to others, Kurpe-Sheasley said. It remains to be seen what hours will be available, as the kitchen is open only from 11 a.m. to 8 p.m. daily. 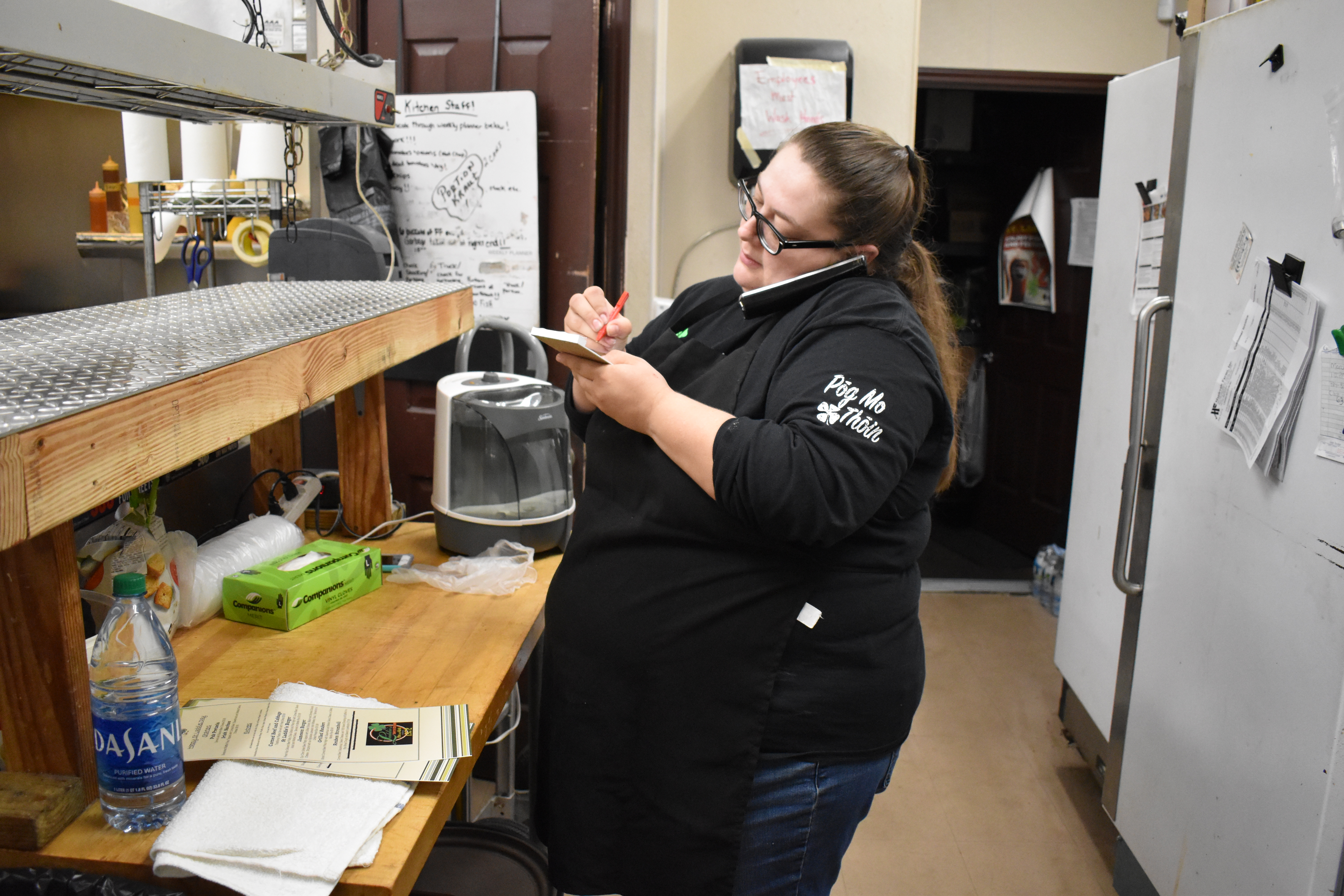 “Thank goodness a lot of our employees have other jobs,” Kurpe-Sheasley said. “About half of them don’t.”
Laddie’s will take orders until 8 p.m. today for corned beef and cabbage, Reuben sandwiches, soup and stromboli, and its regular fare.
Kurpe-Sheasley said she didn’t want to be critical of government officials, but wished they would give a possible timetable when normal business would resume.
“The worst thing is we don’t know how long it’s gonna be,” she said.
The Kurpes spend about two months getting ready for St. Patrick’s Day: ordering food and alcohol, booking entertainment, setting the menu, getting signs printed.
They don’t order everything at once, so they were able to cancel the liquor purchase, but are now stuck with 35 cases of green beer, Kurpe said.
They can sell beer by the six-pack and the case, and are looking into purchasing “growlers,” 64-ounce jugs that they can fill with draft beer for sale.
“We get a lot of craft beer drinkers, and they want draft beer,” Kurpe-Sheasley said. 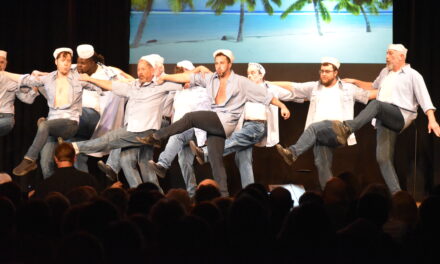