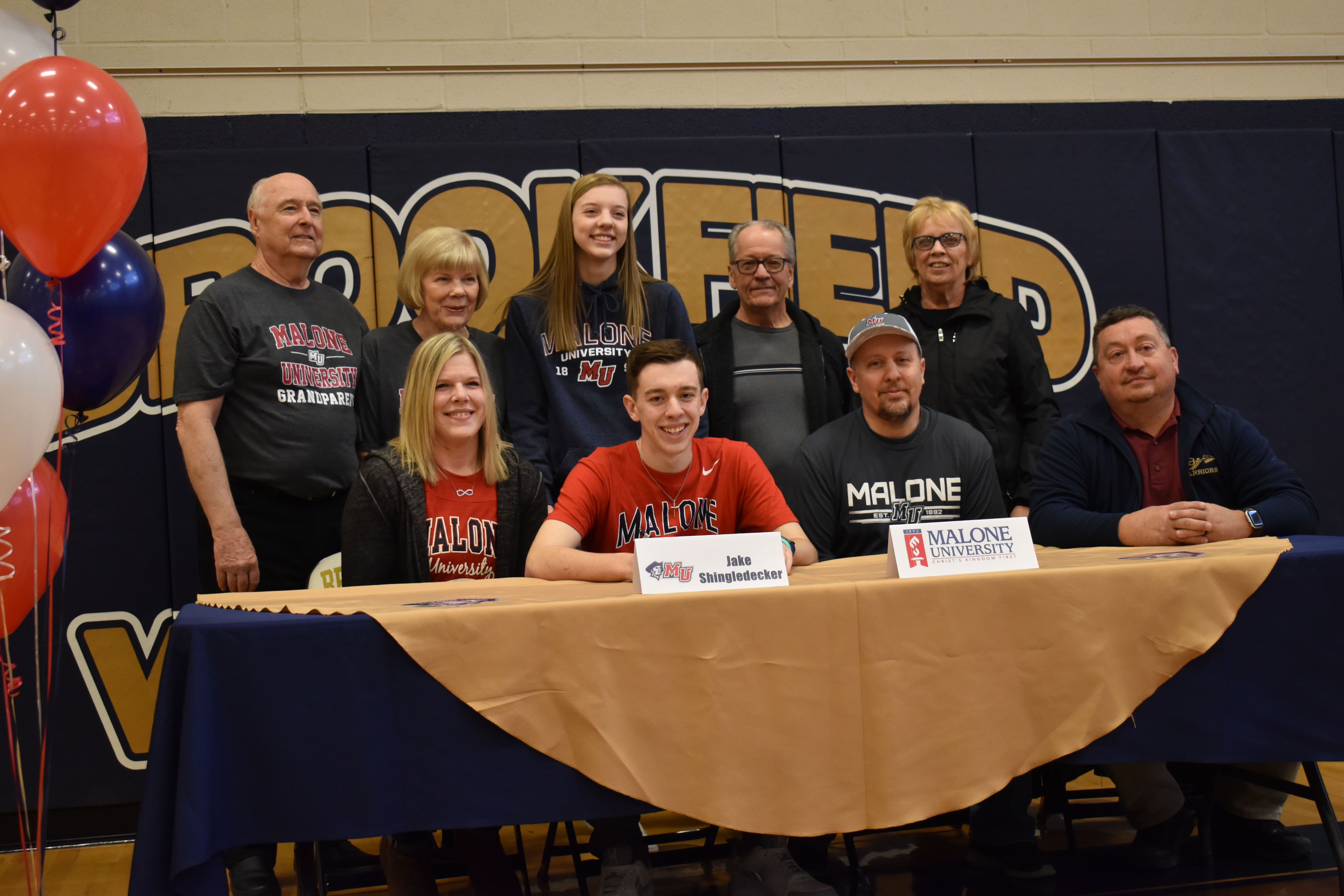 Jake Shingledecker is shown at his letter of intent signing with his parents, Sue and John Shingledecker and golf coach Larry Smoot, far right, all in the first row. In the second row are Jake’s grandparents, George and Nancy Chomos, at left; his sister, Lauren; and his grandparents John and Georgie Shingledecker.

The fact that Jake Shingledecker will play golf in college surprised even him.
“I just picked it up freshman year,” said the Brookfield High School senior, who signed a letter of intent Feb. 27 to play golf at Malone University, Canton. “I always thought I was gonna play baseball in college. Figured golf would be a good second.”
But, Jake’s progress over those four years can’t be understated, said Larry Smoot, the Brookfield golf coach.
“Probably, out of all the kids on my team, he’s one of the hardest workers,” Smoot said. “He put in the same amount of time as everyone else, but he always wanted to improve. He always felt like he could get better and knew he could get better. I told Malone’s golf coach that, if you want to take a flier on somebody, there isn’t a golf coach that would not be happy to have a kid like that.”
Jake said Malone “felt like it was a perfect fit for me.”
“I just loved the campus,” he said. “The golf team is pretty good, and I love their coach.”
Malone head coach Ken Hyland has led the team for 48 years.
“Their coach has been there a long time and has a lot of good accomplishments,” said Jake, who plans to major in cybersecurity. “He should be a good help for my game.”
Jake is the third golf team member to sign a letter of intent this year. Justin Atkinson plans to attend Findlay University, and Conner Stevens has signed on for Youngstown State.
“We didn’t know what it was gonna become and to see where they have taken it to, what they’ve done with their careers, I’m just very proud,” Smoot said. “I just feel like a father. My kids, they all turned out the way you would want them to. Good students. They got great families, good friends and now their golf careers are gonna continue.” 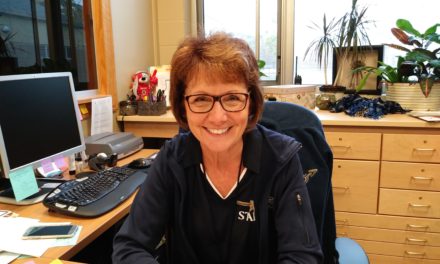