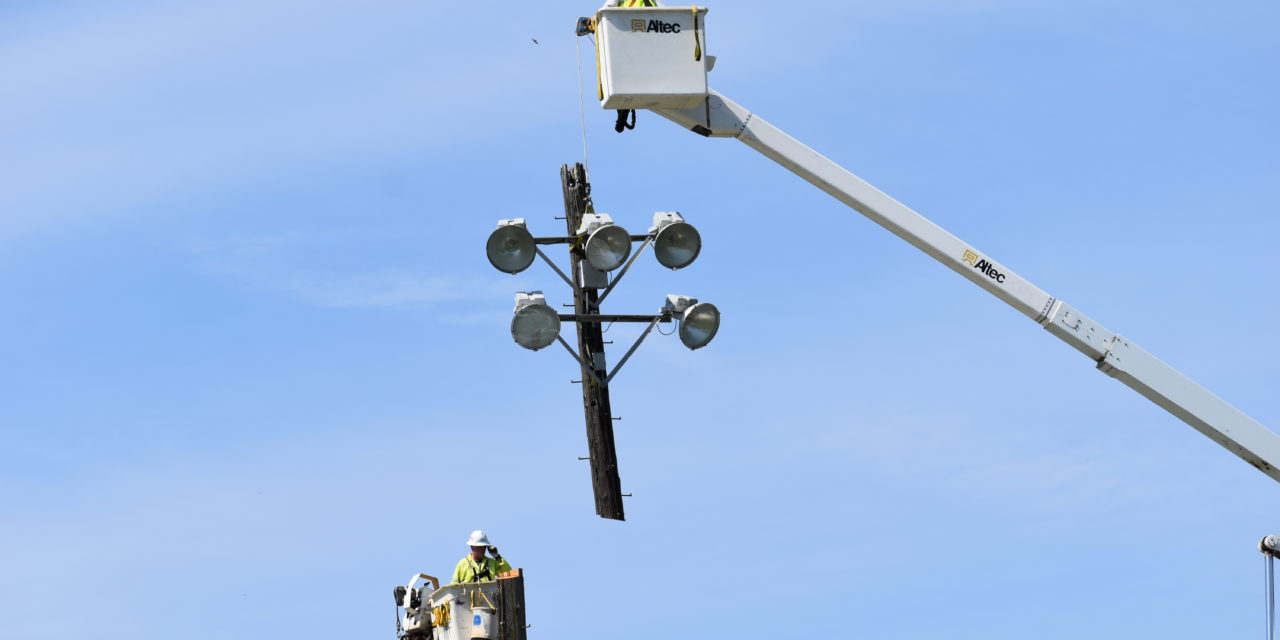 Workers took down the rotting light poles at Brookfield Local School District’s Nicholas Field on June 26, while a separate crew bored under the field to place new wiring that will power new lights.
Matt Lucy, an employee of Becdel Controls Inc., Hubbard, said it was special to be able to work on the project.
“I played football here,” the Brookfield resident said. “I graduated from here. It’s pretty cool to work on these lights.”
The lights were installed in 1949, and the wooden poles were becoming an insurance issue, school officials said.

The eight wooden poles will be replaced by four galvanized steel poles and new lights.
Jack Schell, Becdel’s vice president, said the new poles will arrive the week of July 13.
DM Excavating Inc., Brookfield, is the contractor boring under the field.
Subscontractors on site helping Becdel were CLR and Altec.
The light replacement is financed by an energy project undertaken by the school district. Officials are borrowing $835,000 from Cortland Bank to install new lighting and plumbing fixtures throughout the district. Officials estimate that the savings from lower utility bills will cover the loan and save the district another $625,000 over 20 years. 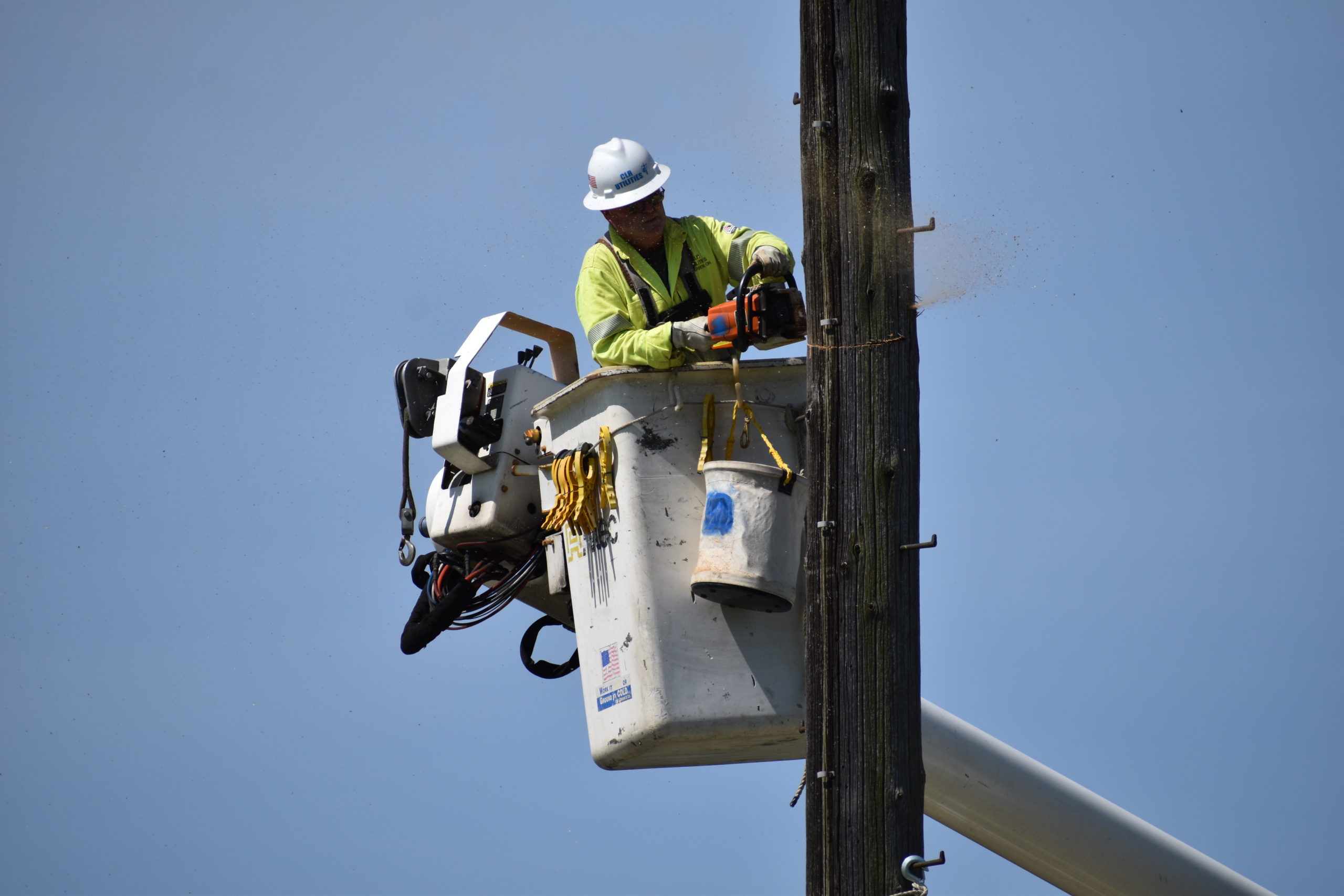 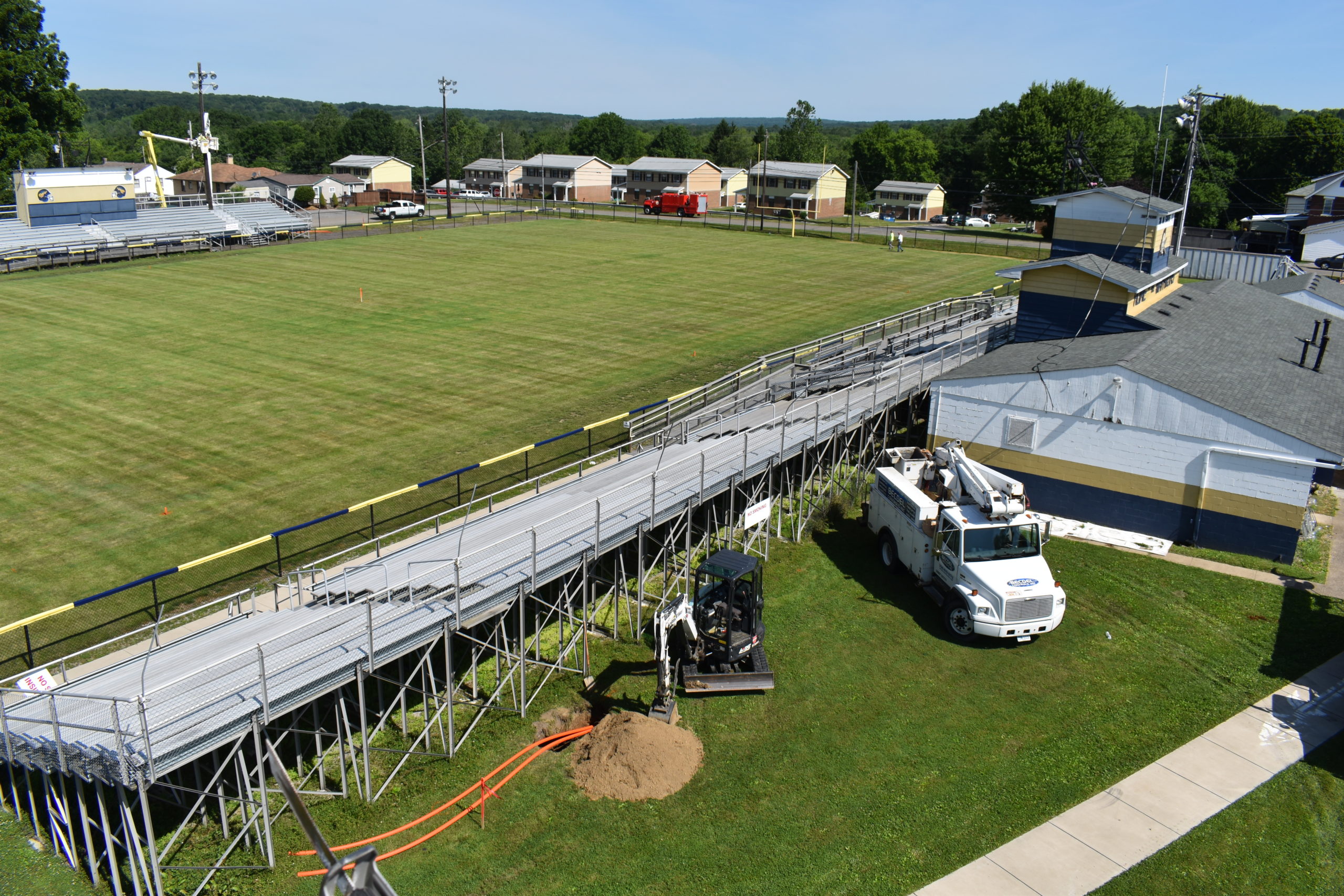 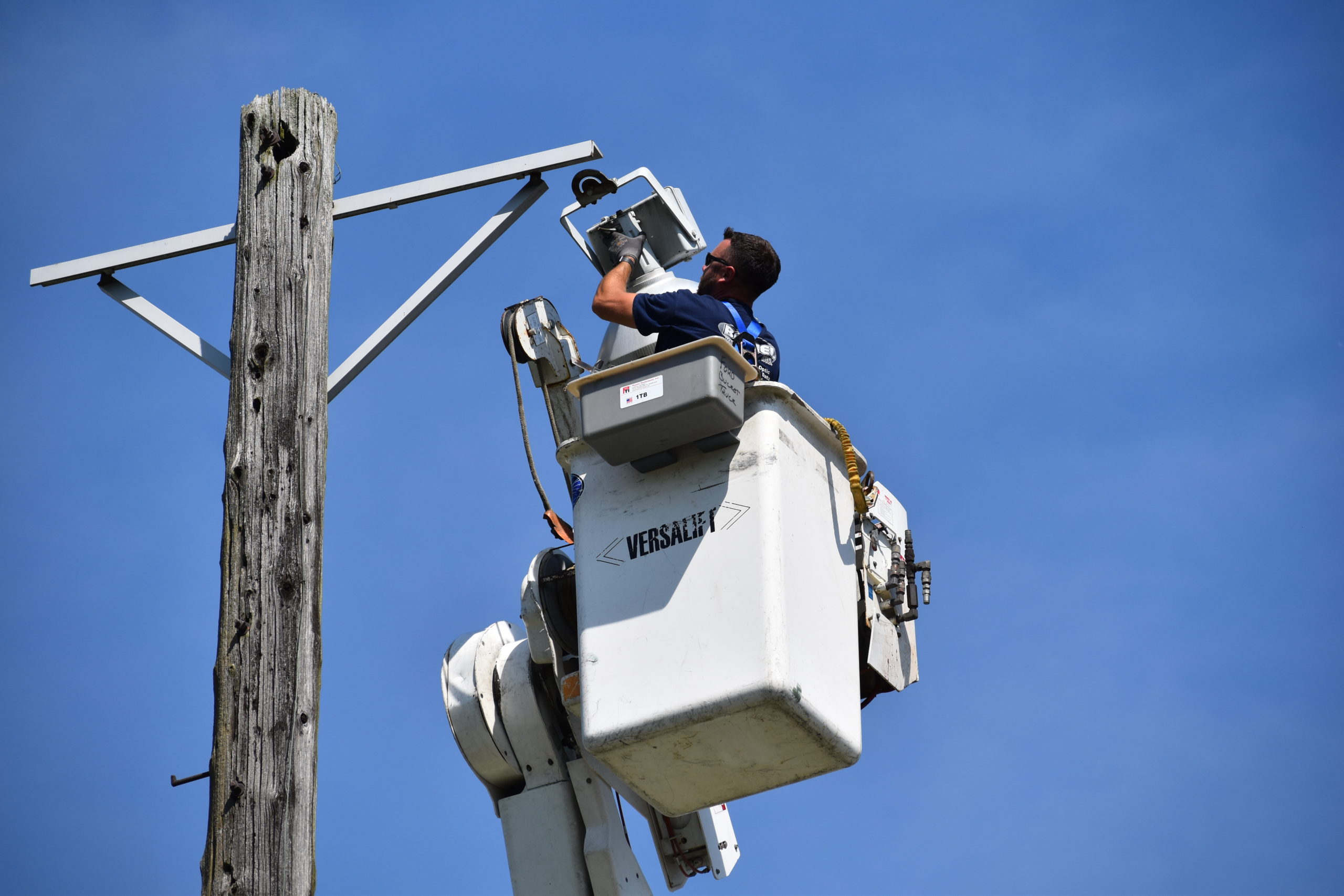 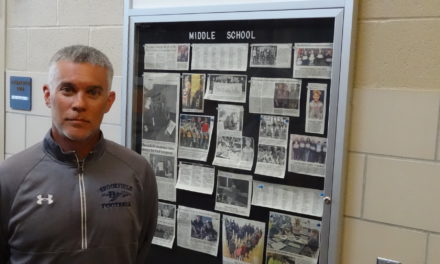 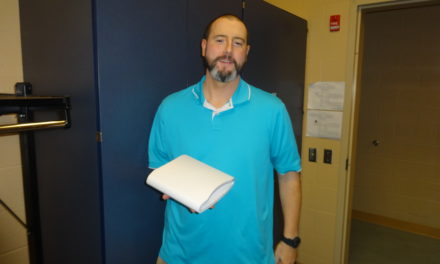