There have been plenty of headaches for Brookfield school officials the first few weeks of school, but Adam Lewis, director of teacher, learning and accountability, takes comfort that things have not gone as bad as he expected.

“It’s been a challenge, I’ll say that, but it’s gone much smoother than I anticipated,” he told the school board Sept. 16. “It could have been a lot worse. Our staff is doing a great job; our students are being very responsive and doing what they’re supposed to for the most part.”

The school opened with a hybrid plan in which students attend school two days a week and learn from home three days a week, but some parents opted to have their kids stay at home: 118 at the elementary school out of 390 students; 84 at the middle school of 305; and 61 at the high school out of 333.

“I wish we could have had two days with these kids, just to kind of lay out what it is that we need and our expectations, because they’ve never entered our building this year,” Lewis said of kids who are not coming to school. “It’s very difficult to communicate with them. We can call, Facebook, Instagram, emails, mailings, everything like that, but there’s something to be said about actually seeing the kid, having that conversation.”

He said 37 remote-only students – 31 at the elementary, four at the middle school and two at the high school – had not logged onto their Google Classrooms at all, although he said communications with parents give him hope that those numbers will be knocked down significantly soon.

He said the high number at the elementary is likely because parents and students are unfamiliar with the process. Middle and high school students are more independent and had worked with the school’s Chromebook computers prior to the COVID shutdown last March.

The district is planning to invite parents into the school on an evening or weekend to learn how to log in to Google Classroom and see how students access their assignments and submit completed work, he said.

Even some of the students who are coming to school are presenting a problem.

“Our hybrid students, the days they’re not in school, they’re not checking their Google Classroom,” Lewis said. “They’re not logging on. It’s hard enough in a given year to keep kids on track but, when you have kids that aren’t logging in at all, they’re getting further and further behind. We’re trying to stay on top of that with the communication.”

“I think interims, when they come out, that’s gonna kind of be an eye-opening thing.”

“They can still recover if they fail the first grading period, and maybe that’s what they need to see,” said school board member Melissa Sydlowski.

The teachers have Mondays to prepare for the week and, boy, do they need it, Lewis said.

“You come in here on a Monday and you can hear a pin drop,” Lewis said. “People aren’t leaving their classrooms. They’re working so hard to get everything ready for the next week.”

High school teacher Mary Arp, who has taught for 28 years, told the board, “I don’t think I’ve worked as hard since my first year of teaching. I’m not alone in that. The staff is working really hard, but we are struggling.”

School board members worried about teachers burning out.

“I will complement the teachers,” said board member Sarah Kurpe, who has three kids in school. “They’ve been very responsive. When I’ve messaged or emailed, it’s been very timely, understanding that they’ve worked a long day, too. That’s a tough ask that we’re putting on them.”

Lewis said his hope is that more students will log on, more remote learners will start attending school, and the novelty factor will wear off.

“I do think this will get easier as we start to get into the flow of it,” he said. 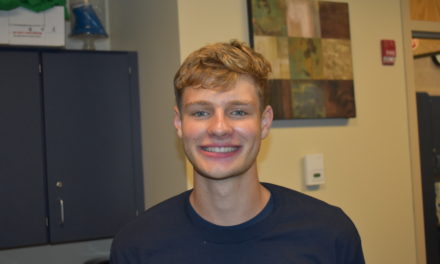 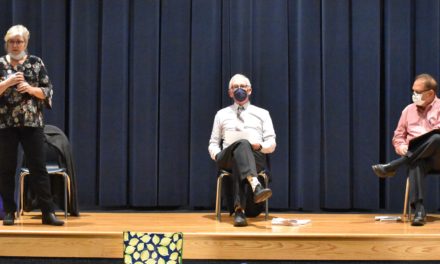