Although construction of a small park in Masury was on target to begin this year, Brookfield officials have asked that it be put off until next year because of the COVID-19 pandemic.

Trustee Dan Suttles said he worried about putting in the park while current Ohio Department of Health guidelines are still in effect that would require the township to clean the fitness equipment regularly and assure social distancing, which is the reason trustees closed the playground in Brookfield Township Community Park.

Taylor Kolanko, sales associate for consultant DWA Recreation, said at a trustees’ meeting via Zoom on Sept. 17 that there would be no problem to delay installation until the spring, when work also is planned to build a new sidewalk on Elm Street, improve storm water drainage on Second and Miller streets and pave First, Second, Third, Elm, Miller and Short streets.

“It looks like everything will be going on at the same time next spring,” said Julie Green, executive director of the Trumbull County Planning Commission and the county’s coordinator for the Community Development Block Grant that is paying for $750,000 of the $825,000 project.

Officials finalized the budget for the park, which will be built at Mulberry and First streets and named Sam and Gladys Jennings Memorial Park after the grandparents of the land’s donor, Tim Taylor.

Green said she already has bought the Little Free Library that will be installed in the park, and grant funds paid for the deed preparation, transfer and replat. The park has a $40,000 budget and $2,000 has been spent, she said.

The Trumbull County Engineer’s Office has completed plans for the street and sidewalk work, and a consultant is finalizing plans for the storm water improvements, officials said.

The project needs to be completed by Aug. 31, Green said. 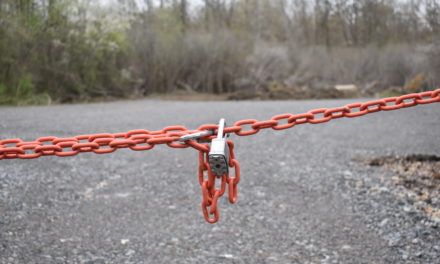 Only bow hunters may enter county park in Brookfield