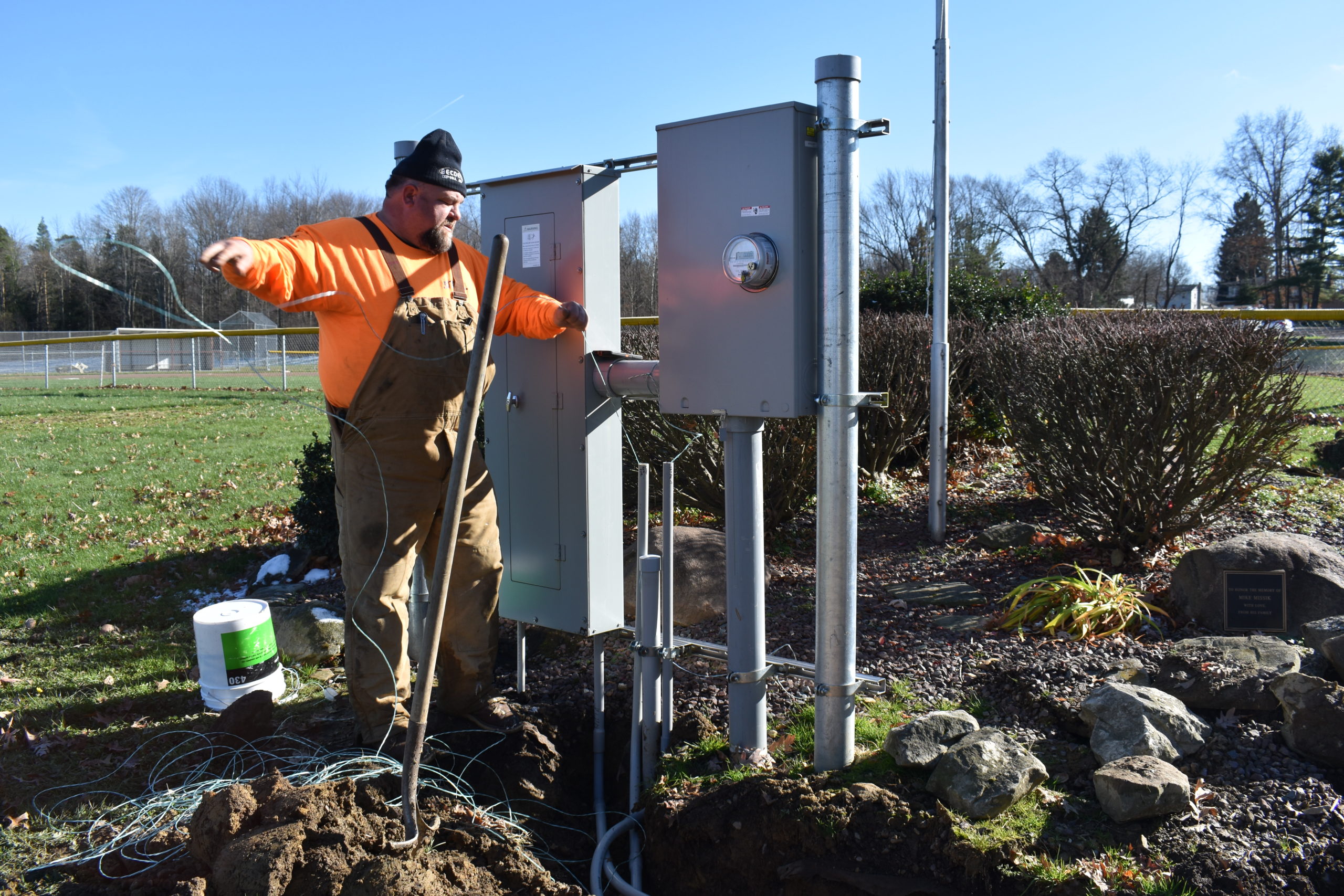 Jack Schell of Becdel Controls pulls wire through a conduit as part of the project to install cameras to monitor social distancing at Brookfield Township Community Park. The project was funded by a CARES Act appropriation.

Working up to the last day, Brookfield trustees approved expenses that they believe – and hope – will cover the entire amount of CARES Act money that they received.

Some of the items have been small, such as disinfectant, hand sanitizer and gloves. Others have been very expensive, such as a new ambulance, a new police car and renovations to sections of the police and fire department buildings designed to limit exposure of employees to members of the public, and to each other.

With the blessing of the U.S. Treasury Department, the trustees also have agreed to reimburse the fire and police departments for 10 percent of the wages they spent, back to March 1, to cover their costs of responding to calls involving COVID-exposed persons, cleaning apparatus and equipment and undergoing training.

The trustees had until Nov. 20 to allocate the money, and have until Dec. 31 to spend it. 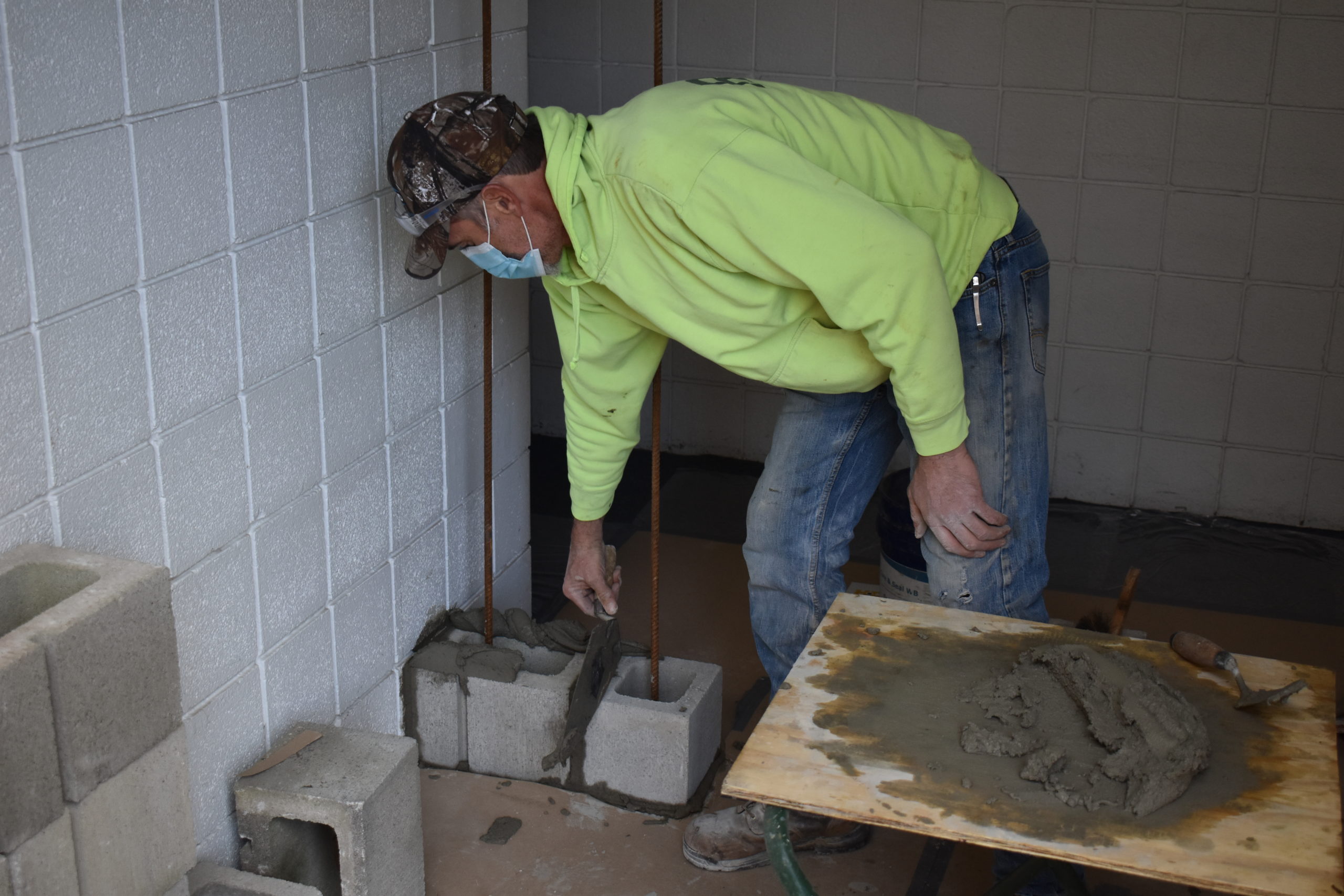 John Hill of Rien Construction blocks in the employee entrance at Brookfield Police Department. The new vestibule will contain a thermometer for logging temperatures of those who enter the building, with the intent to prevent COVID-19 from entering.

On Nov. 20, they approved the last expenses.

“I think we’re gonna be very, very close,” said Fiscal Officer Dena McMullin, noting that she did not have an exact tally because she had not received all of the bills for smaller purchases.

Any money left unspent would have had to go back to the county for redistribution.

The trustees also agreed to make the wages the last things taken out of the CARES Act money. That way, the departments will get what is left, and not necessarily what they asked for, which is $54,240 for the police department and $56,770 for the fire department.

Fire Chief David Masirovits said he was willing to take “the balance of that account when it’s all said and done.”

Trustee Dan Suttles complimented Masirovits and Police Chief Dan Faustino for being “diligent in finding approved ways, expenses. It’s a shame to say you gotta be creative to spend a half a million dollars.”

The money has allowed the township to get items that it would have had to use its regular budgeted money for, or would have had to have gone without. Faustino said the money should provide a cushion going into 2021 that could be used should staff members get sick with COVID and those shifts have to be covered by overtime or part-time workers.

“I don’t know what’s gonna happen over the next two months, two to three months.” Trustee Ron Haun said. “I think all these expenditures that we’re doing, I think what it’s doing, it’s gonna help us going into the following year, budgetarily.”

“By having at least some money available there, put aside, like the chief is doing, I think he’s being very conservative but also being prepared for what lies ahead for us, the unknown,” Trustee Gary Lees said. 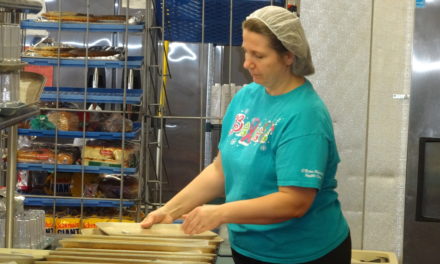 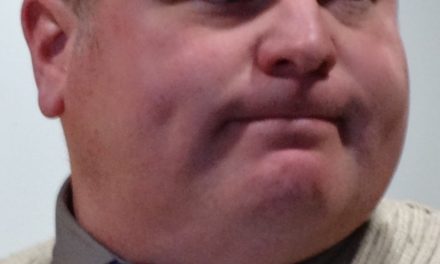