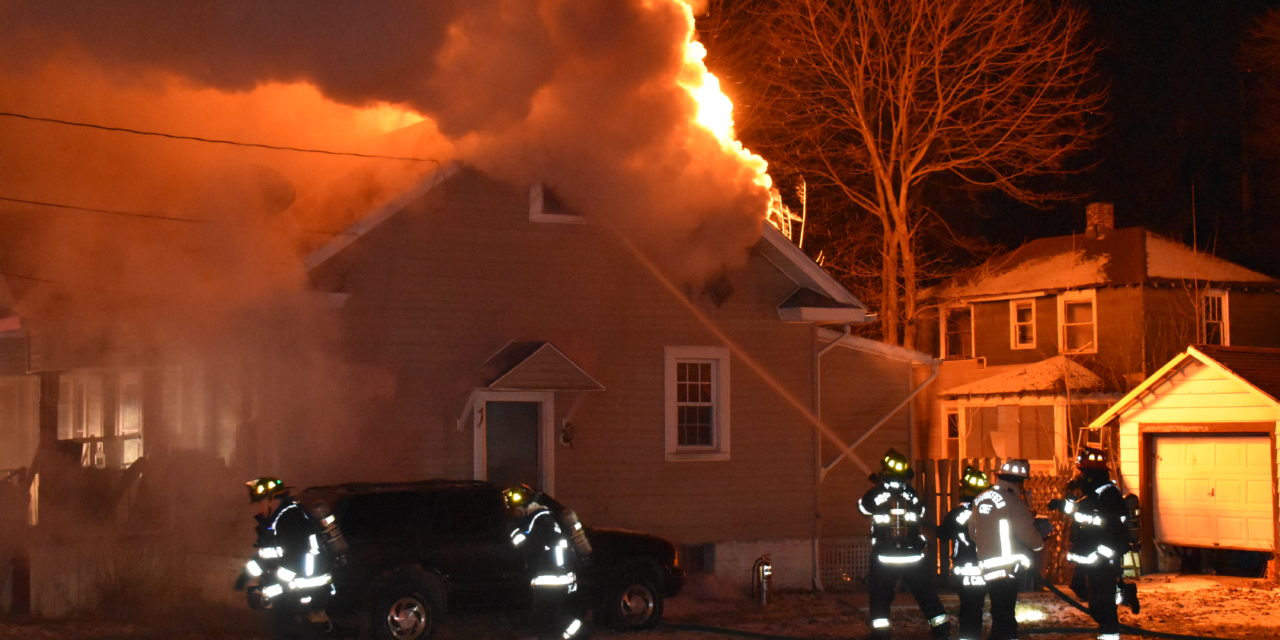 Fighting back tears as she detailed all the work she had done that was now for naught, P.J. Malcolmson managed to find the silver lining in the smoke cloud of a fire that extensively damaged her home in Masury.
“The plus is nobody got hurt and the neighbor’s house is OK,” she said. “That’s what matters.”
The blaze at 802 S. Stateline Road was reported at 7:49 p.m. Jan. 29.
“We believe the fire started in the basement or just under the first floor and actually burned a hole through the first floor and went on up into the attic or the crawl space area and then it spread laterally,” said Brookfield Fire Chief David Masirovits.
It was a difficult fire to fight.

“A lot of hidden fire,” the chief said. “The initial crews went down the basement, and they made a hit on what they thought was the body of fire. They didn’t know, while they were down there, that it erupted through the second floor and was coming out the side window and the back. They were initially removed from the house. I did an evacuation order, removed everyone from the house.”
The cause has not been determined, but there didn’t appear to be anything suspicious.
“We’re gonna investigate it ourselves,” said Masirovits, who was being aided by Brookfield Police Det. Aaron Kasiewicz.
The Trumbull County Land Reutilization Corp. actually owns the house, according to the Trumbull County Auditor’s website. It offers fixer-uppers for renovation and turns over the deeds once the buyers meet certain benchmarks.
The house, built in 1925, was in bad shape when Malcolmson signed up for the program, but she could see the potential, she said.
“I got it for a really good price, and I redone floors and walls and ceiling, brand new bathroom, brand new appliances, furnaces, stairs, siding, roof,” she said.
Watching all that work go up in smoke was “heartbreaking,” Malcolmson said. This house was her chance to start over, she said.
“I got divorced and lost everything in my divorce,” she said.
The property is insured, she said.
Firefighters from Sharon; Eagle Joint Fire District in Hubbard; and Vienna assisted on scene, and Liberty sent an ambulance for a medical call that came in while Brookfield was fighting the fire, Masirovits said. 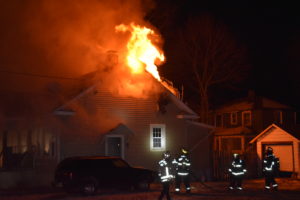 Be safe: ‘Look, listen and learn’