Brookfield Board of Education members Ronda Bonekovic and Jerry Necastro are running for new four-year terms in the Nov. 2 general election.

The board has three seats open but incumbent George Economides is not running, and no one else properly submitted petitions to run. If no one else makes it on the ballot, the board will appoint a fifth member after Economides’ term runs out in December.

School board members are paid $125 a month as long as they attend at least one board meeting a month,
and have access to the school district’s health care plan if they pay the full premium. 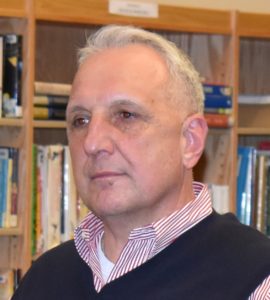 Jerry Necastro, 62, 7143 Springdale Drive. He is vice president of Ohio Foam Co., and his daughter, Miriam, is a Brookfield Middle School teacher.

Why are you seeking re-election?
Necastro: “I’m a part of a pretty good team, and I think that’s the key. I think it’s the team of a board working together with the superintendent and the treasurer. As a group, I think we’re moving the district forward.”

What qualities do you bring to the school board?
Necastro: “I’ve run my own business for 38 years, so I kind of bring that side of it. I bring that edge to the board. I think that’s helpful. My daughter’s in education. My son’s in medical school. We’re sticklers on academics. My son was a pretty good athlete here, and so we bring that side of it. We understand that there’s a balance of athletics and academics, academics being first. I think, when you bring them both together, and offer that to students, it gives them a lot of different things to do. I think I’m kind of well-rounded when it comes to the academic side, the athletic side, and then I bring the outside business world
in, I think that’s helpful.”

What do you want to work on with another term?
Necastro: “I want to follow (school Supt.) Toby’s (Gibson) lead. I think, getting through the COVID thing, the short
term is big for us.”
Necastro said he likes that the school is offering a pre-apprenticeship program that highlights the building
trades.
“I’m constantly looking for people to run CNCs and machinery that, I can’t find them. I’ve even worked
through the vo-tech, and they weren’t able to help me. I’ve had some recent electrical work done at my
plant and they were talking about how they have a hard time finding young people, students, to come in
as interns. They have an intern program; it’s a four-year program, paid, four or five years. They can’t get
anybody. Not everybody’s college material. The trades are big, and so I kind of want to push that to be
able to help that.” 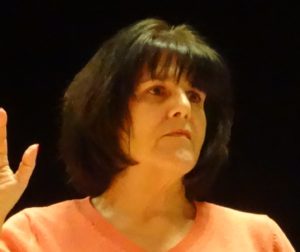 Ronda Bonekovic, 8167 Edmond St. She is an agent with Ashton Insurance Inc.

Why are you seeking re-election?
Bonekovic: “I’ve been doing this for over 20 years. I thought, you know what, I’m gonna do it one more time because we have such a new board that, I thought, me being a senior board member, that I could be
beneficial for them. I’ve enjoyed it for the past 20-some years. I’ve been here for the good and the bad. I’ve been here where our auditorium was packed, we had to have police presence, and I’ve been here where it’s empty. I think the school’s moving in a great direction, and I want to be a part of it.”

What qualities do you bring to the board?
Bonekovic: “I think the years of experience. I’ve been through many superintendents, many treasurers,
lots of staff; the building, the new construction. I don’t take sides. I’m not out to say I don’t want this
teacher teaching or this coach coaching, and I’ve never been that way. I want to make sure these kids get a
good education.”

What do you want to work on with another term?
Bonekovic: “I think just moving forward, in the direction that we’re going, the communication and getting more
students here, all the new programs that we’re starting. I think that’s great for Brookfield. I graduated from Brookfield. I had a great education here. Both of my kids are very successful. I have an attorney; I have a nurse, who’s now a travel nurse who’s going to midwife school. They got a great education here, and it was all because of the staff here, all the teachers and everybody that they dealt with, their coaches, everybody.” 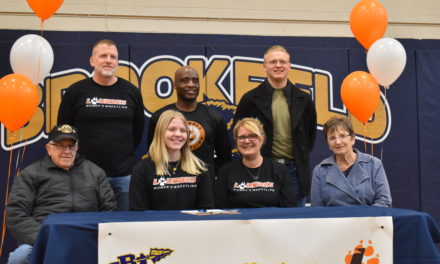 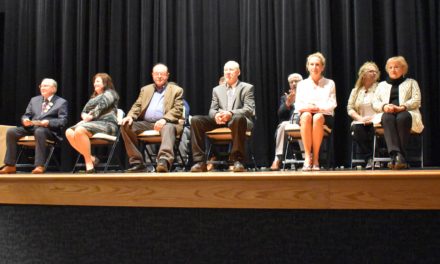