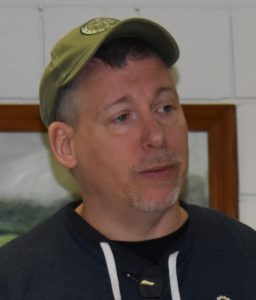 If Patrick Witt has the microphone, you might not get it back from him.

The senior vice commander for Veterans of Foreign Wars Post 6737, Hubbard, loved the army and wants to talk about it.

“I’d have stayed in 30, 40 years if I could, but my body just couldn’t handle it anymore,” he said at the Nov. 11 meeting of the Brookfield Township Historical Society.

Witt was stationed in Europe – “I traveled everywhere,” he said – and several places in the United States, and served deployments as a combat medic in Iraq and a flight medic in Afghanistan.

When someone pointed out that an older generation of vets refused to talk about their service, Witt counters that it is essential for him to share his stories.

“It’s therapy, almost, for me to talk about it, because if you bottle it up inside, and you keep it there, it’s gonna eat at you and just eat at you,” said Witt, who has post-traumatic stress disorder. “I like to share. It wasn’t all blood and guts and bombs. It was the fellowship, the friendship, the camaraderie. It’s bad, but the people you’re with make it better. I got that smile on my face when I talk about all this experience. If I didn’t go through those things that I went through, I wouldn’t be the person I am today.” 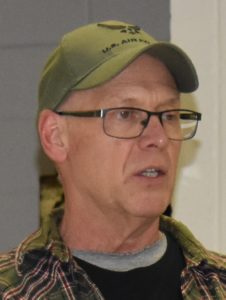 J.P. O’Brien, who retired after 23 years in the Air Force, said many vets don’t just leave the military, like it’s moving from one job to another.

“When you serve all those years in the military, and you get out, you don’t know what to expect,” said O’Brien, of Coitsville, formerly of Hermitage. “When I retired, I didn’t know what to expect, and I struggled for about two, two-and-a-half, almost three years trying to fit back into a civilian world, how they do things. I was way out of my element and it was not comfortable. I would’ve gone back in a heartbeat, but I couldn’t. Eventually, you do adjust, though.”

O’Brien served during the waning days of the U.S. underground nuclear testing program, before it was outlawed by a treaty with the then Soviet Union. He also served with helicopter and airplane units, flying all over the world. He flew strategic combat missions in Iraq, ceremonial missions to return newly discovered remains of dead service members from Asia, and test flights in the United States.

He said he enlisted at 22, late for some, after working four years in manufacturing for the former Ivor J. Lee Co. in Sharon.

“On rough days (in the Air Force), I would just tell myself, ‘Would you rather be back at Ivors than here?’” he said. 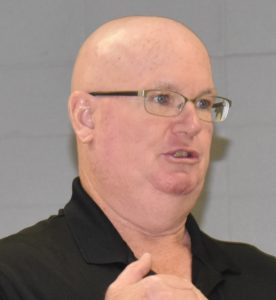 Dan Barniger, a retired Air Force first sergeant who also has army experience, said the troubles vets have adjusting to civilian life is one of the tradeoffs for having the freedoms U.S. citizens enjoy.

For Barniger’s part, he was willing to pay that price.

“When we come back from war zones, we’re just not the same no more,” said the Afghanistan vet. “But, we love our country. I would put my uniform on right now, if they would call me. I’m too old, can’t go back, but I do appreciate everything I did. I loved it.” 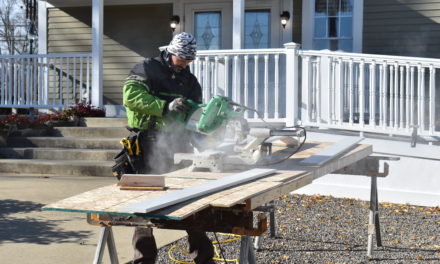 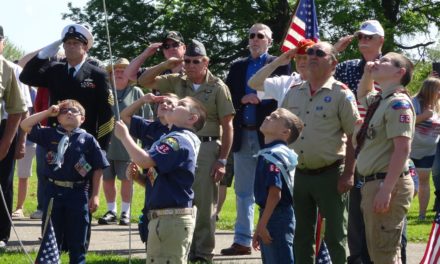