The second of two men charged with obstructing justice for harboring a runaway 15-year-old girl has entered a plea.

Isiah J. Krzyston, 22, of 603 Brookfield Ave., pleaded guilty or no contest Dec. 2 in Trumbull County Eastern District Court. Judge Marty Nosich sentenced him to a $100 fine and 1 year of probation. 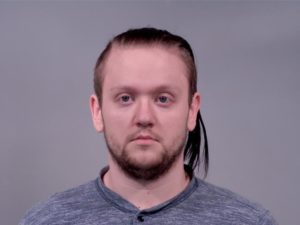 The girl was found at Krzyston’s home on Addison Road on Nov. 16, two days after having been reported missing.

Also charged was Ivan J. Mach, 22, of 8155 Addison Road, Masury. He pleaded guilty to obstruction and Nosich sentenced him to 30 days in jail, a $100 fine and 1 year of probation.

Mach had told police Nov. 15 that he did not know where the girl was, and police turned up a photo of Krzyston and the girl that had been taken after she was reported missing, police said.

The girl has been charged with offenses in juvenile court, police said.