Ice cream cone maker had its roots in Masury 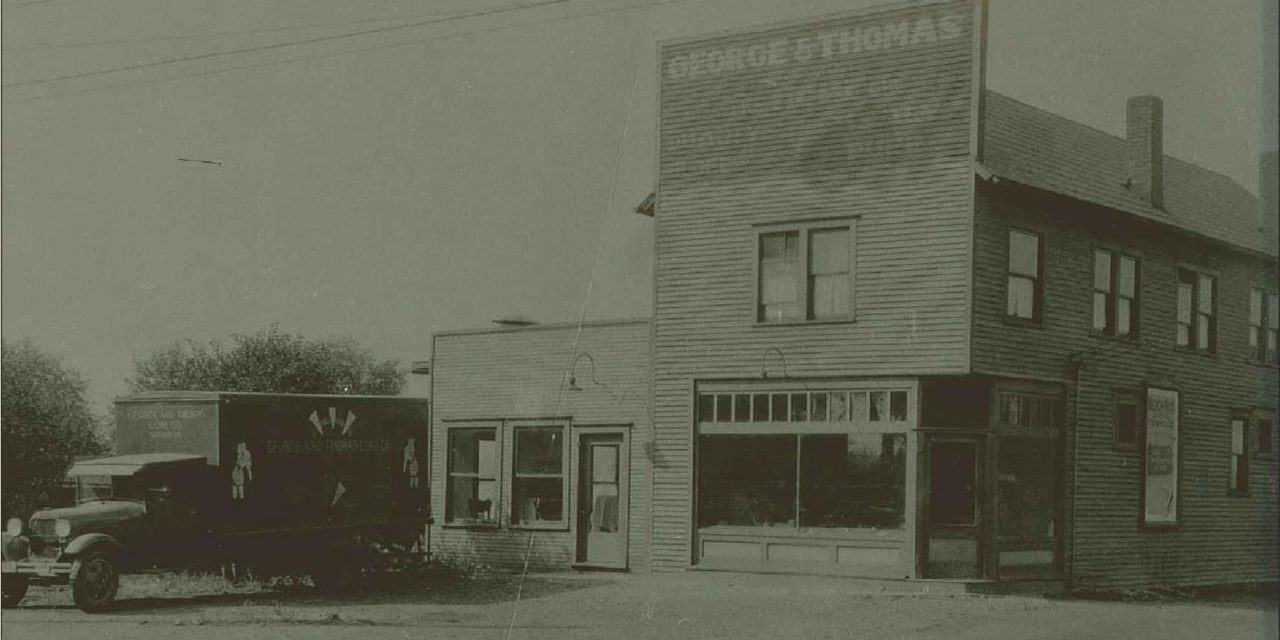 Joy Cone Co. makes 2 billion ice cream cones a year, is creating new product lines, and is planning to expand at least two of its four production facilities to serve its existing customer base and potential new ones.

The success of the 104-year-old company, based in Hermitage, would probably astound its founder, a Lebanese immigrant who had much more modest goals.

“We started here in Brookfield, Ohio,” said company President David George, the third generation of the George family to head the cone maker.

As George told the Brookfield Historical Society on Feb. 10, the Joy Cone story is one of immigrants seeking the American dream, of high highs and low lows, and a clear mission.

“It’s never been a snazzy, sexy company with whiz-bang marketing, things like that,” George said. “It’s just been a complete focus on quality, best-tasting product, highest level of service and a really competitive price, and being the lowest cost producer. It’s been a successful recipe for us for sure.”

George likes to start the Joy Cone story with his great-grandmother, Shawneene George, a steerage passenger on the Titanic who was pushed into the last lifeboat to leave the ship before it sank in 1912.

She spoke Arabic and knew no English, but was able to start a new life in the Lebanese community in the Mahoning Valley, setting the stage for future generations to flourish. 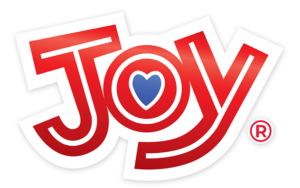 Shawneene’s son, Albert, who came to the United States in 1914, was an enterprising young man.

“He first started a little grocery store,” David George said. “There was a bowling alley. A fellow Lebanese immigrant came to him, not a relative, and just said, ‘Albert, I have a small, hand-operated cone oven.’ He said, ‘You run the business, I’ll make the cones. You’re a good businessman, you should do the cone company.’ My grandfather said, ‘OK, I’ll give it a shot.’”

Albert George and his brother, Thomas Thomas, started George and Thomas Cone Co. at Brookfield Avenue and Ulp Street in Masury in 1918.

Cones became more than a treat.

“I’ve been told, during the Depression, you could go up to the cone plant and get a large garbage bag full of cone scraps,” he said. “People during the Depression would take them and they would make them cereal. That was a whole lot cheaper than going to the grocery store.”

By 1934, the Ulp Street building was too small, and the cone company moved to South Irvine Avenue, on the site where Penn-Ohio Lottery and Deli is now. The property is partly in Masury and partly in Sharon. The George family moved into a house across Irvine from the plant. 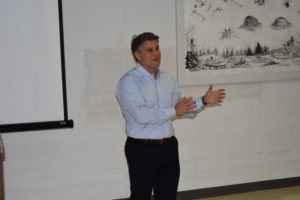 Fred Sydlowski of Brookfield said he remembers the Irvine location.

“My grandparents lived on Addison Road, and my uncle used to tell me they’d go down to the cone factory and get broken cones for pigs,” Sydlowski said.

In 1943, fire hit the plant. George said his father, Joe, remembered looking out the front of his home and watching the factory burn.

The fire didn’t totally destroy the plant, but, being in the middle of World War II, building materials were hard to come by.

“He (grandfather) was kind of stalled for a couple years, but he got it back up and running in 1945,” David George said. “The fire really kind of broke his spirit. Really, from 1945 to about 1964, it was a slow decline. My grandfather was basically just kind of a caretaker for the business. When he lost his last customer, he was just gonna close it and sell the building and that would be that.”

The fire not only hurt the company and the George family, but also the employees, including Naseeb and Theresa Thomas Rice, who also were Middle Eastern immigrants. Mrs. Rice was related to the George family.

“In 1943, the cone factory caught fire and burned down,” the Rices’ granddaughter, Theresa Rice Daugherty, recalled in 2019. “My grandparents found themselves without a job. Because my father was 18, even though he was a junior in high school, he had to go to work to help support the family. My grandparents had difficulty getting jobs because of their lack of reading and writing English.”

Daugherty’s father was Ray Rice, who served as judge of Trumbull County Eastern District Court for many years.

Joe George wanted to take the business over, but his father thought Joe should follow other opportunities. After all, he had attended Harvard, served in the Marines and was working for Exxon Mobil.

By this time, George and Thomas Cone Co. had only one customer left, the Isaly Brothers, who had a small number of stores, including one in Masury. That year, George and Thomas did $25,000 in total sales. In April, just a few months after Joe took over, a second fire destroyed the plant. Joe moved the company to the former Deneen’s Dairy farm in Hermitage, and rebuilt the business from the ground up.

“It was a really rough, rough start when he took over and, really, the first four or five years were touch and go with the business,” David George said. “My dad would joke that he was eligible for food stamps and he was president of the company. They just didn’t make any money.”

But, by the end of the ’60s, the company started to grow. Joe George, whose brother, Mike, had joined him at this point, expanded the company’s focus from supplying cones to wholesalers to also selling them in retail stores, and adopted the Joy Cone brand name.

In the ’70s, Joy started making its own cake cone ovens, showing advantages in cost and quality, and nabbed a portion of Dairy Queen’s business.

In the ’80s, Joy started making waffle and sugar cones, and built a manufacturing plant in Flagstaff, Ariz., which David George ran for the first four years, to serve the growing western market.

Mike George left the business, brother Fred came on, but he too left.

The industry contracted, with competitors selling out or going out of business, and a 2016 purchase of BoDeans Baking Co., based in Le Mars, Iowa, got Joy into the industrial market, making cones, wafers and cookies for other companies to incorporate into their ice cream products.

David George finds himself ready to begin a new chapter in the Joy story. Joy has started making graham cracker pie crusts – now for Publix, later this year for sale at Target – and David George would like to sell cookies directly to consumers, either through co-packing or private label arrangements.

Joy also is planning expansions of both of its Hermitage plants.

Although Joy Cone is located in Hermitage, there still is a connection to Brookfield and Masury through its employees.

“There’s something about the work ethic in this area that is just so solid,” David George said. “We can hire easier here than we can in Flagstaff or Iowa, and I’m not putting those areas down.”

The company employs more than 700 at its Hermitage plant, which operates around the clock. The area’s industrial heritage could explain Joy’s success in finding the right people to meet the demands of its customers, David George said.

“We really don’t have a hard time finding people to work midnight shifts,” he said.