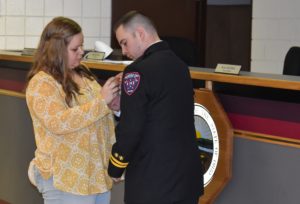 Kristy Hollander pins the captain’s badge on her husband, Derek, at the May 3 Brookfield trustees meeting, when he was promoted to the command staff position in the Brookfield Fire Department.

The trustees promoted career firefighter Derek Hollander to captain, filling the vacancy left by Capt. James Williamson, who has become fire chief in Newton Falls. Hollander will be paid $49,687. He was hired as a part-time firefighter in November 2019, and promoted to full time in March 2020.

Brian Stanley was hired as a full-time firefighter and paramedic. Stanley has experience working for other fire departments and private ambulance companies and was once a policeman, Fire Chief David Masirovits said.

Stanley had been a part-time Brookfield firefighter since February 2019.

Brookfield trustees hired Stanley at 80 percent of a tenured full-time firefighter’s salary, or $37,857.

Stanley was one of three candidates interviewed by the trustees – “All good people,” said Trustee Dan Suttles – from six who applied for the position. 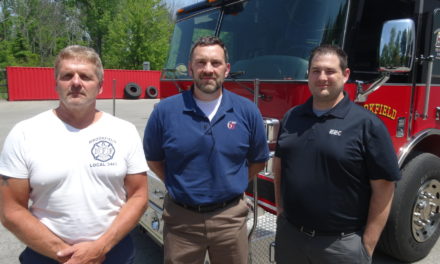 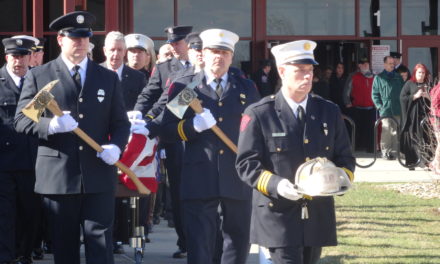 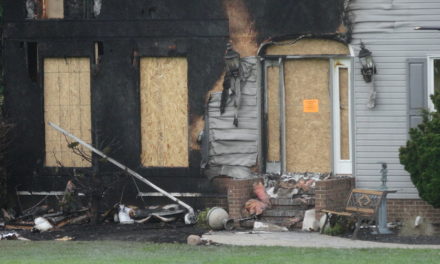