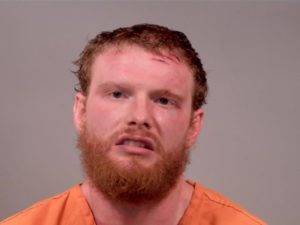 A Campbell man has been sentenced to prison for Jan. 11 incidents in Yankee Lake and Hartford.

The incidents started in Yankee Lake, where a cook at the Yankee Lake Inn reported that Moore punched him several times. After Moore was subdued, he left and drove into Hartford.

Hartford police said they saw Moore speeding and gave chase until Moore rolled his car over on Hayes Orangeville Road, police said. Brookfield police assisted Hartford, and Brookfield Police Sgt. Cody Dean was kicked in the chest by Moore, who was trying to break a police car window.

Moore had resolved a separate, less serious charge, in Trumbull County Eastern District Court in February. He was found guilty of telecommunications harassment by Judge Marty Nosich, who sentenced Moore to 90 days in jail and 1 year of probation. Moore repeatedly called and texted a 25-year-old Masury woman.