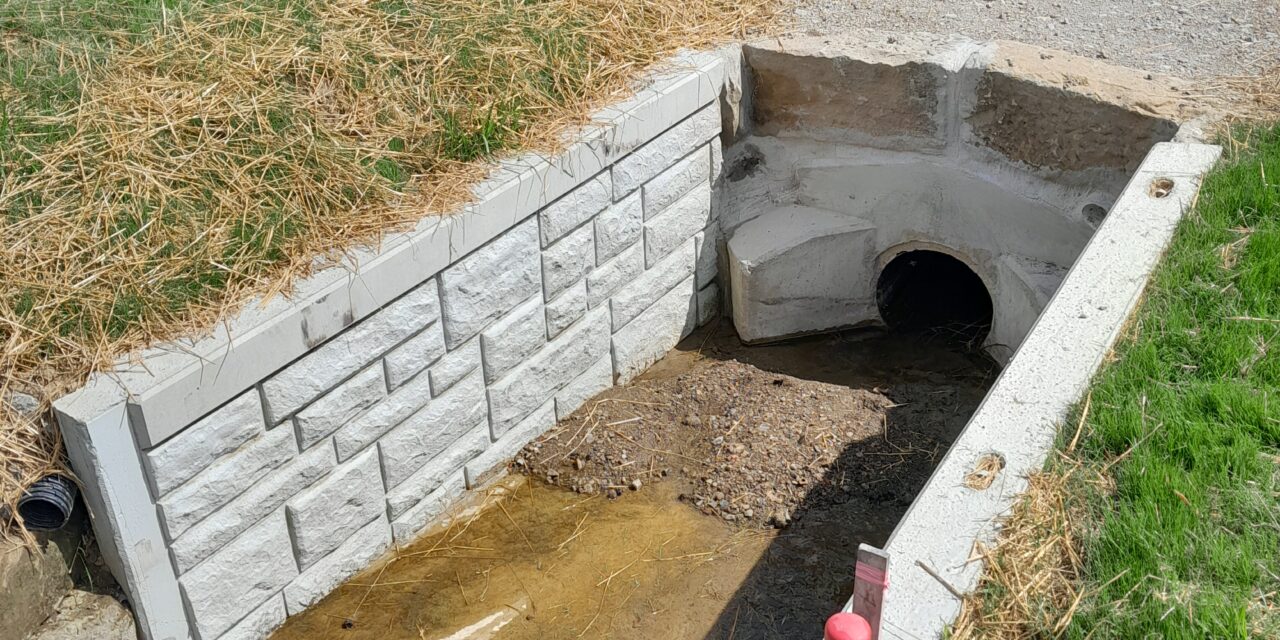 Brookfield Township officials have taken a second crack at addressing flooding in lower Masury. A project undertaken last year as part of a grant-funded Neighborhood Revitalization Project – it was designed by an outside engineer, and a private contractor built it – did not do as good a job as anyone had hoped.

This time, the township road crew designed its own project.

Officials had wanted to widen the ditch that runs between Second and Third streets, but such an effort is impossible unless they remove garages and other outbuildings that have been built on the township right-of-way. The project last year widened the ditch as far west of Miller Street as they could go, and installed a water collection basin that feeds water into pipes that run under Miller and take water eastward.

This year, the crew ripped out some of the basin, removed rip-rap rocks that had been clogging up the pipe, installed two concrete slabs – repurposed sound-deadening walls – and raised the bottom of the basin.

“The purpose of the wall is to concentrate the water into the pipe, and to bring the stream bottom up so that the water is not eroding any holes,” said Road Supt. Jaime Fredenburg.

The Trumbull County Engineer’s crew brought a sewer jet in to blow debris out of the pipes, Trustee Dan Suttles said.

The township crew also built a slag road from Miller to the basin so they can easily get to the basin to clean it out when it fills with debris.

Suttles said he has noticed recently that “the water isn’t sitting as much as it did in the past.”

The township’s efforts are not complete.

The Norfolk Southern Railroad has agreed to clean out clogged culverts that run underneath the tracks on the east side of Standard Avenue, and Fredenburg said he hopes the railroad will give the county permission to come onto its right-of-way to finish cleaning out ditches along Standard.

Officials recently got word that there is no inclination from the state to help on the western end, where they said the water comes from. Township and county officials had hoped the state would undertake a project to redirect water that comes off Route 62.

“They didn’t think that they put any substantial amount of water down that roadway,” Fredenburg said of an email from a state official. “Basically, what they’re saying – they’re out.”