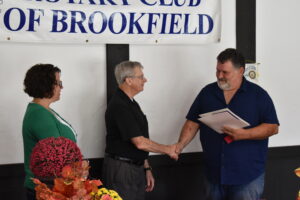 With John Zell’s installation as a member of the Brookfield Rotary Club on Sept. 20, the club has gained two members in 10 months, and its roster now stands at five.

While that’s not terrific growth, it is a positive among an opposing trend in Ohio, said Michelle Charles, governor of District 6650, which includes Trumbull County.

“We were actually the only district in Ohio that had positive growth,” she said of last year’s membership figures.

The Brookfield meeting was the 33rd club visit Charles had made since July, leaving 13 clubs yet to see her face.

Rotary International and District 6650 have their own initiatives that Charles encourages local support for – including polio eradication efforts, Ukrainian humanitarian relief and providing coats and shoes to kids – but she likes to see what individual clubs are up to.

“Every club has its own personality, its own vibe,” she said.

Brookfield is the smallest club in the district, but its members are dedicated to its initiatives, including helping the township trustees organize an annual Memorial Day observance, honoring veterans at an annual lunch, awarding a scholarship to a graduating Brookfield High School senior and beautifying the community by planting flags on sponsoring properties.

The club also provides labor for other groups’ community initiatives.

Zell joined the club at the behest of his wife, Amy, who joined in November.

John Zell was already helping with club activities and his wife said, “If you’re gonna do all the work, you might as well join,” he said.

“I care about the community,” he said.

Charles said a key to increasing club membership is inviting members of the community to club meetings and activities.

“Just extending an invitation, sometimes that’s all it takes,” she said.

Charles also complimented Amy Zell with her work promoting the club through its Facebook page, which has become a key way for clubs to reach the community.

“You guys do a great job on social media for such a small club,” Charles said. 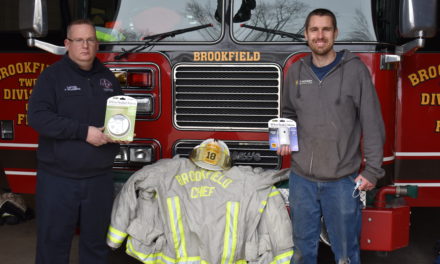 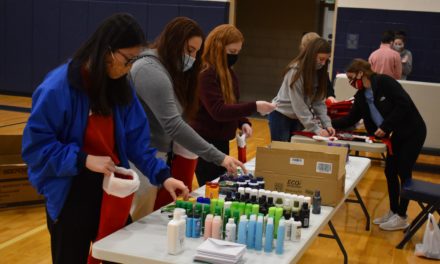