Holding signs that read “Steel Strong” and “Jobs Worth Fighting For,” union employees of Roemer Industries, Masury, hit the picket line Thursday, Sept. 6, for the second day.
The members of United Steelworkers Local 1375 said they are protesting unfair labor practices by management. 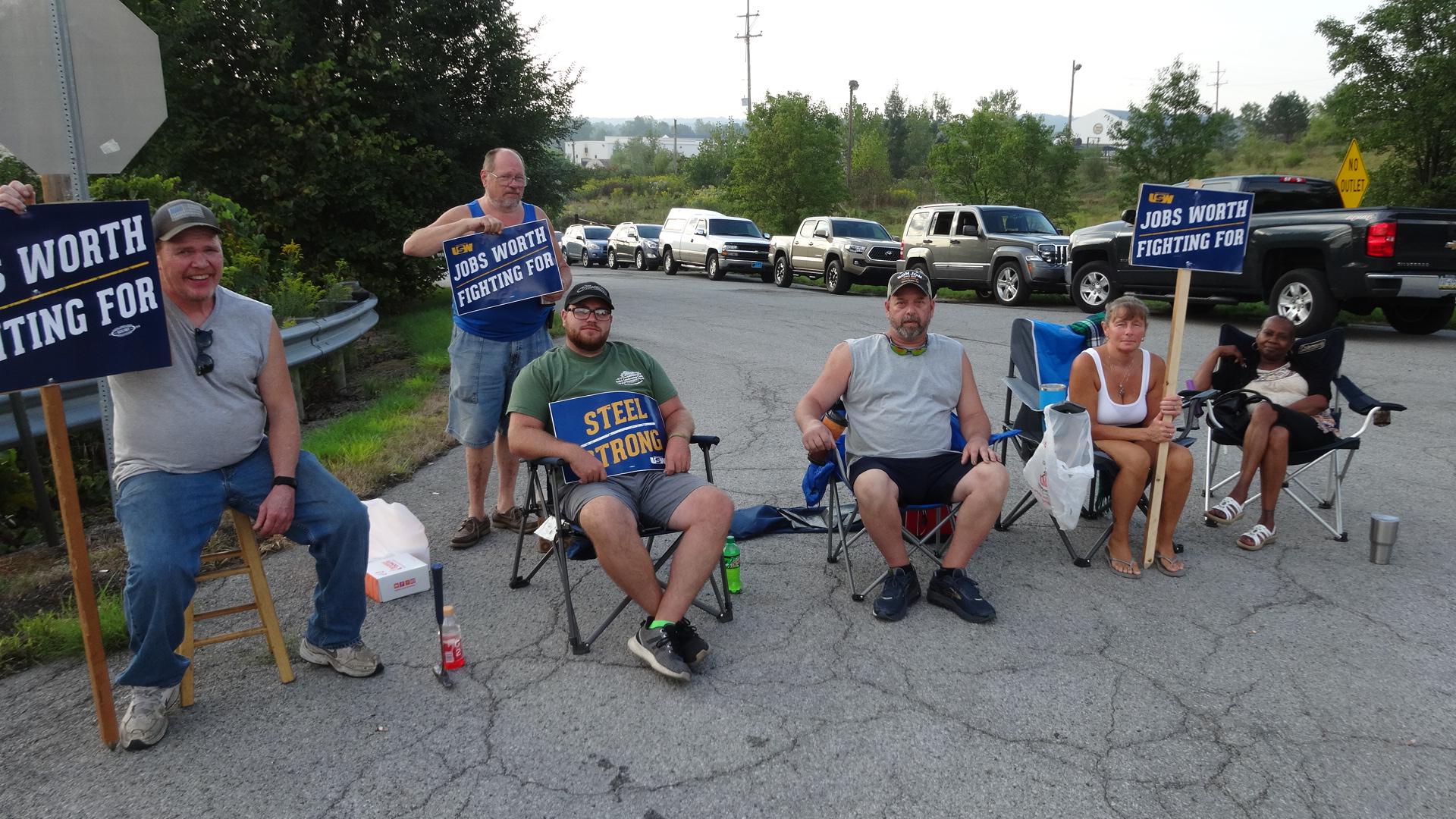 “They don’t want to deal with us as a union,” said Recording Secretary Harold Hrabowy, a maintenance worker from Liberty.
“They want to get rid of the union in their shop,” he said. “They’re not negotiating in good faith.”
A voicemail message left Thursday morning with company owner Joe O’Toole was not immediately returned.
Nineteen employees walked off the job, Hrabowy said.
Roemer makes name and identification plates from stainless steel, brass and plastic, he said.
The last contract expired in April 2016, Hrabowy said.
“We’ve had plenty of time to negotiate a contract,” he said.
Kurt Wedge, a screen printer from Burghill, said the long period without a new contract has left him “on edge.”
“You’re worried about your job,” he said.
While support for unions has decreased nationally, there still is support locally, Wedge said, judging by motorists stopping by and honking as they drive past the strikers’ two picket lines. 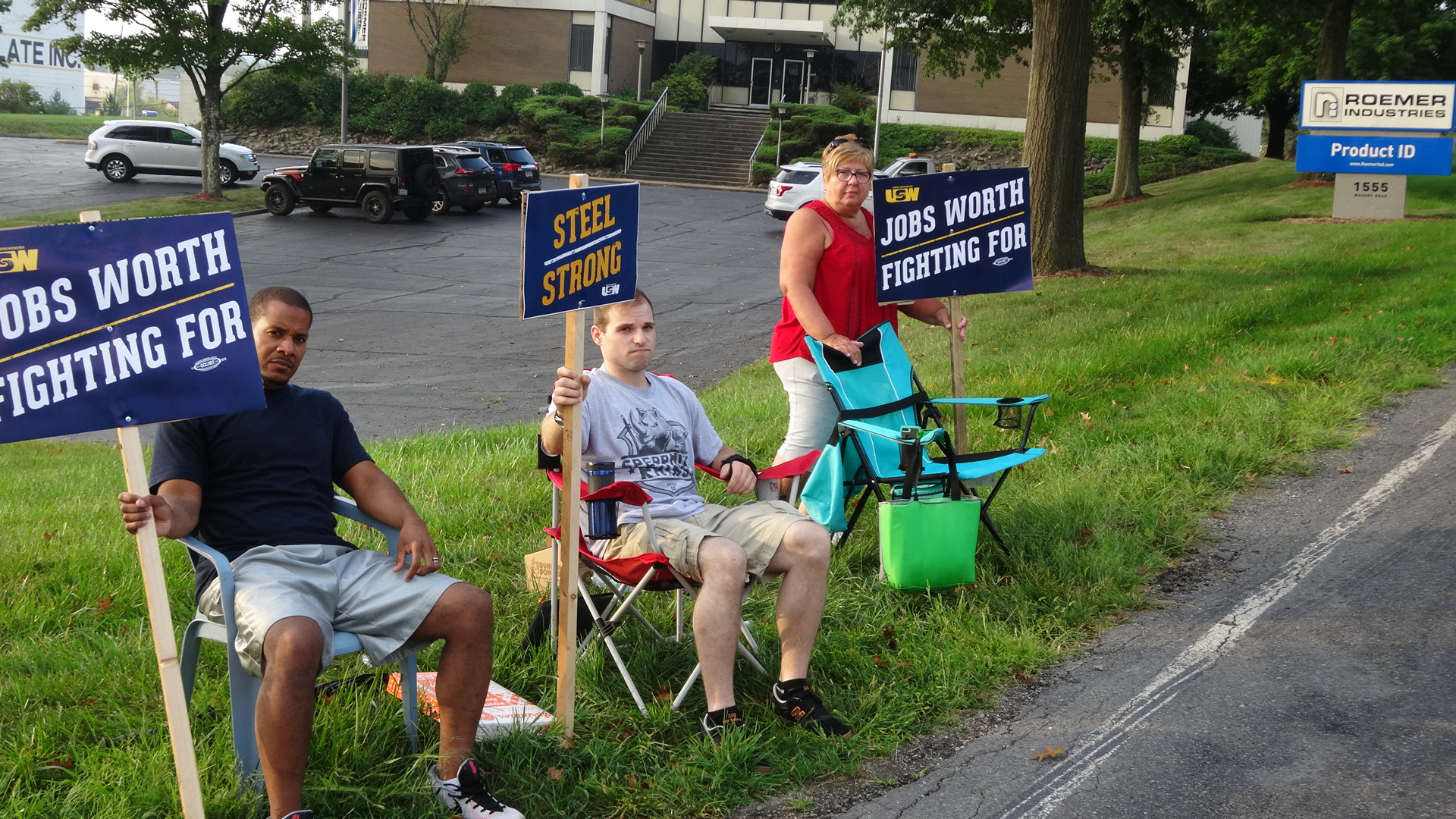 Striking Roemer Industries workers are, from left, Dale Sims of Sharon, Mike Pawluk of Hermitage and Sue Wiley of Girard.

Union members from other companies have stopped by and supplied coffee and doughnuts, said Wedge, formerly of Masury.
Negotiators last met Tuesday “for a very short time” and the preceding Friday, Wedge said, adding he would be willing to go back to work if substantive bargaining is set.
“All we want is a fair contract and for him (O’Toole) to negotiate a fair contract with us,” said Wedge, who has worked for Roemer since 1990.
The union last struck for about three months in 1998-99, Wedge said. 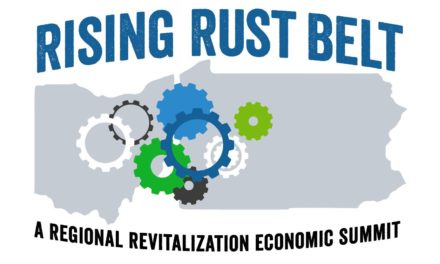