When George Chomos got out of the service in 1968, there was no one to greet him at the airport.

“I still remember going back to college and you really didn’t tell people you were a vet back then,” the Brookfield man said. “The country was just in complete turmoil.”

“It seemed like they blamed the GIs for everything in ’68,” Chomos said.

That’s why he’s a little surprised with the public attention on vets these days, the discounts offered by major retailers and the honor days at ballparks and other events.

While Chomos said he knows of a lot of vets who still are bitter about the treatment they received back in the day, he said he appreciates the positive recognition now afforded vets, such as the annual veteran’s luncheon offered by the Brookfield Rotary Club, which was held Nov. 13.

“The idea here, in this small town, I think is great,” said George Vranich, who spent 32 years in the Marines and the Air Force Reserves. “I think it’s really great, what the Rotary is doing.”

The vets talk a little about their service, offering whatever war stories they care to share.

Club President Ellwood Walker, a former Marine, explained what it was like to come under mortar attack while in Vietnam.

“Fortunately, my foxhole was two feet away, which I dove into,” Walker said. “It lasted maybe four or five of the longest minutes of your life. Mortar rounds are dropping all around us. That’s the only time that I felt, ‘This is it. I’m really going to die right there.’ Fortunately, it finally ended and we managed to crawl out of the foxhole.”

Terry Gerba, who enlisted in 1966 “out of the youthful combination of boredom and stupidity,” found himself at 18 in Vietnam.

“I wished I would have paid attention in the duck, dodge and hide class because, within two months, I was wounded the first time,” he said. “Nothing critical. Didn’t die.”

Many vets have far less harrowing stories, but stories nonetheless. Jaime Fredenburg told of chasing camels off the firing range in Kuwait; Gerba of teaching officers how to fire mortars; Walker of having to destroy and bury a care package of food from home because he couldn’t carry it all; and Gerry Thompson of driving in President Kennedy’s funeral procession.

While Dan Suttles said he was “embarrassed” by his four years as a firefighter in the Air Force when compared to the service of Walker and Gerba, he added, “I’m impressed with the fact that you live in my community. I’m proud to be a part of that.”

Walker said all vets are equal. “We fully understood that our service could result in our death,” he said. “Wherever and whenever you served, you can take pride in your accomplishment.”

“Every year, the Rotary Club, you guys always treated me good and I really appreciate it,” he said. “I like being around veterans, because we have a lot of stuff in common, talking about different things, everybody has different stories. It made me proud to be a veteran and I feel good inside.” 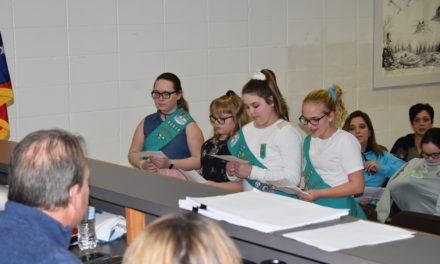 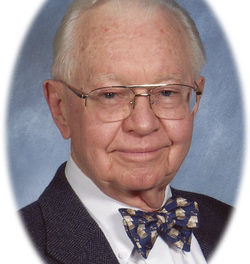 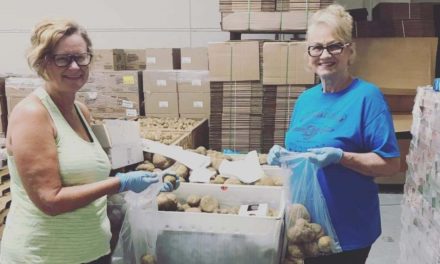 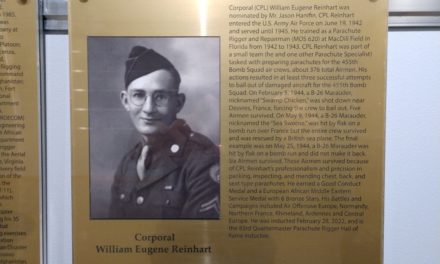