Officials at Buhl Park have spent a lot of time in recent years adding new things for people to do, including an off-leash dog park, a “pump track” for bicycle riders, a mountain bike trail, a handicapped accessible playground, a swimming pool climbing wall, a concession stand at the Performing Arts Center, and an outdoor environmental classroom known as Sandy’s Place.

This year, pickleball courts will be built to cater to enthusiasts of a game that runs somewhere between ping pong and tennis.

“I think what you’re going to see going forward is improving what we have and expanding use of what we have,” said Gary Hinkson, president of the Buhl Park Corp, which runs the park, and a member of the F.H. Buhl Trustees, which owns the Hermitage park and is responsible for its assets.

The flurry of construction has not taken away from the desire to maintain areas of open green space and a natural environment, he said.

“We are not an amusement park,” Hinkson said. “We have to make sure we don’t overbuild.”

In keeping with that theme, officials plan to upgrade the park’s swing sets and playgrounds this year. A consultant assessed each one and offered recommendations to improve their safety, such as building up the fall zones.

“It’s not new installation, but it’s repairing what we have,” said Interim Executive Director Linda Evans.

Hinkson noted it takes about $1.2 million a year to operate the park, of which about $500,000 comes from the trust Frank Buhl set up more than 100 years ago when he created the park. Donations, fundraisers and activity fees make up the rest of the budget, he said.

One way to generate more funds for the park would be to host more events. Weddings are a growth sector, and officials hope to continue that trend by holding a bridal expo from noon to 4 p.m. March 9. In addition to hosting vendor displays in the park’s Casino, officials will promote locations in the park where weddings and related events can be held, said Annie Carpenter, director of events.

The park also is talking to officials from Sharon Regional Medical Center, Primary Health Network and UPMC about health and wellness initiatives that could be held in the park, Evans said.

The park is open to hosting events organized by others, as evidenced by Let’s Celebrate America-Armed Forces Day, which will be held May 18; the Buhl Park Grand Prix, June 8; and Buhl Day, Sept. 2.

“That’s a big deal for us,” Evans said of growing park use through events put on by others. “There’s more and more collaboration here in the park.”

Here’s a short list of events planned for Buhl Park in Hermitage: 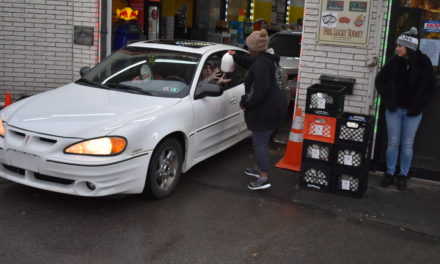