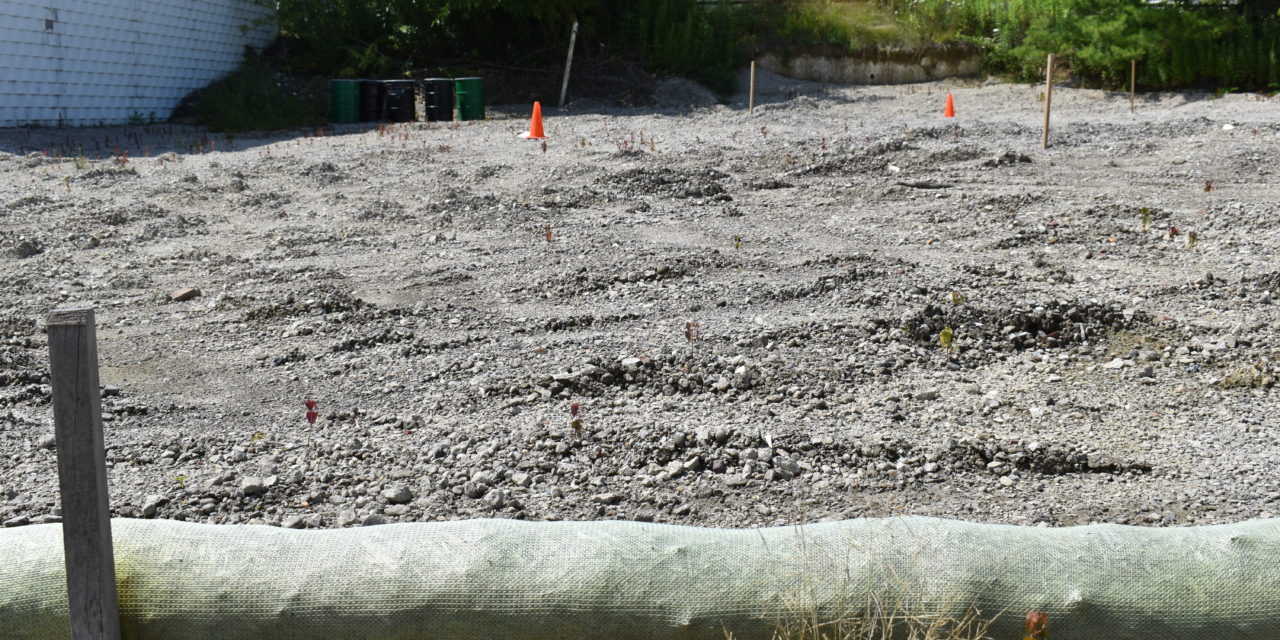 The old Fuel Express gas station at South Irvine Avenue and Roberts Street in Masury has been removed but the Trumbull County Land Bank still has work do to at the site.
Brownfield Restoration Group has dug wells at the site so groundwater quality can be monitored, said Jeremy Star, the land bank’s demolition coordinator.
The land bank used a grant to raze the vacant station, and the demolition was completed in April. Soil testing in May showed a high level of contaminants, and soil was dug up and hauled away, he said.
Technically, the land is not for sale, and can’t be sold until the property is deemed safe, but Star added that the land bank would entertain proposals.

Although there has been talk about who might be interested in the property and what might be nice to locate there, the land bank has not received any contacts about buying the property, he said.
“At this point, it doesn’t look like anybody’s put anything in writing as far as a proposal,” he said.
As for how long it will take before the property gets a clean bill of health, that’s hard to predict. Star noted the land bank removed a gas station in Girard in early 2018. “The testing side of it is still going on,” he said.