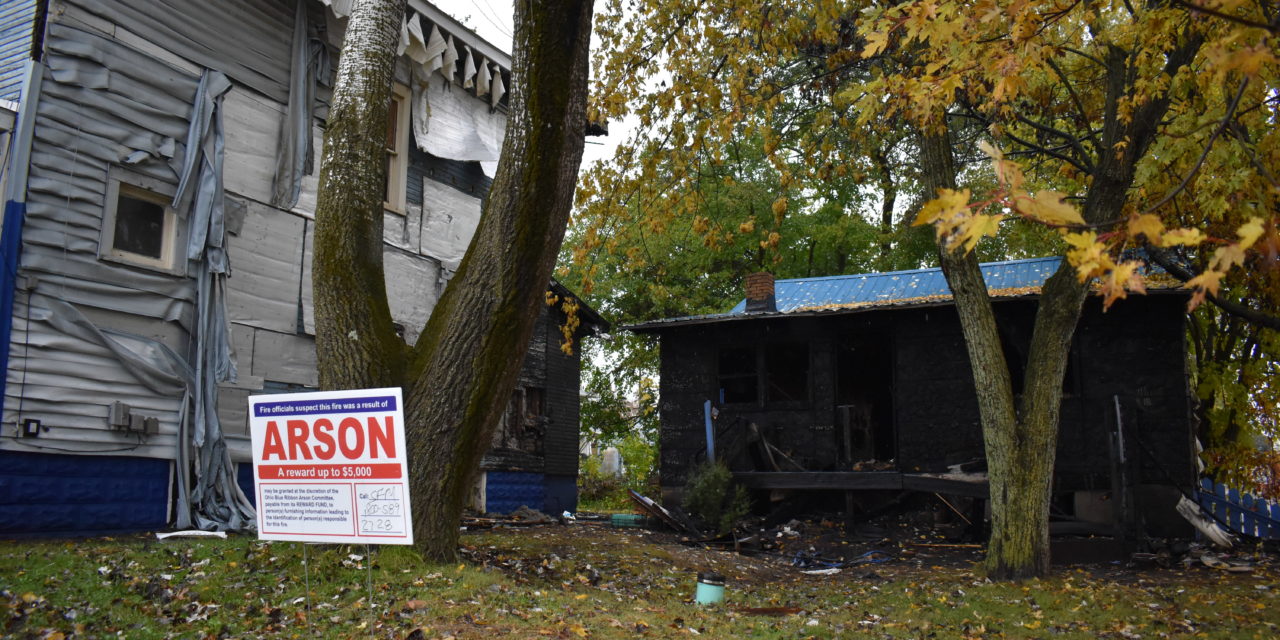 A state fire marshal has placed a sign in front of a Masury house that caught fire Tuesday night. The sign says arson is suspected and offers a reward for information that leads to identifying who is responsible for the fire.
The fire damaged two unoccupied houses.
Brookfield Fire Department was called at 10:51 p.m. to Roberts Street and Dutch Lane. The fire originated in the front of a single-story house at 18 Roberts St. and spread next door to a two-story house at 8239 Roberts, said Brookfield Fire Chief David Masirovits.
The chief noted there is a discrepancy in the addresses, and those listed are what is shown on the Trumbull County Auditor’s Office website.
“Crews arrived to find the front of the house well-involved,” he said. “Probably about 40-percent involvement. It was moving to the second house.”
The two houses, while not lined up next to each other, are about four feet apart at their corners, Masirovits said.
“Initial crew made a heck of a stop on the fire and kept it from going any farther,” he said. “Mutual aid departments began to arrive.

Sharon (Fire Department), with a quick response, was able to pull a second attack line and work on the second house and then Hubbard (firefighters) arrived. They made entry into the second house.”
While the single-story house sustained the worst damage by far, damage to the two-story house was “significant,” Masirovits said. “It went up the back of the house and under the eaves, then to the attic area.”
The fire marshal’s office had a crew at the site while firefighters were still there, and has taken over as the lead investigator, with Brookfield police assisting, he said.
No one was injured, and the first fire truck pulled up next to a fire hydrant, Masirovits said.
“We had good water supply,” he said. “The crews did a really good job of setting the fire up and accomplishing what needed to be done. Everybody worked well together.”
Vienna firefighters and Brookfield police also assisted.
The 18 Roberts St. house is owned by Nathan J. and Elaina M. Rogers of Stafford, Vir., according to the auditor’s website. The house is not insured, but the owners are making arrangements to get it boarded up, Masirovits said.
The two-story house is owned by Heather M. Woods of Brookfield, according to the auditor’s website. This home also is not insured, Masirovits said.
Both houses were built in the 1920s, according to the auditor’s website. 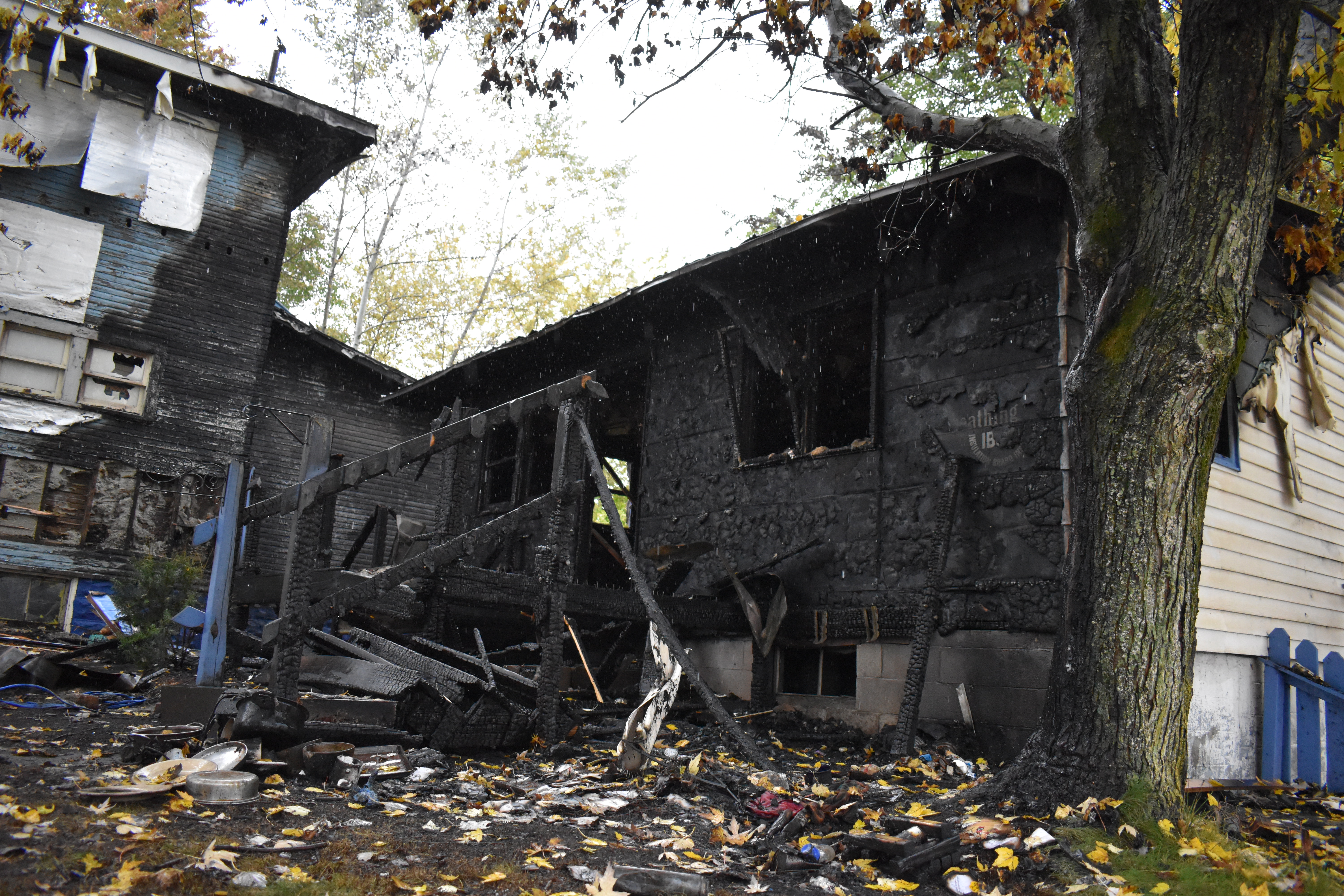 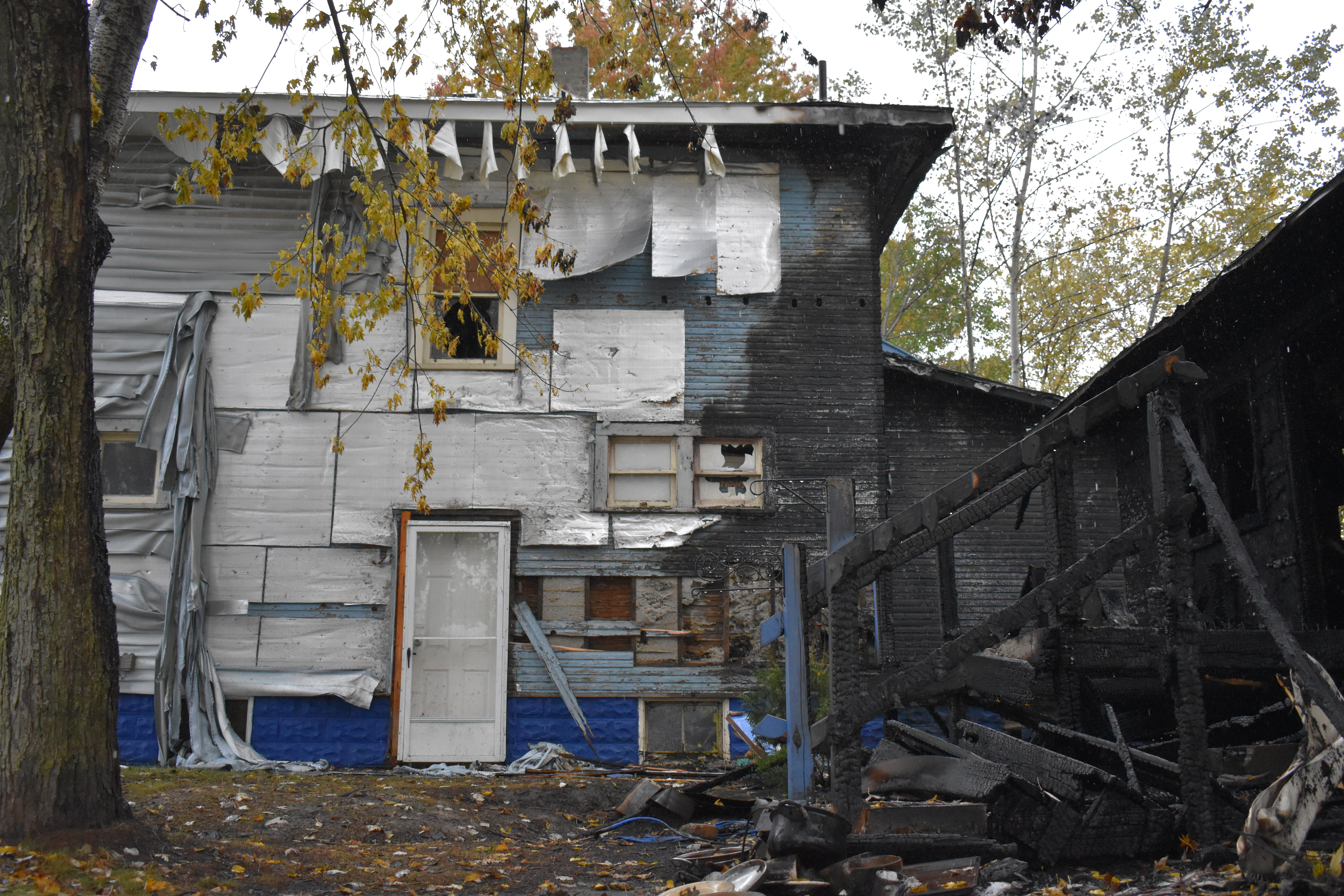 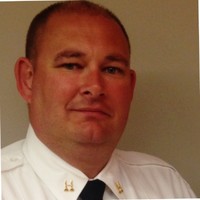