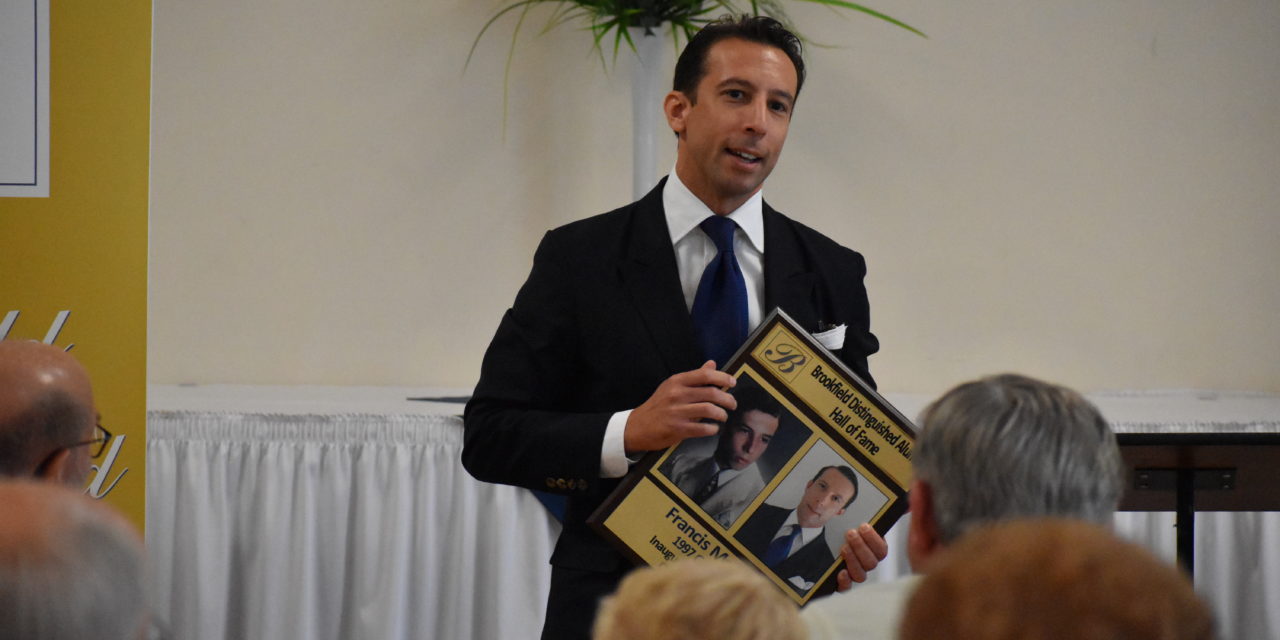 Editor’s note: This is the fourth in a series of stories on the inductees into the Brookfield Distinguished Alumni Hall of Fame.

When Francis McCabe asked Brookfield High School students to carefully consider opportunities presented to them, even to try something they don’t necessarily want to do because it will be hard or not fun, he speaks from example as to the potential benefit.
The 1997 Brookfield High graduate attended Virginia Military Institute after high school, and then was commissioned into the Marines as an officer. He spent seven years in the Marines, served three tours of duty in Iraq – he was a member of the initial invasion force – and taught Saudi Arabian Marines how to respond to critical infrastructure attacks.
McCabe said he left the Marines with the intention of going to business school, but another opportunity came his way. A VMI professor asked him to work on a project flying VIPs around Afghanistan.
“I took him up on it because it sounded interesting,” McCabe said. “I stayed for almost two years there, and I lived in Kabul, Afghanistan, which is the capital, and essentially managed a small airline of helicopters and planes and flew various people all over the country.”
He said he enjoyed seeing “a lot of Afghanistan that most people never see.”

“That was a fun time, exciting,” he said. “It was exciting because Kabul was actually a pretty cool place to be at that time. It wasn’t as dangerous as it is now. There’s a lot of international people there, there’s a lot of things to do, a lot of history there.”
After those two years, he went to law school to study financial law. Because of his experiences overseas, “I wanted to do finance related to the building and construction, development of energy and infrastructure projects,” McCabe said.
McCabe said he has participated in the building of wind farms, solar farms, and gas and oil facilities that produce electricity.
“Most of the projects that I deal with are not actually in the United States,” he said. “Most of them are built elsewhere, particularly South America or Africa or somewhere else where there’s an economy that’s not as strong or as vibrant or as developed as the United States’ is.”
These projects can transform the economies and ways of life of the communities in which they are built, McCabe said.
“It’s helping in some ways to not just go provide money and enrich international corporations; it’s actually going to develop communities that wouldn’t otherwise have electricity or running water, because these plants are built to help build these communities up, help bring them out of poverty,” he said.
In addition to examining opportunities, McCabe asked the students to set goals for themselves, write them down, revisit them periodically to see if they have been accomplished or are still relevant, and to set new ones.
“None of you that don’t write your goals down will see any difference in your life,” McCabe said. “You might accomplish goals that you think about, ‘I kind of want to do this,’ and you go do it. It won’t be as impactful for you, and maybe you won’t accomplish as much as you actually could if you didn’t think about and write down what those goals were, and how you can achieve them.”
Today’s high school students have it much harder than he did, McCabe said, because the internet and social media takes you away from setting goals, doing something that is important and thinking about how one wants to lead his or her life.
Having said that, living a harder life can be beneficial, he said.
“In my experience, you’re not gonna find better people or more driven people, or people that can make a real impact on their communities, on their societies, on their country, and on the world than the people from this area right here in Brookfield,” McCabe said. “I really mean that. There’s nothing different or in any way makes the people that graduate from here disadvantaged or behind or in some ways not able to compete. Quite frankly, it’s quite the opposite. The world is looking for people that come from places like Brookfield, where things are not particularly easy, the path is not a straight line, things are not just given to you.” 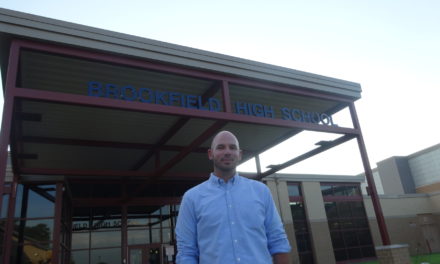 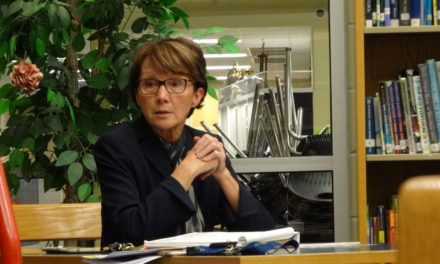