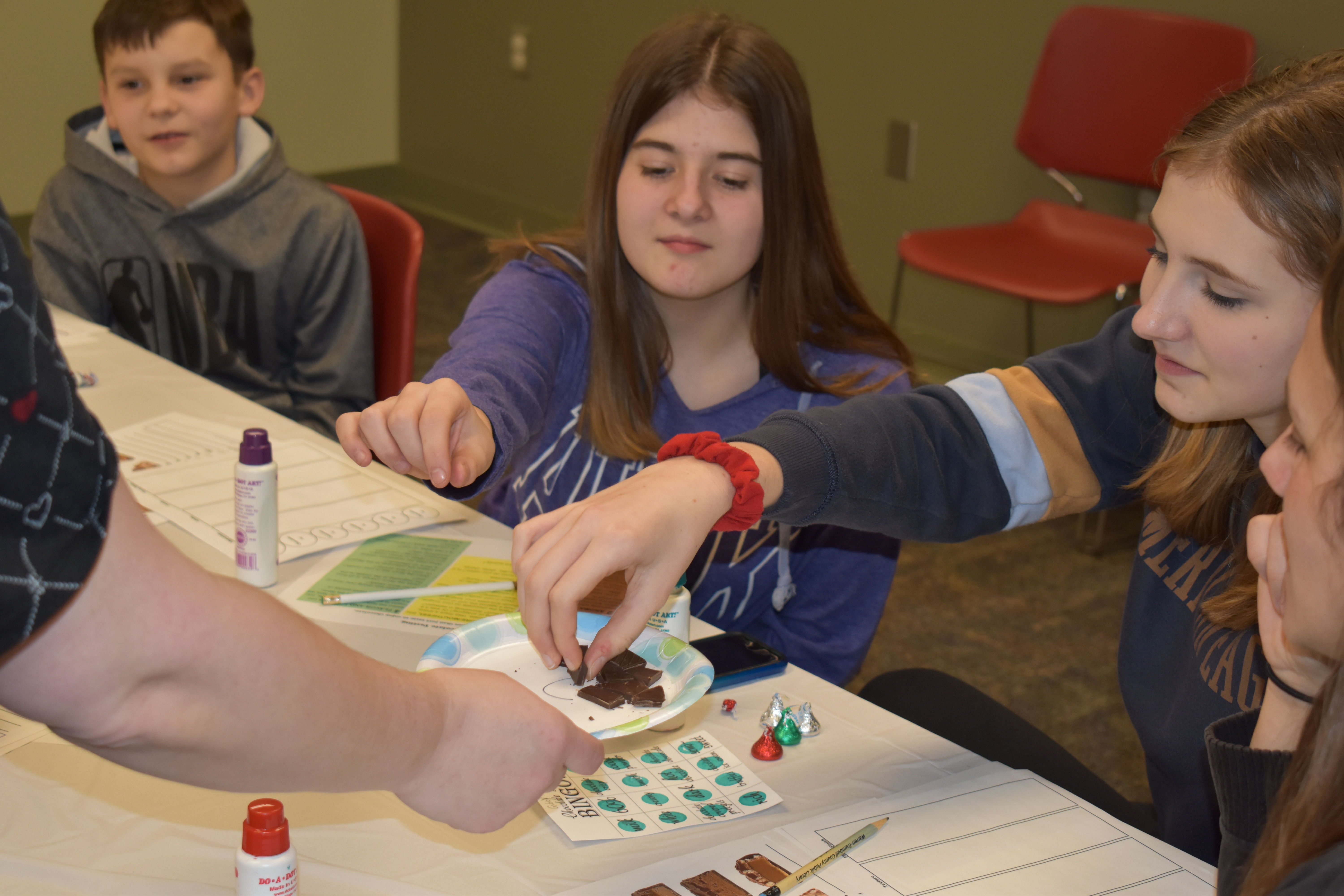 Danika Davis selects a chunk of chocolate. Amber Rutledge readies to take a piece and Brandon Evans is at left.

Having previously handed out pieces of white chocolate, milk chocolate and two kinds of dark chocolate, Amanda Murphy gave away chunks of another kind of chocolate that she knew would catch the kids off guard.
At first, it tastes like milk chocolate, but then something happens.
“I feel it on my tongue and the back of my throat,” said Kyleigh Lasko, 14, of Brookfield.
She could feel a little heat, a little tang as her chewing unleashed the chili within the chocolate. Julia Lasko, 9, Kyleigh’s sister, said she was surprised by it.
“Delicious,” Kyleigh summed up.
Murphy, assistant manager for youth services for the Warren-Trumbull County Public Library, presented Chocolate Fest Feb. 19 at the library’s Brookfield branch. She said she has held the program off and on over 15 years, the idea coming from a visit to the Hershey Story Museum in Hershey, Pa., where she attended a chocolate tasting.
“It was really cool to look at the chocolate and taste it in a different way,” she said. “I said, ‘I gotta do this.’”
Chocolate tastings are similar to wine tastings, Murphy said, and she asked the children in attendance to consider each piece’s aroma, texture, appearance, flavor and finish.
Amber Rutledge, 13, of Hermitage, said she liked the dark chocolate best.
“I’m not really a sweet person,” she said. 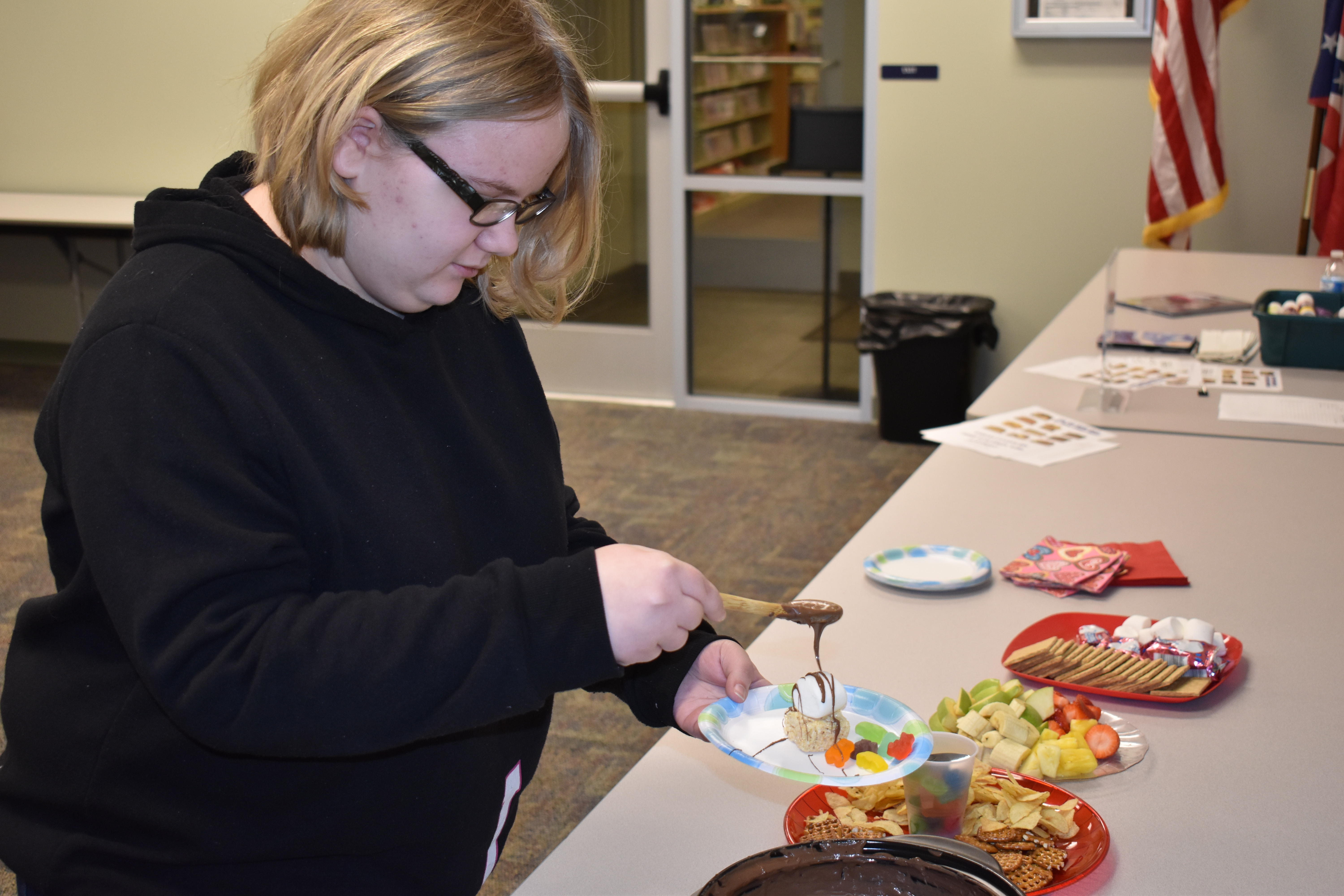 “I hate dark chocolate,” Julia countered, taking particular distaste for 90-percent dark chocolate.
They also sampled chocolate with sea salt, and Kyleigh said the sweet and the salt balanced each other well.
“They were different,” Amber said of the chili chocolate and sea salt chocolate. “Probably not something I would have tried on my own.”
Murphy led the kids through chocolate bingo with Hershey kisses and bars as prizes, asked chocolate trivia questions, and presented photos of cross-sections of common chocolate bars and asked the kids to identify them.
Once those activities were out of the way, it was time to get “sugared up,” as she called it, and unleashed them on the melted chocolate she had available to drizzle on Graham crackers; apple, pineapple and banana chunks; gummy bears; pretzels; potato chips; and marshmallows.
Danika Davis, 14, of Hermitage, said Chocolate Fest made her think of chocolate differently.
“I wanted to come to something new,” said Brandon Evans, 12, of Brookfield, acknowledging he’s not a big chocolate fan, but was glad he came.
“I wanted to see what it was like,” Brandon said. 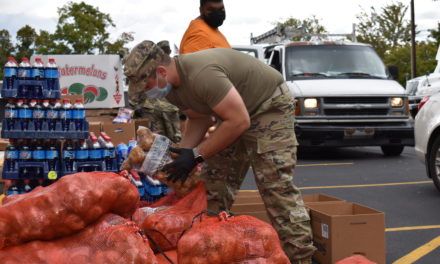 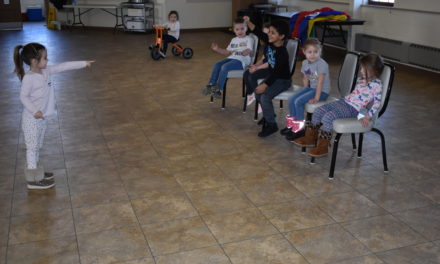 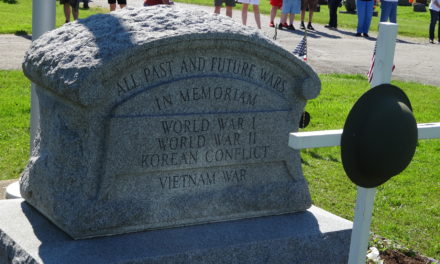 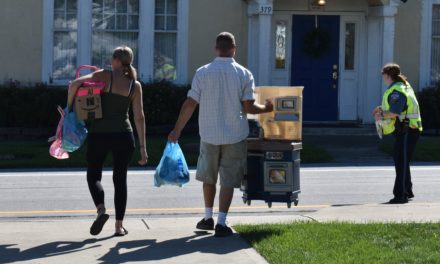