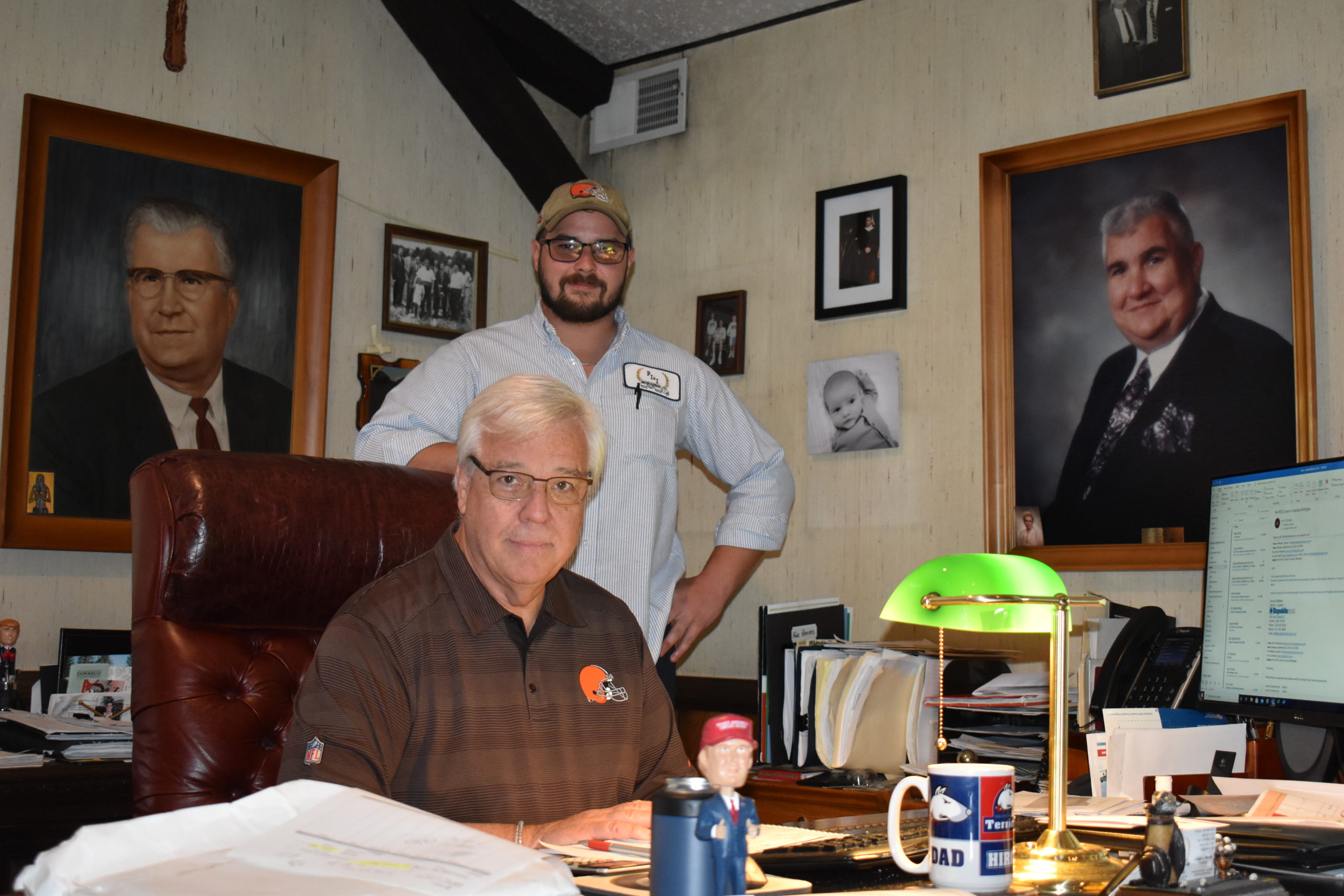 Joe Kerola, president and CEO of PI&I Motor Express, sits at his desk with his son, Jeremy, standing behind him. The picture at left is Kerola’s grandfather, also named Joe, who founded the company, and at right is John Kerola, the current CEO’s father.

“Cleaning and sweeping the floors, running the sweeper, then some light maintenance on the trucks, learning how run the warehouse, tow motors, cranes,” he said. “Learned how to drive.”

Although he is now president and CEO of the Masury-based trucking company, he never strays far from the shop or the cab of a big rig.

“Still do all this stuff, from time to time, just so I can make sure I stay in touch with the guys,” he said.

The company was founded Oct. 5, 1951, by Kerola’s grandfather, who also was named Joe, in Sharon, and the name stood for Pennsylvania, Indiana and Illinois. “He (grandfather) was able to haul out of Sharon, Pa., to Indiana, Illinois, and come back to Sharon, Pa.,” Joe Kerola said. “Couldn’t deliver or pick up in Ohio, when it was very regulated.”

“It started with steel commodities and stuff on a much smaller scale,” said Maggie Kerola-Cox, daughter of the current CEO and great-granddaughter of the founder. “Basically, we were driving glorified pickup trucks at that time. Hauled cattle out, coils back from the Chicago area. Since steel sort of rocketed out of control in the early ’60s, we transferred almost entirely over to all steel commodities, and we’ve never hauled anything (else) since.” 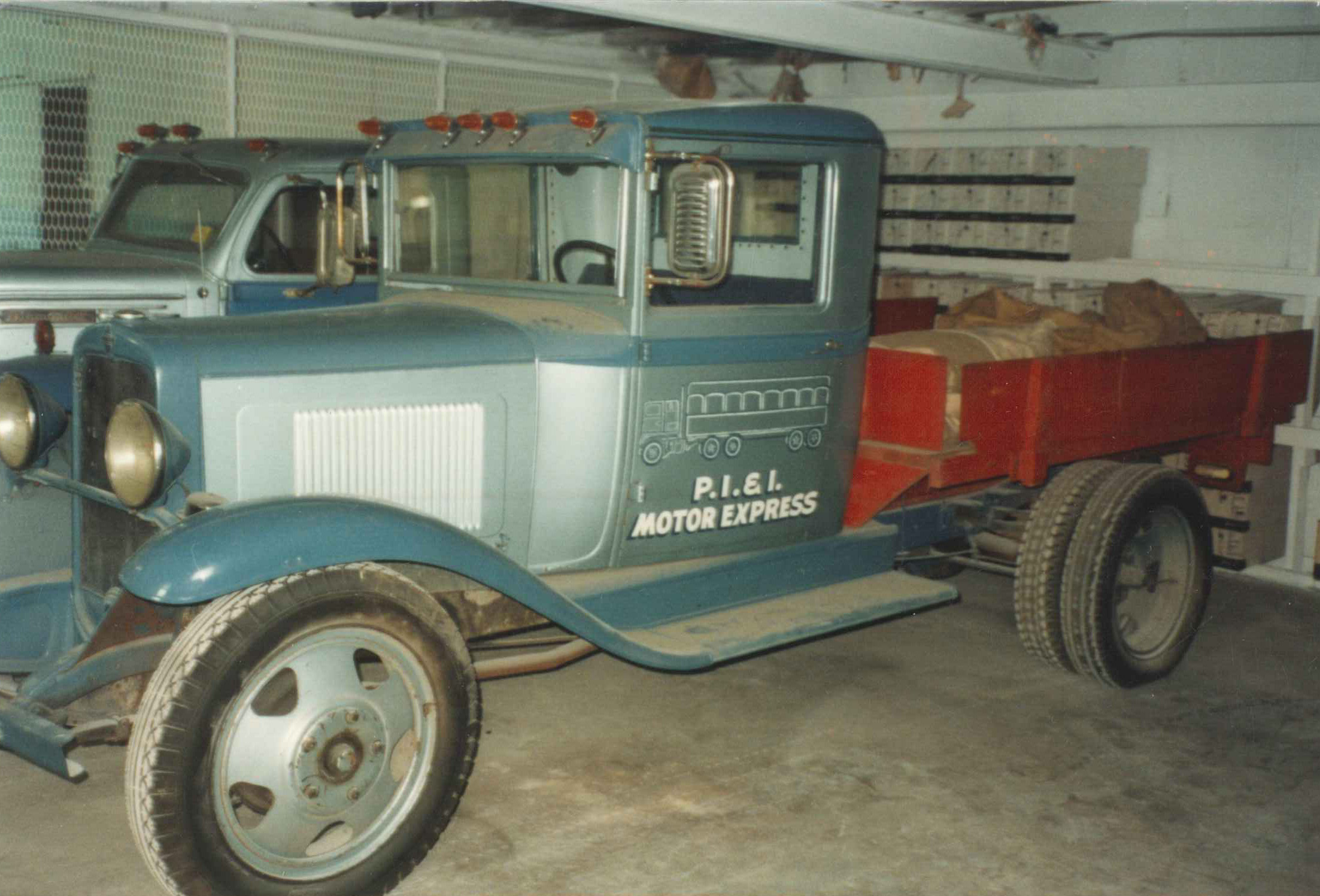 Founder Joe Kerola died in 1965, and the company passed to his son, John. When John died in 1996, his son, Joe, the current CEO, took it over. Now, Kerola-Cox, director of career and development; and her brothers Jeremy, director of special projects; and Joe, chief operating officer, make PI&I a fourth-generation affair.

“It’s beaten the odds,” CEO Joe Kerola said of keeping the business within the family, “but I think part of that is where we’re from, this valley. There’s other companies in Brookfield, Hubbard area, Sharon area, that have been here a long time, other truckers, from the ’40s, from the ’30s, that have been around even longer than us as a company. I think that’s a work ethic that this entire area has. Whether it’s the Yourgas, the Strimbus, they’ve been doing this a long time and the one thing for sure, if you’re still in the trucking business, you work real hard, and you’ve earned everything. There’s not a whole lot of easy to doing a business that is service-oriented.”

None of the Kerolas were ever forced to be in the business, but they all were given an opportunity, starting at young ages, to get their feet wet.

“We all started working here when we were 12 or 13, in some aspect of it,” said Kerola-Cox. “The boys were in the shop or I was in billing and paperwork and data entry stuff.” 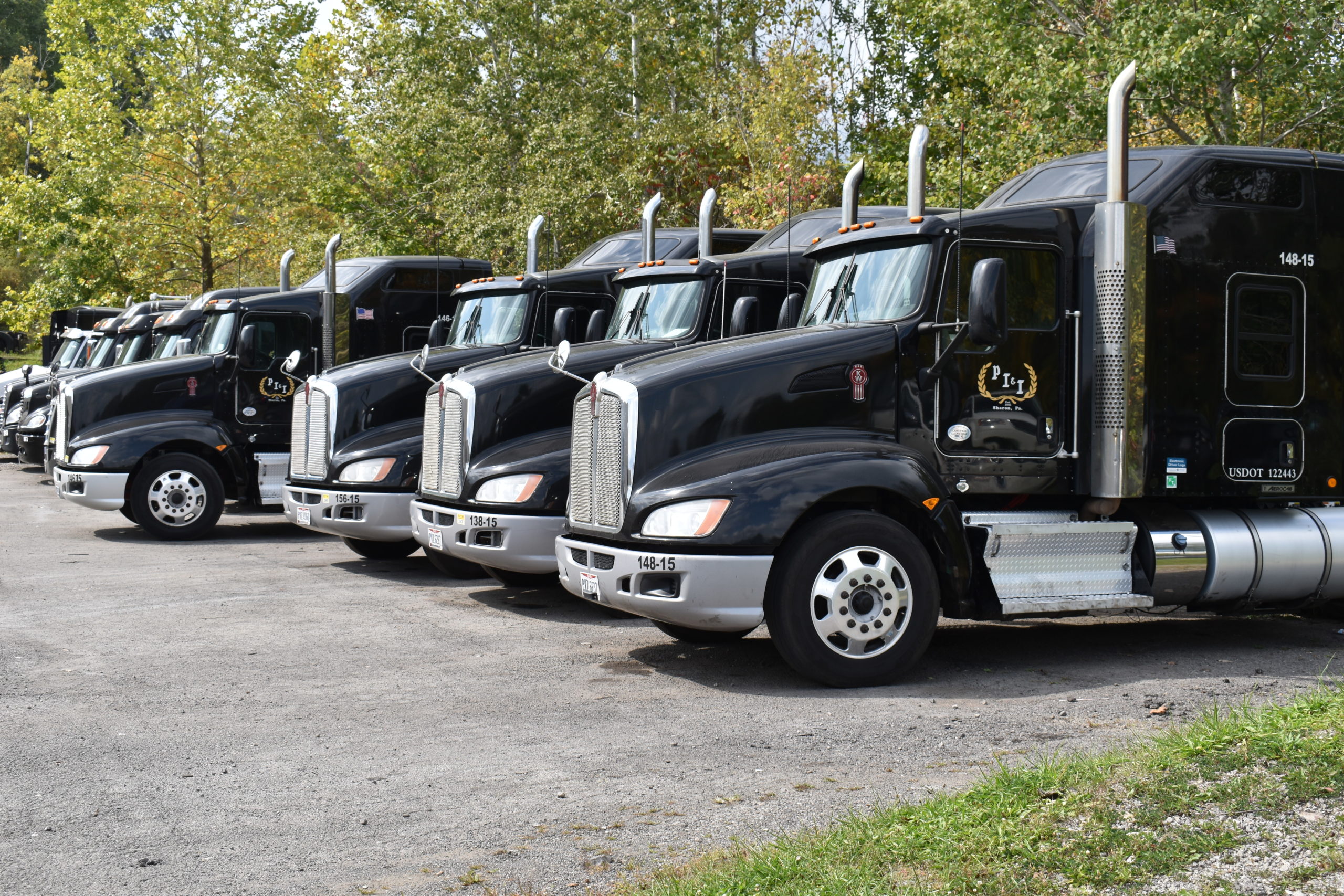 NEWS On the Green photo.

“There’s no way I can tell somebody to do something here that I haven’t done myself already,” Jeremy Kerola said. “Even at 26 years old, I’ve pretty much done every single thing that I can do here.”

The company has weathered many changes – some of them profound, such as the downturn in the steel industry in the ’70s and ’80s.

“Once that happened, we ventured out into Gary, Ind., and really solidified ourselves within the Chicago market,” Kerola-Cox said, noting the company now has 26 terminals and works anywhere east of the Mississippi River. “When steel died here, it didn’t die everywhere. We were able to branch out towards the west. We weren’t producing steel in this area, but we were still processing steel. We were hauling the middle-of-the road coils to the processors down at the end of the line.”

Deregulation changed the playing field in the ’70s, the trucking industry went through consolidations, and then the tech and housing bubbles burst.

“We’ve been through some interesting times. In ’08, ’09, we cut our size in about half,” CEO Joe Kerola said of the 800 PI&I trucks that were running before then.

Company leaders looked at how they were doing business, and how they would have to do business to compete in a changed landscape.

“We’ve come back a little bit, but we’re doing it, I think, a lot more strategically than just growing to just grow,” CEO Joe Kerola said. “We’re looking and trying to associate ourselves with good people: good customers and then good drivers, good independent contractors, good sales agents, good people within the company, and we’ve been fortunate, I think. We just try to do what’s right. It’s not always popular. We just try to work hard to make sure our people are taken care of.” 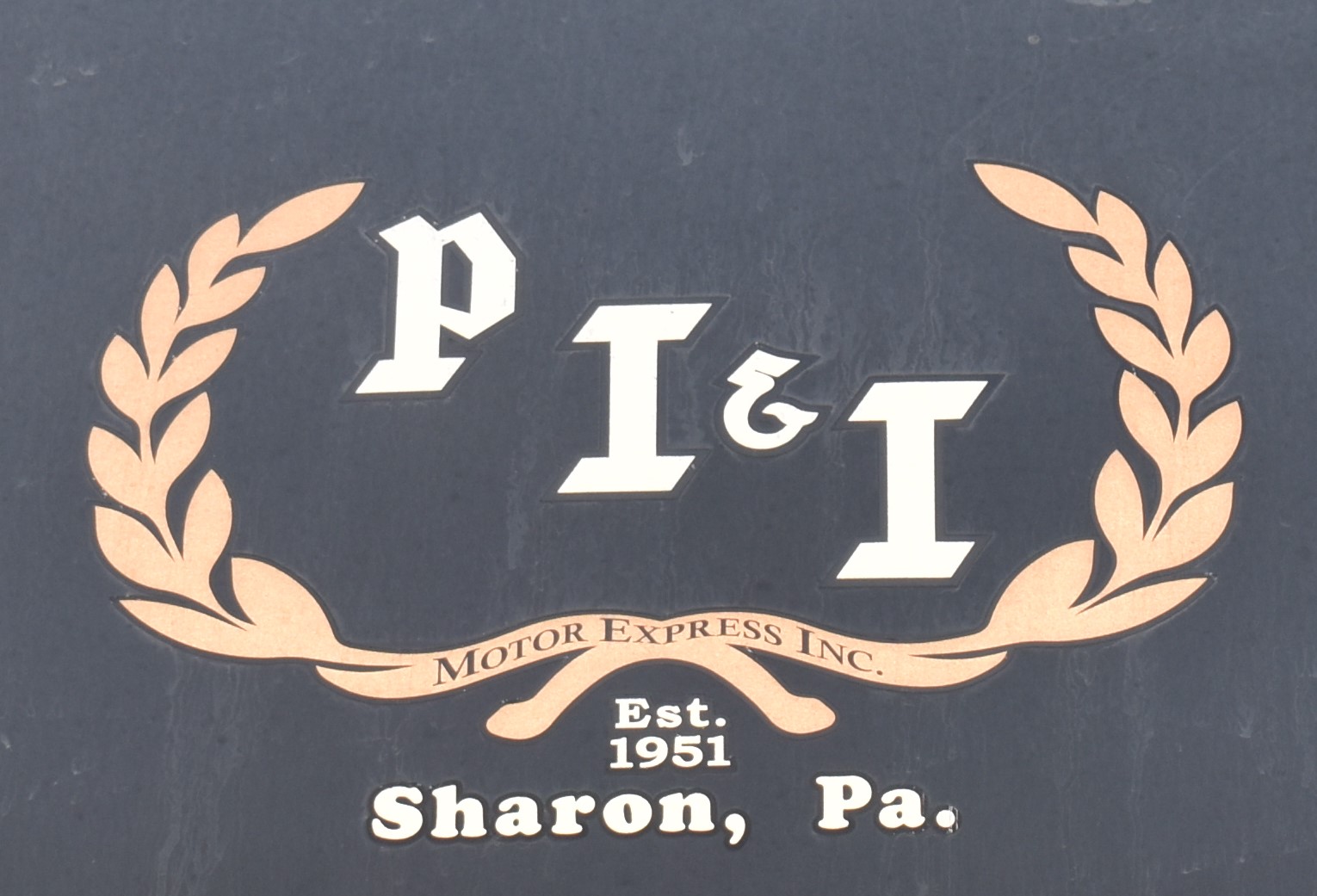 They took care of their people when the COVID-19 pandemic hit and business tailed off. Jeremy Kerola, who joined the company in July 2019, spearheaded an effort to use federal Payroll Protection Program money to keep company drivers receiving an income until work picked back up.

Training is a priority, because flatbed truck driving is a dirty job that requires attention to detail, a killer work ethic and the ability to work well with people. The company has started a program to train potential drivers to get their commercial driver’s licenses, working with Flying High of Youngstown, and also has a rigorous training program for new CDL drivers and drivers who may have van or dump truck experience, but haven’t driven a flatbed. Flatbed drivers are responsible for securing the load after its been placed on the trailer, so drivers have to know what they’re doing and have the proper equipment to do the job before they pull in, Kerola-Cox said.

“If we do that (keep safety as the priority), treat our customers right, treat our employees and contractors right, I think we’re positioned to be very successful in the future,” said CEO Joe Kerola, who prefers to think of PI&I as standing for “pride, integrity and innovation.”

Jeremy Kerola said he carries “a sense of duty that we keep caring for and supporting the individuals that help us.”

“The more that we can support the community, the more we can give back to individuals, help whoever we can help, that’s what I take pride in,” he said. 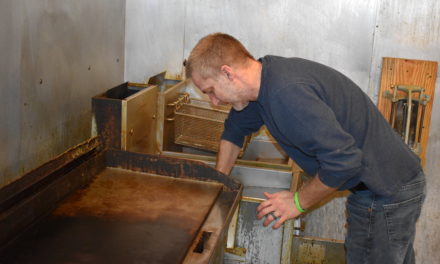 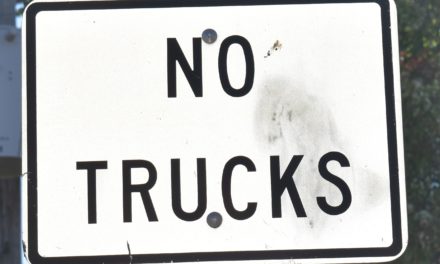 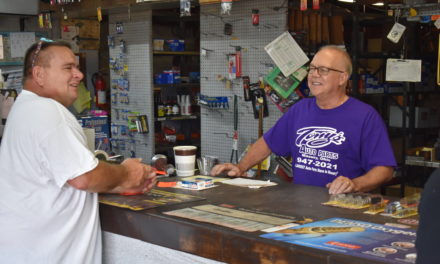 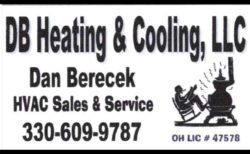