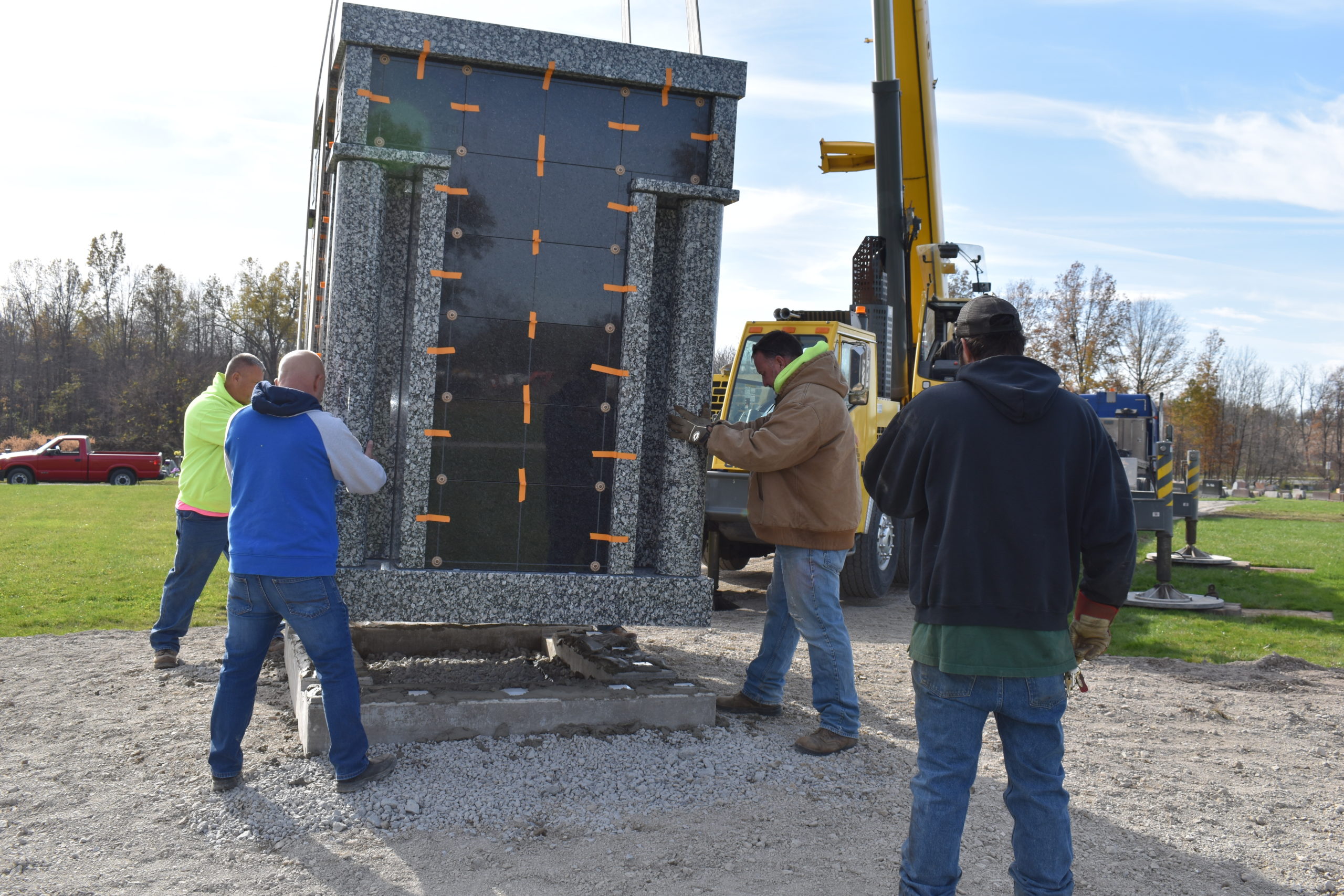 Brookfield road crew members Matt O’Dell, left, and Mark Hughes, second from right, and Jim DeChristefero of Niles Monument position a columbarium as a crane operator with T. Bruce Campbell lowers it onto a pedestal at Brookfield Township Cemetery on Nov. 5.

Brookfield road crew members have begun the process of opening up a new section of Brookfield Township Cemetery by installing a columbarium, a mausoleum for cremated remains, to act as a focal point.
The 26,500-pound columbarium, the first in the cemetery, was installed Nov. 5, place on a base made of four yards of concrete.
The new section is in the back of the cemetery, on property that used to be part of the Brookfield High School track.
The Romanesque-style columbarium will be placed in the center of the new section, and serve as the focal point. The plan is to lay a concrete walkway and install landscaping in the spring.
The ground of the new section will need to be scraped and graded to level it off, and surveyed, likely by an outside firm, Fredenburg said. There is a gas line running along the western edge that will have to be avoided, but the section likely will be able to hold 300 and 550 graves, for traditional full-body burial, in-ground cremains interments and columbarium burial, of which there will be space for 124.
The existing part of the cemetery has about 50 graves left for sale, and most of those were bought back from families that decided not to use them, Fredenburg said.
“We definitely need the graves,” he said.

Once the new section is open, “They’ll be good for quite a few years – maybe 50,” Fredenburg said.
Another section of vacant, former track is available for future development.
Township officials still need to set policies and prices for cremation burials.
“That’s our wintertime project, to get all that squared away,” Fredenburg said.
If all goes well, the first burial in the new section could occur next summer, he said.
The columbarium was purchased for $42,690 from Coldspring USA, with $22,000 coming from grants from AEP Ohio and the Kirila, O’Brien and Strimbu foundations, and the rest from a capital improvement line item in the cemetery budget. The foundation, walkway and landscaping cost was estimated at $15,000, also coming from the cemetery budget. 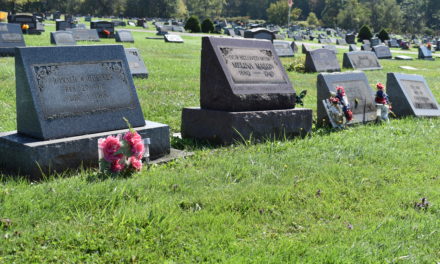 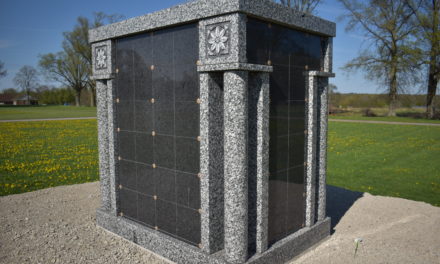 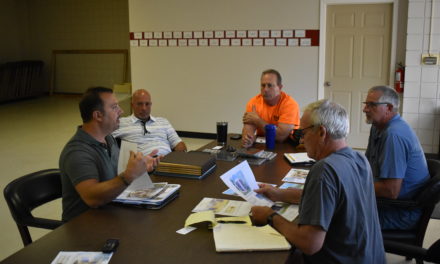