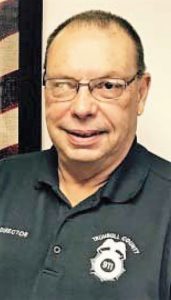 Trumbull County 911 Director Ernest G. Cook pleaded no contest Jan. 14 to two charges related to an accident in which a skateboarder ran into his car July 14, 2018, in Brookfield’s Valley View neighborhood.

Cook, 69, pleaded no contest to charges of loss of physical control while under the influence and failing to report an accident, according to records posted at Trumbull County Eastern District Court, Brookfield.

Trumbull County Director of Human Resources Richard Jackson could not immediately be reached to discuss whether this conviction will have any impact on Cook’s employment status.

A voicemail message left for Cook was not immediately returned.

The skateboarder, Michael A. Ischo, who was then 17, was eastbound at about 10:30 p.m. on Sunnydell Drive, attempting to turn right onto Crestwood Drive, when he realized he could not make the turn without running into Cook’s Mustang, police said.

Brookfield police, who responded to the scene before Ohio Highway Patrol arrived and who were informed by Ischo’s father that Cook was driving the car, went to Cook’s home at 7144 Wildwood Drive, Brookfield, police said.

In a conversation Jan. 15, Cook said he was glad the case, which is something he has had 2.5 years to “ruminate over” is complete.
“This is something that I took very seriously,” he said. “I took accountability up front. I cooperated up front.”
He said he thinks about Ischo and says prayers for him that “he didn’t hit the front of my car.”
Cook said he was driving about 20 mph – the same speed he told police, and a speed his son estimated at 15 to 20 mph – and said Ischo was wearing dark clothing. Police reported the time of the crash as 8:15 p.m.
“I just didn’t see him,” Cook said.
Cook said he did not know whether the plea would impact his job, and said he had not talked to anyone within the county about his job status. He noted he was off duty and was not in a county-owned vehicle.
“I wasn’t on the job,” he said.

Jackson said Jan. 19 that Cook’s employment status will be discussed by the county commissioners Jan. 21. 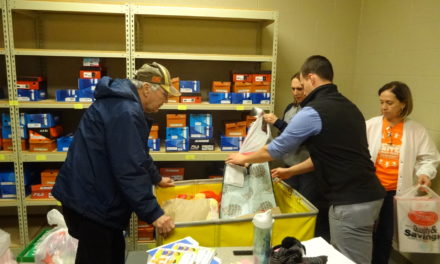