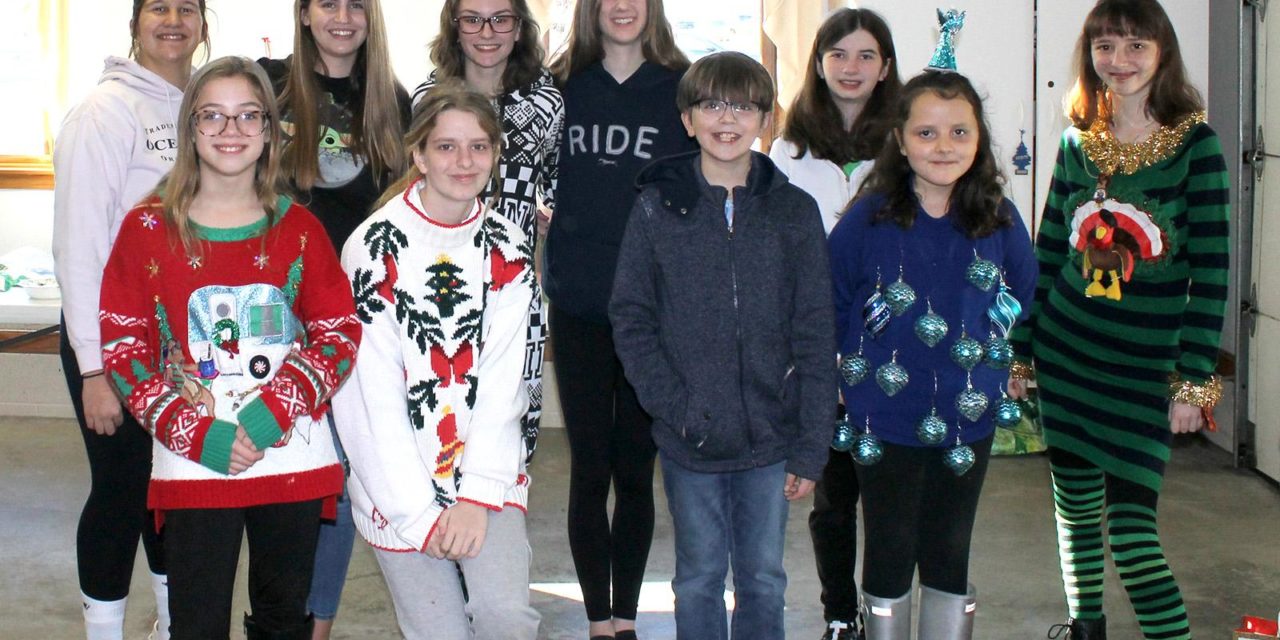 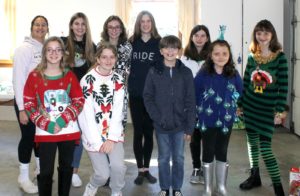 The scoop is as follows: The club dished out a new president, 17-year-old Jorja Bonar, a senior at Mathews High School.

Bonar, a previous club secretary, was the environmental officer for the past two years, but she decided to twist things up a bit by running for president. She hopes to lead the club into a fun and organized year where everyone feels involved, while sprinkling a little volunteer work into the mix.

“Being in 4-H has given me many experiences,” Bonar said in an interview. “I have grown in leadership, communication, and organization. I have also met a great group of friends and made lasting memories.“

Bonar, whose favorite ice cream toppings are peanut butter, marshmallow cream, and jelly, has shown rabbits at the Trumbull County Fair throughout her 4-H career. She has won many awards with her pet rabbits, including Outstanding Project and Second Place, Doe and Litter.

“But 4-H is so much more than those ribbons.” Bonar said, “I have gained more knowledge on animals’ anatomy, care, showmanship skills, communication skills, and so much more than I ever could have imagined.” Bonar plans to attend college and major in biology.

Former president, 18-year-old Emma Wylie, a 2021 graduate of Hubbard High School, will be serving this year as the club’s secretary.

Meanwhile, Brigid Wagner-Donlin, 14, remains frozen as the club’s treasurer, a position she has held for the past four years.

The club also re-elected Natalie Bancroft, 13, as the club’s recreation officer. She will continue to add flavor and top off the meetings with fun activities and games.

Fourteen-year-old Alessandra Matteo was chosen to serve another term as the club’s news reporter.

Newly elected Lara Bodo, 14, will sauce the meetings as the club’s environmental officer.

Twelve-year-old Courtney Knight was newly elected to be the club’s photographer, freeze-framing club memories with her images.

But these weren’t the only changes made to Brookfield 4-H Friends’ offices. The club also churned out a new batch of first-time officers.

The pint-sized Oliese Matteo, 9, double-dipped when she was elected as the club’s health and safety officer.

Gabriel Bonar, 10, was also elected to be the club’s historian, adding the cherry on top of it all by collecting club memories.

Cold weather or not, Brookfield 4-H Friends moves on in the world, proving that it is never too cold for ice cream.

If anyone is looking to join 4-H and participate in fair activities, the deadline for enrollment is April 1. Contact Ashlee Meardith at the Trumbull County Ohio State University Extension Office at (330) 638-6783.