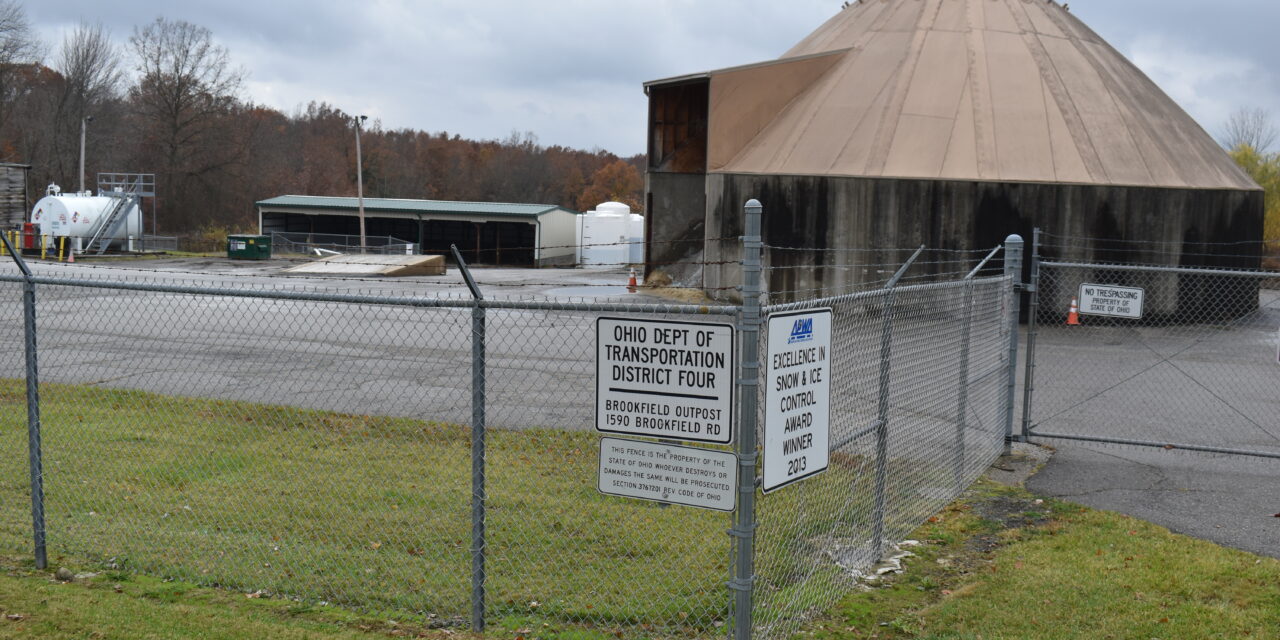 Ohio Department of Transportation recently opened a new maintenance facility on Belmont Avenue in Liberty Township. While ODOT has not given up on its maintenance facility on Route 7 in Hubbard Township, it plans a much smaller operation there. That left open an opportunity for the Trumbull County Engineer and several local governments, including Brookfield.

The county has maintenance facilities in Warren and Cortland, from which snow plow trucks are based. It will now have five trucks based in Hubbard, and those trucks will serve the southeast portion of the county, including Brookfield, said county Engineer Randy Smith. This will shave off approximately 20 to 30 minutes of drive time to the respective communities when there are call outs for winter snow storms. The new facility also should save fuel costs and wear and tear on the vehicles, he said.

“Because they’re gonna be close, the county’s gonna have a lot better response time,” he said.

The new facility also gives the county a new place to store salt, and it will not have to keep salt in Brookfield’s salt dome, Fredenburg said.

“It’s a pain in the a–,” Fredenburg said of the arrangement that requires township workers to try to keep the county’s salt separate from the township’s mix of salt and antiskid. “It’s in the way,” he said.

Brookfield buys salt in a county-wide cooperative agreement and will be able to go to Hubbard to pick it up instead of going to Warren, saving fuel costs and wear-and-tear on Brookfield trucks, Fredenburg said.

If Brookfield has an excess of road materials, such as asphalt millings, it might be able to keep them at the county facility in Hubbard, he said.

The lease is for one year with a one-year renewal option. The county pays for utilities at the site, but is not paying rent.

Liberty and Hubbard Township also will have access to the Hubbard facility.