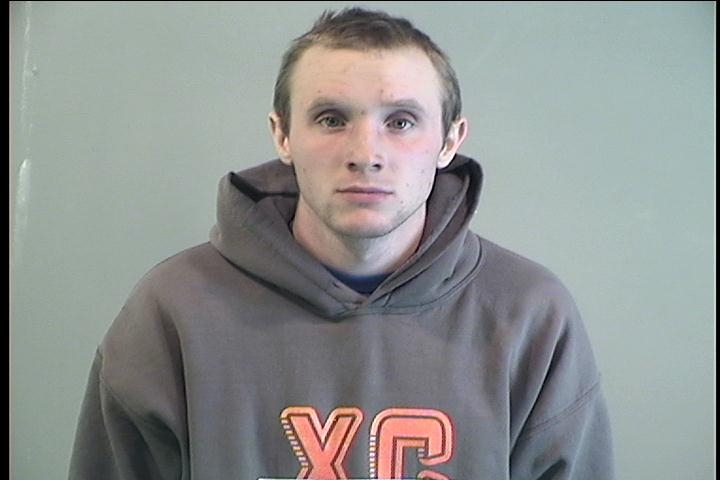 Brookfield police said they would have been justified in using deadly force against a Masury man who tried to stab two officers, but brought Trae Biondi under control with several Taser stuns and old-fashioned brute force.

Police said they were called at 11:32 a.m. Tuesday to Biondi’s home at 8179 Edmond St., after he argued with his ex-girlfriend. He had told police he would leave to cool off, and police also left.

However, police said, they were called back at 12:50 p.m. with a report that Biondi was dragging a cat around the home.

The ex-girlfriend told police he had been dragging her around, and showed marks on her hands and ankles, police said.

When police told Biondi he was under arrest, he moved toward Detective Aaron Kasiewicz and, during a struggle, Biondi pulled out a folding knife, police said. Lt. Pete Gibb joined Kasiewicz in trying to subdue Biondi, who was trying to stab Kasiewicz, police said.

Gibb used a Taser to stun Biondi in the head at least three times, which allowed Kasiewicz to force the knife out of Biondi’s hand and throw it across the room, police said. After Biondi was Tased again, police were able to handcuff him, police said.

During the struggle, Biondi scratched Kasiewicz below his right eye, police said.

Gibb was driving Biondi to the police station when he noticed Biondi making up and down motions in the back seat. When asked what he was doing, Biondi said he was killing himself, police said.

Gibb stopped the car and found that Biondi had wrapped the shoulder belt around his neck three times, was leaning toward the middle of the car and his face was reddening, police said.

Gibb called Kasiewicz to the scene, and Kasiewicz used a knife to cut the belt to free Biondi, police said.

Biondi was treated at a hospital and later released to be taken to Trumbull County Jail, where he is being held on $500,000 bond.