Brookfield trustees said they are gathering information to set the specifications they will seek in a new fire chief.

Chief Keith Barrett retired at the end of the year and the trustees named Capt. Dave Coffy as interim chief.

“We’ve all been going around and talking to different fire chiefs throughout the area, getting ideas on what they think we should be looking for,” Trustee Ron Haun said Monday.

“We’re going to be, probably, having a meeting and getting together on those qualifications and making a decision on the route that we’ll go,” he said.

Members of the fire department have asked to meet with the trustees, Haun said.

“We’ll probably meet with you guys, one of us, and get your input on what you’re looking for out of a chief,” he said. “Then, what we’ll do, we’ll decide how we’re going to start the search and start making it happen.”

Trustee Dan Suttles said the trustees want to fill the position as soon as they can, but don’t want to make a rash decision.

“I don’t want to rush into it, because I think it’s a critical position,” he said. “I also don’t want to drag our feet and be leaderless for six months. We’re in the process. It’s one of our priorities, I think I can speak for all of us.”

At a Jan. 24 meeting, Suttles had said, “When we bring in a new fire chief, we want to act like it’s the first fire chief in the township.” 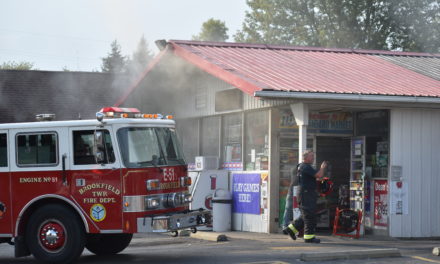