So, if you removed a lung from your chest and spread it out thin, how much area would it cover?

The answer is at the end of this story, but a new question arises: Why would anyone want to know that?

Perhaps, it’s one way to attract the attention of young people. After all, the question was asked during the Jan. 23 Cleveland Clinic Adventures in Health Science and Medicine program, which Brookfield Middle School is participating in.

The nine-week program introduces eighth-grade students to medical disciplines and careers, such as radiology, physical therapy and pharmacy. Classrooms connect by web conference, and students have the ability to interact with the presenters.

“I want to be in this class to just open up my mind to new careers,” said Brookfield student Zoe Steele. “I didn’t really have any interest in the medical field, but I thought it would be a good opportunity to learn what else is out there.”

On this day, the Cleveland Clinic’s Jose Ramirez talked about his work in respiratory care, the parts of and operation of the lungs, and some of the ailments that hamper lung function. He ran a student through a series of breathing tests, then showed and explained the results to the students.

Ramirez led exercises with straws and rubber bands to give the students a sense of how it feels to have restrictive and obstructive lung diseases.

For Zoe, who said the respiratory program was her favorite so far, the series has gotten her thinking about a medical career.

“I was very opposed to it at first, but I’m definitely more interested in it now that I’m in this program,” she said.

The program is free, and the Cleveland Clinic provides materials, including workbooks for the students.

“This is to provide something that we can’t,” said science teacher Nate Berry, who hosts the programs, which last for about two class periods, in his classroom. “They get to do a tour of the Cleveland Clinic every week.”

The program shows that there is more to medicine than doctors and nurses, introducing students to the jobs of X ray technician, phlebotomist and respiratory therapist.

“They are getting to explore a lot of different job opportunities,” Berry said.

Student Jia Dugan was already considering a career as a general surgeon, but the Jan. 23 program piqued her interest.

“I like the respiratory care part of this,” she said.

Principal Toby Gibson said he is happy with the student response, although participation had to be limited to 30 students.

He noted that many of the students were upset when there was a two-hour delay on a recent Cleveland Clinic day, meaning they had to miss the program that day.

Back to that whole lung thing. Ramirez said a stretched-out lung would cover about the size of a tennis court.

View a video of still photographs at https://youtu.be/4wLAwqMVA-8 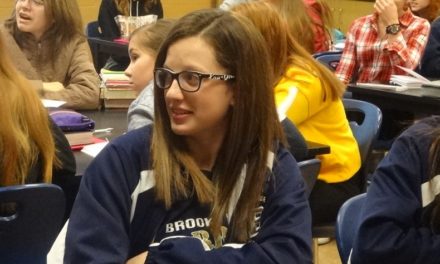 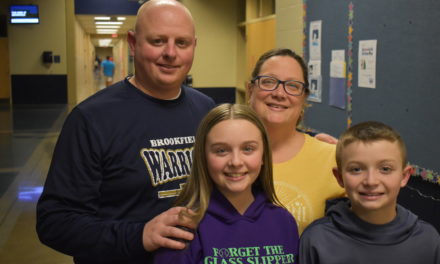 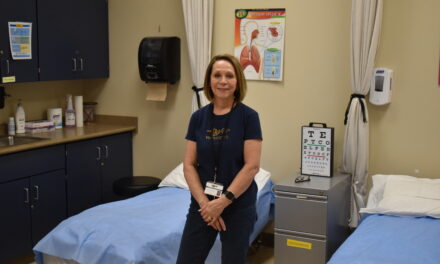