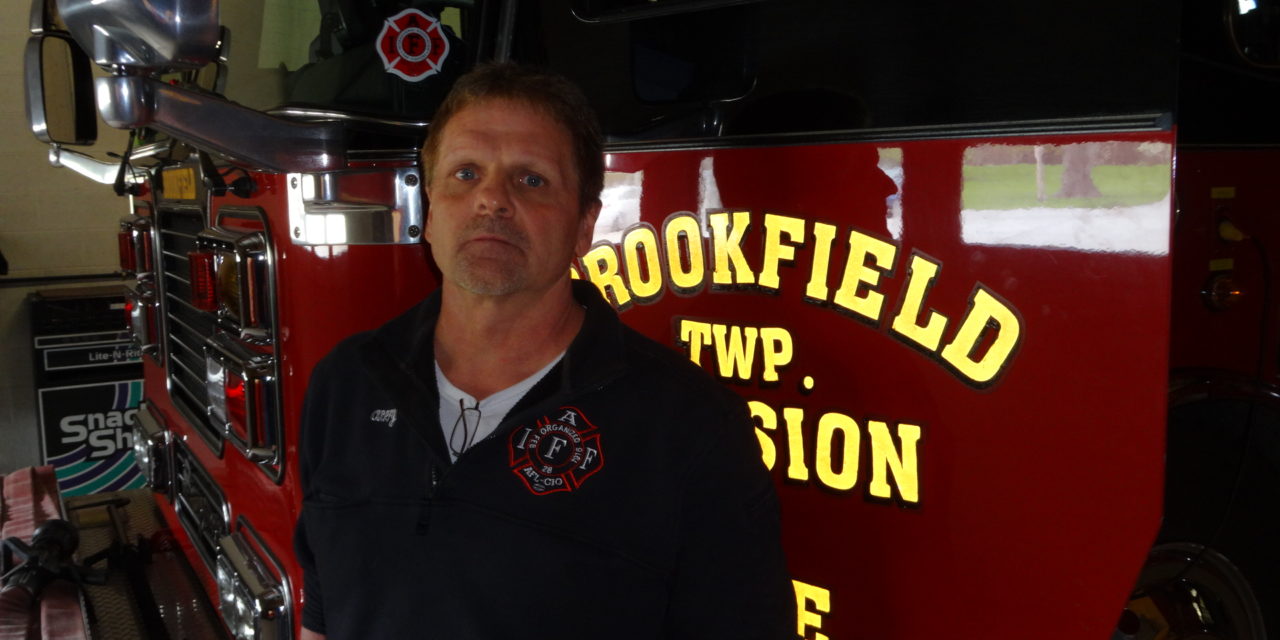 Dave Coffy had that little smile on his face that anyone who has met the captain of the Brookfield Township Fire Department has come to know, but his general demeanor was a little down.

It was Coffy’s last shift as a Brookfield firefighter. “Bittersweet” is how he described his mood on April 29.

For 40 years, Coffy has been a fire house mainstay, 38 as a paid guy and two as a volunteer.

He’s retiring, not because he wants to, but because he would jeopardize some of his pension under an incentive program for long-time firefighters if he didn’t.

At age 55, Coffy has maintained his health and physical fitness attributes, and seems to want to continue to challenge the arrogance of youth.

“Dave’s a fireman’s fireman,” said Brookfield Trustee Dan Suttles, a retired Warren firefighter, in September, when Coffy was transitioning out as interim fire chief. “If you’re in your house and you need someone to come and get you, this is the guy.”

Just like in the movies, Coffy has pulled people from burning homes, 17 in all, nine of whom survived. A 1992 call in which he safely retrieved two boys earned him many accolades, including a story in Firehouse magazine, and a verbal commendation from U.S. Rep. James Traficant, whose comments were written into the Congressional Record.

Firefighting is not a job for the faint of heart, and Coffy said he still feels a degree of fear every time a fire call goes out.

“You need to be afraid,” said the former part-time firefighter for Howland and Cortland.

He copes by understanding that he has a job to do and he is trained to do it, and by having realistic expectations of what he can accomplish.

“I don’t get excited,” he said. “I’ve always had the attitude that I didn’t start the problem, I’m just here to help.”

A “firm believer in training,” Coffy said a firefighter needs to keep up on all the different aspects of the job to be effective, and noted that the construction of homes and cars have changed so much over the years that different techniques are needed depending on the call.

“If you don’t train, you’re gonna run against the fire or the extrication that humbles you,” he said.

Not all training advances have been for the good, he said, noting that no longer being able to burn down a vacant house due to environmental concerns has robbed younger guys of vital experience. Instead, they train in stacked metal containers in which wooden pallets are set afire.

“It’s not the same thing,” said Coffy, who drove a truck and set up mobile homes in his off hours over the years.

Working in 24-hour shifts, Coffy has had his share of down time, but he doesn’t lament, as some guys have, having to test hoses and clean fire trucks with that time.

“There are a lot of people out there that would like to have this job,” he said, adding that it’s the best job there is.

“No two days are the same,” said Coffy, who will remain as a part-time firefighter in Sharon.

Coffy credited his stepfather, Dale Appis, who was a volunteer firefighter, with steering him into the fire service – probably as a way to keep him out of trouble – but Coffy found he enjoyed the adrenaline rush of responding to calls.

He found other reasons to stick with it.

“Girls love firemen,” said the native of Canton, who moved with his family to Brookfield late in his grade school years. “Plus, as a kid, you got out of school then, when that whistle blew.”

Coffy, who lives in Boardman, remembers his first fire: a barn on Warner Road that Mike Hagood, also a Brookfield fire captain, got to first.

On his first shift as a full-time firefighter, Coffy responded to the Columbia Theatre fire in Sharon that wiped out several businesses and left the theater in the unusable state in which it remains today.

“I can honestly say it feels like yesterday,” Coffy said. “It’s like raising your kids: before you know it, they’re up and gone.” 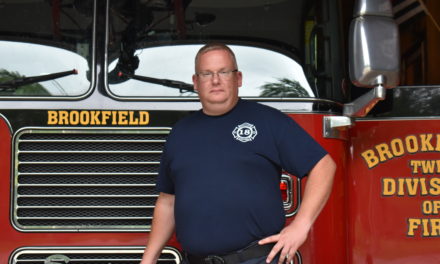 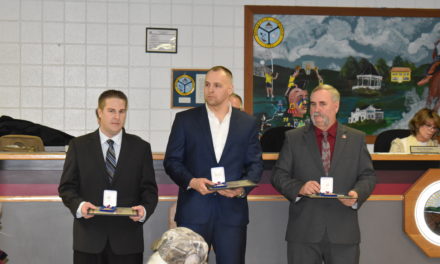