Brookfield trustees have hired a “couple of brothers, Amish brothers, that are just conscientious as heck,” to make what consultant James Elze called an “improvement cut” at Brookfield Township Community Park.
The cut has two facets: removing dead and dying trees in the concession stand/playground area to reduce the amount of falling branches – improving park safety – and thin the forested area at the back of the park to allow younger trees to grow and promote the health of the forest.
Grand River Forestry of West Farmington was hired July 22 on a bid in which it will pay the township $5,200 for the privilege of doing the work.
Two others bids were received: $4,045 and $1,112.
Grand River will sell whatever timber it pulls out of the forest. Elze and other foresters have marked the trees that will be cut.
“With all the cleanup they’re gonna have to do, that’s really a pretty good price,” Elze said.
Grand River has an Oct. 1 deadline to complete the job, and Elze will monitor the company’s work.
The money raised, minus Elze’s fee, will be put into the park improvement fund, which is drawn on for park projects.
Elze said he is charging 8 percent of the bid price, or $416.
“It’s not much for all of the time I have spent and will spend there, but that’s okay,” Elze said. “I really don’t mind donating time to public entities.” 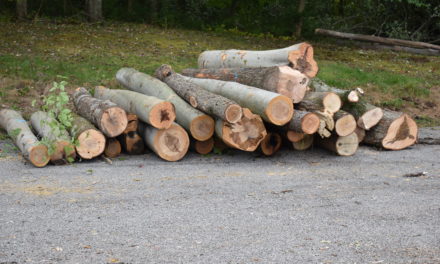