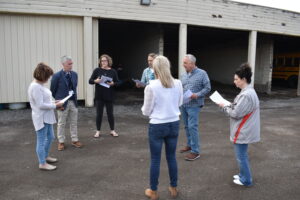 In 2018, Brookfield Local School District maintenance officials said something had to be done with the bus garage on Grove Street.

The garage was built in 1930 and added onto in 1950 and 1980. Wall blocks were falling apart, and the dirt floor was uneven, rutted and unsafe, officials said.

In 2019, Brookfield Board of Education asked voters to pass a permanent improvement levy, part of which would have been used to demolish the bus garage and replace it with a concrete pad and fencing at the same site.

The levy failed and, aside from a 2020 project to rebuild part of the wall of the original garage and improve drainage to take water away from the wall, talk of the garage fell away.

Supt. Toby Gibson told the board April 13 that, prior to a recent meeting at the garage, he couldn’t remember the last time he had been there.

“When you look at the state of the facilities, it’s not who we should be,” he said.

Gibson asked the board’s buildings and grounds committee to meet at the garage, and the committee asked the full board to take a look.

“When we walked down here, I was actually shocked, the conditions here that our employees are in,” board member Jerry Necastro said.

The board saw the dirt floors, jumbles of electrical wires, bungee cords holding the gutters on the east side pole barn, and a lack of security, save for a couple of cameras.

Maintenance Supervisor Randy Clark got quotes for improvements to the garage, to the tune of about $100,000, but Necastro said he wondered if the money would best be spent doing something different –  moving the buses to the school campus on Bedford Road.

“Instead of spending $100,000 down here, put it up there, sell this piece of property (garage),” Necastro said. “That money, we could use up there. Now, it’s all under one campus. Now, our bus drivers feel like they’re a part of the system.”

The board said the idea made sense, if it is feasible. They instructed officials to get estimates on what it would cost to create a bus area on the school campus.

“If you look around, money has to be put into this department, whether the money is here and you do it in phases or you do it up there and build it in phases,” Gibson said. “We can’t just not do anything.” 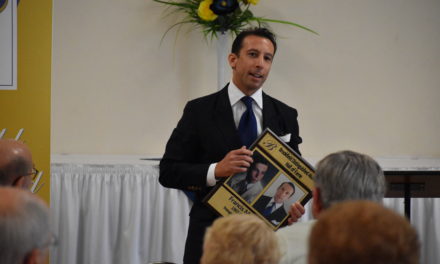