With nearly 12 years as a Brookfield Township trustee under his belt, Ronald E. Haun has a laundry list of accomplishments that he claims, from fiscal responsibility to grant acquisition. But, like challengers Clifford B. Elliott Jr., and Mark Syersak, he has things he wants to do.
Among the issues Haun has in his sights if township voters elect him to another four-year term – only one seat is open – on Nov. 5 are:
Generating more activity at Brookfield Township Community Park, such as making it available to host car shows, concerts and flea markets; finding a way to fix neighborhood flooding problems that he said have been ignored in the past; expanding the township website to make more information available to residents; seeking more grant funds for infrastructure and department improvements, heading off the need for levy requests; establishing a landlord association that would inform trustees of issues and create a dialogue between the parties; and generating more knowledge of and support for the township road department, which he said does a lot with little resources.
“I’m pretty proud the way things are going,” Haun said. “Can they be better? They can always be better and we should always try to do better. With what I’ve seen happen in the whole county, I think we’re doing OK.”

Elliott said his first goal as a trustee would be to sit down in individual meetings with the township’s department heads, get their thoughts on the township’s direction and see how the trustees can help them achieve their visions.
Of particular interest for the retired volunteer firefighter is finding a way to end the regular closings of Station 51 in Masury due to the inability to find enough part-timers to fill out the duty roster.
Elliott said he would like to create a once-a-month event in the township during the warm months, such as a family day on the green in Brookfield Center.
“Maybe get a DJ or a band in there, have a little thing on the green, cook up some hot dogs for the people,” he said. He envisions local businesses sponsoring the event, and allowing them to promote themselves and recruit, he said.
Elliott pledged to take citizen complaints seriously.
“I’m gonna take the time to go up and talk to that resident,” he said. “I’m not gonna leave anybody stranded.”
Although he has not held public office before, Syersak said his experience as a former trustee for the Hubbard Conservation Club, where he had to balance people’s wishes with the money available, gave him a taste of what he would need to do as a trustee.
The registered Democrat said his votes are not beholden to a party.
“I like being in the middle,” he said. “I don’t vote for the party.”
Syersak said the best part about living in Brookfield is “everybody knows everybody, and it’s all like a family.”
And, he’s a “cheerful,” “friendly” member of the family, he said.
“Hopefully, I can get in and try my best, see what the people want,” Syersak said. 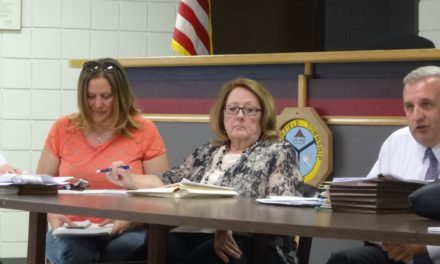 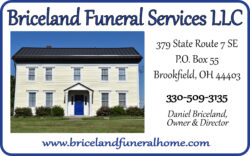